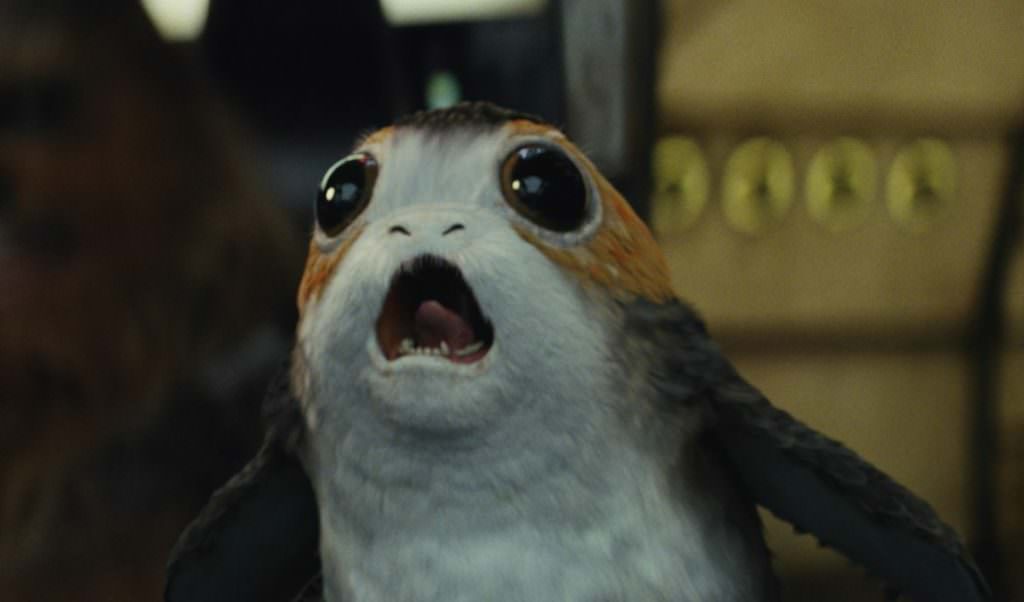 The Real Reason Porgs Were Created in Star Wars: The Last Jedi

Outside of the main mysteries and plot intrigue surrounding The Last Jedi, the porgs were by far the most distracting new feature of the franchise. Fans lost their collective minds when the adorable space aliens were first introduced, their cries were edited together into the theme song, and they were a Halloween costume favorite. Back in November we learned a little more about their design, but now creature concept designer Jake Lunt Davies has revealed that the little guys were inspired by our own amazing nature here on Earth.

When you look at porgs, what is the first earthly animal that comes to mind? A bunny? Penguins? Well, the answer should actually be puffins. Ahch-To was filmed on the Irish island of Skelling Michael, hence the beautiful deep greens and crystal blue waters. The island was overrun with the pelagic seabirds, which posed a problem during filming.

Lunt Davies explained on StarWars.com that the solution was to create the fan favorite cuddle balls. “From what I gathered, Rian [Johnson] had gone to shoot this sequence on Skellig Michael, which is the real island location that stands in for Ahch-To, and that island is covered in puffins. It’s a wildlife preserve and everywhere you look there are hundreds of birds dotted around the landscape. From what I gathered, Rian, in a positive spin on this, was looking at how can he work with this. You can’t remove them. You physically can’t get rid of them. And digitally removing them is an issue and a lot of work, so let’s just roll with it, play with it. And so I think he thought, “Well, that’s great, let’s have our own indigenous species.” We’d already started work on the Caretakers, which again was a brief from Rian. We’d just been told “puffin people.” Yeah, there was going to be this race of people and puffins again were a source of inspiration for Rian.”

Thank you, Ireland, for giving us one of the year’s greatest gifts. The Caretakers were pretty fantastic, as well. We don’t blame Luke for hiding out there. If we got to play with porgs all day, we probably would too.