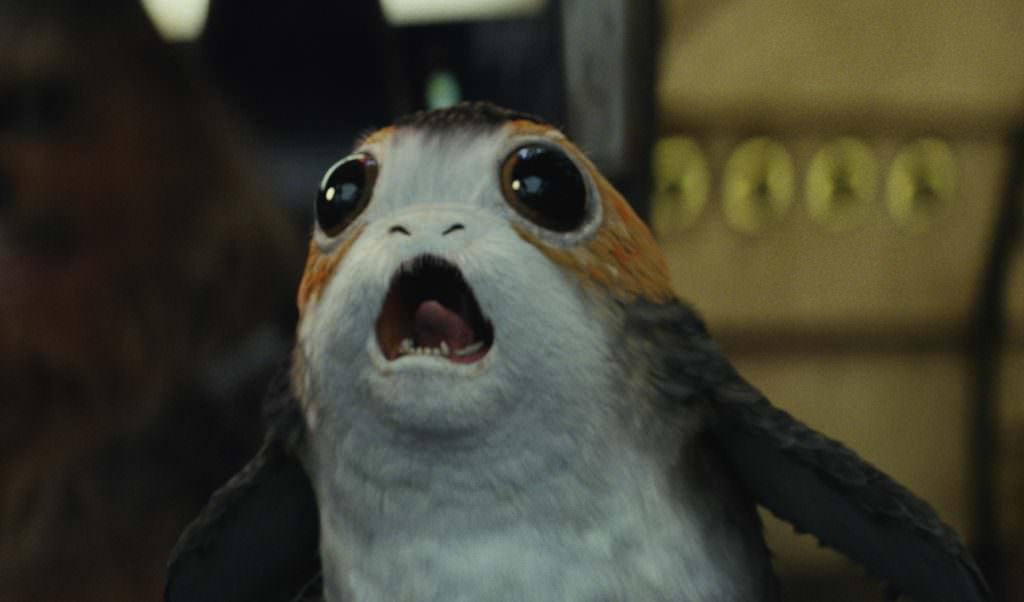 Yes, everyone really is losing it over Star Wars: The Last Jedi‘s porgs. As we wrote yesterday, ever since folks first laid eyes on them in that behind-the-scenes sizzle reel from the D23 Expo, porgs have been the ‘new cute’ in the Star Wars galaxy, picking up where BB-8 left off in The Force Awakens. The fluffy little creatures, with their tiny wings and big, shiny black eyes, were already on the radar when the latest trailer for The Last Jedi was released this past Monday night, at which point they simply won the internet. With a two second cameo in the trailer, a single porg that had slipped into the Millennium Falcon and had itself quite a scare has launched ten thousand memes, jokes, and all manner of photoshop silliness on social media. Now, one clever Twitter-er has created a hilarious video of porgs singing the Star Wars theme song, thanks to some handy merchandise and that brief moment from the new trailer.

Julian Bahmani, whose handle is @akaVolpe, has put together this nifty little tribute to the most beloved mammal (at least we think they’re mammals) in the current Star Wars rebooted franchise. Using some Garage Band skills and some porg illustrations, Bahmani has given us the Star Wars theme song no one asked for, but we should have all seen coming the second the porgs became the new cute in the galaxy far, far away.

What are porgs? Porgs are native to Ahch-To, the isolated planet where Luke has been in exile ever since his whole ‘mentoring Kylo Ren’ thing didn’t work out. Rian Johnson based the little guys on puffins, the real life birds that make a home on the island of Michael Skellig, where the Ahch-To scenes were shot. From Johnson’s imagination to the Star Wars creature shop to the effects team and voila! You’ve got yourself a porg.

You’ll be hearing from the porgs again, no doubt, and will be seeing them in action when The Last Jedi premieres on Dec 15.

Who loves Porgs? I love Porgs so much that I made them sing the @starwars theme song  #StarWars #PorgNation #Porglife #Porg #TheLastJedi pic.twitter.com/RSzYBYBdVy