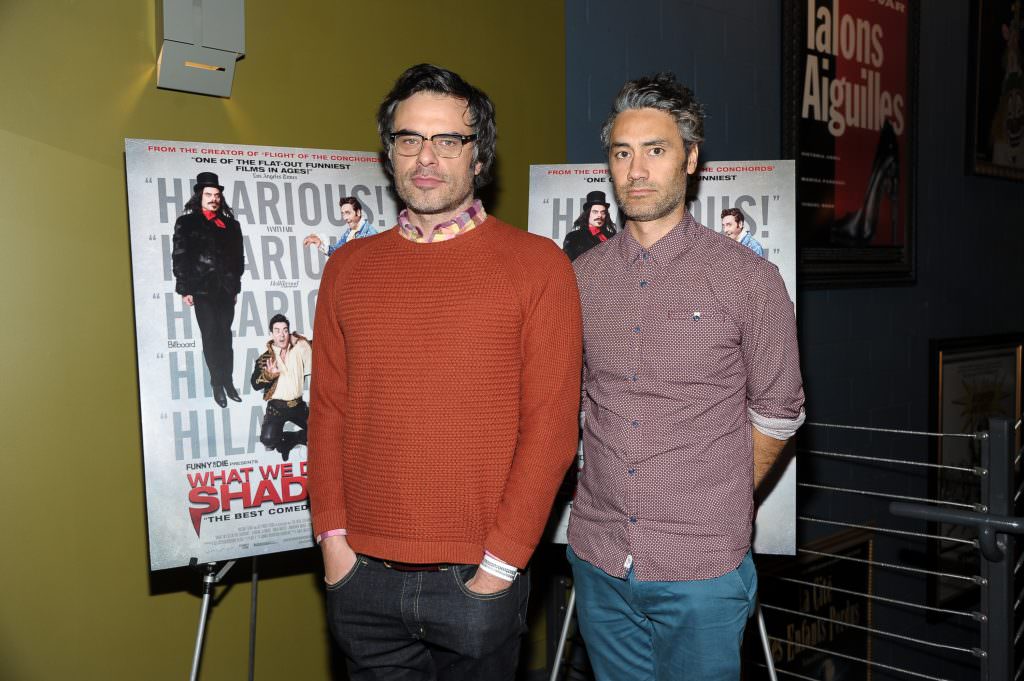 New Details on What We Do in the Shadows TV Spinoff

When we first became humble, yet maniacal, fans of What We Do in the Shadows, we never would have dared to dream what would become of our favorite vampire flat mates. We cheered when the sequel We’re Wolves was announced and burst with joy when a TV spinoff was mentioned. Now our fervor seems to be coming to fruition. This is happening, people. The show will be titled Wellington Paranormal and star Jemaine Clement just opened up about the show’s details.

Clement, half of the duo Flight of the Conchords, shot to mainstream fame with his acting career in a parallel rise to Shadows director and costar Taika Waititi. As Waititi went on to direct this year’s smash hit Thor: Ragnarok, Clement was racking up roles in Moana and The BFG.

The actor told Stuff that filming is nearly wrapped and six 30-minute episodes will air in New Zealand in 2018. The mockumentary will focus on Shadows characters Mike Minogue and Karen O’Leary, police officers who don’t quite have their finger on the undead happenings around them. The show will also feature vampire Nick (Cori Gonzalez-Macuer) who was the outcast of the group in the original film.

Wellington Paranormal will follow the same faux documentary style of the movie and involved more supernatural occurrences beyond the vampires and werewolves we’ve come to know and love. Clement stayed in character for the interview, describing incidents that occurred on set.

“We had an incident with some zombies which got pretty tense there,” Clement told Stuff. “So luckily they’re taken care of. A couple of crew members were turned into zombies – I think. It’s hard to tell sometimes. Also, some very worrying things have happened in Lower Hutt as well. There was a party in Khandallah that got a bit out of hand, too, with some undead member of the Wellington public.”

New Zealand sounds like a lovely place to visit. We’re booking our trip as soon as the premiere dates are announced. Of course, in the age of internet, hopefully it will get picked up for American distribution shortly thereafter.

TAGSWellington Paranormal what we do in the shadows