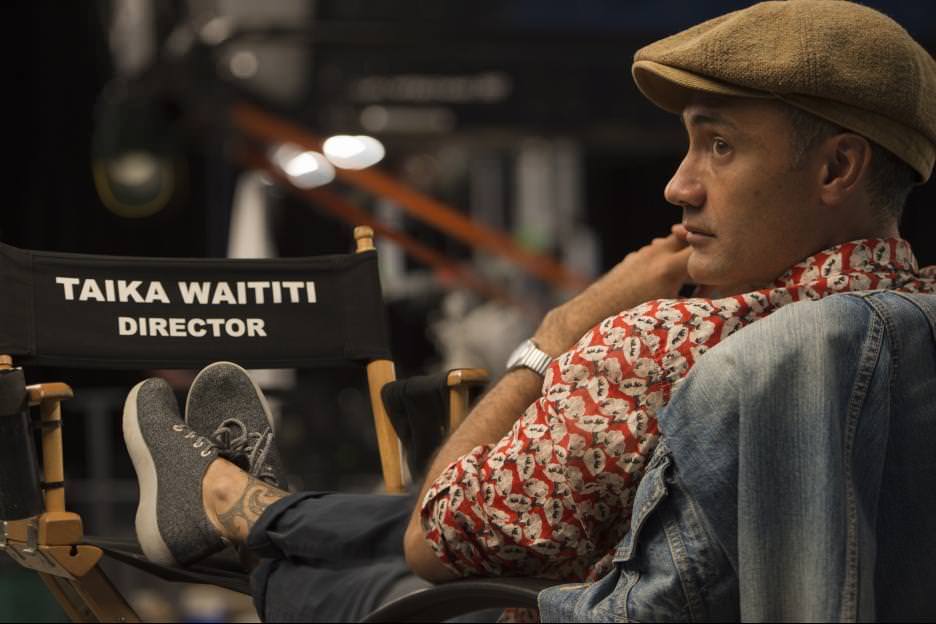 Taika Waititi is very soon to be known as “The Thor: Ragnarok guy,” but before that, he made the perfect-in-every-way-cult classic What We Do in the Shadows. Springing off of Waititi’s meteoric success, the vampire mockumentary may be developed into a TV series in the U.S.

Waititi told Fandango, “We’re trying to develop a U.S. version of What We Do in the Shadows. You know, set here in the states, but a TV show.” Waititi not only directed the comedy, but also starred in it alongside Flight of the Conchord’s Jemaine Clement, Jonny Brugh, and Cori Gonzalez-Maceur. The film was released in 2014, but the foursome had made a short version in 2005, just before Twilight mania hit and spawned a peak in vampire hysteria.

The film touches on the fact that the four roommates have chosen to live in New Zealand, where the stars hail from. The show will presumably feature a whole new cast as it is set in the U.S. and the stars have booming careers. Waititi is highly in demand for directing and Clement has appeared in a flurry of films and television from Moana and The BFG to Legion.

The film follows four (later five) vampires from very different eras in time who try to adjust to modern life and share a flat. If you have seen the film, you will clearly recall that Petyr is 8,000 years old, Vladislav is a medieval tyrant, Deacon is the 180 year old youngster and Waititi plays the most endearing character of all, Victorian dandy Viago. The performance is a wonderful introduction to Waititi’s comedic timing and limitless creativity. Waititi has also acknowledged that a sequel is in the works called We’re Wolves, taken from the memorable line, “We’re werewolves, not swear wolves.”

We’re sure that Waititi and Clement may not have time to directly oversee the project, but we hope that they give their input to capture the same magic that the movie had. We would even keep our fingers crossed for a US visit from our Kiwi friends in an episode or two.

TAGSwhat we do in the shadows