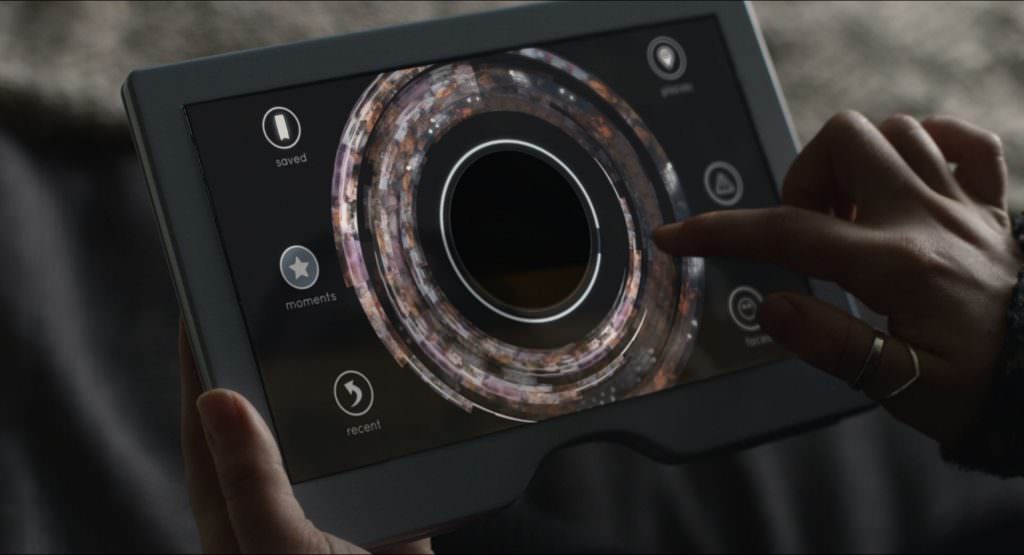 A spectacular montage of all the creepy, crazy, and beautiful things we’ll see this season on Black Mirror culminated in the long awaited announcement of season four’s release date. You have time to finish your holiday shopping and spend some time with your family before devoting your life to binge watching the six new episodes. Cancel those New Year plans, however. Black Mirror season 4 begins streaming December 29—what a way to end a year that seemed itself one long Black Mirror episode.

Black Mirror released teasers for each of the stories over the past two weeks giving us a glimpse at the array of ideas the show is set to explore. Each of the themes appears vastly different from the others, but the characters seem to have one thing in common. No one is happy.

Although a lot of the new video is compiled of scenes we’ve already seen, we do get a few new clues. The clip opens with a brief speech by Andrea Riseborough’s character in the episode “Crocodile,” acknowledging the future may look bleak, but we must strive for better. It’s reflective of the show’s theme in which technology promises to improve humanity, but is ultimately disappointing at best, or horrific at worst—mainly because technology was designed by humans, the most fallible creature on the planet.

More clues about “U.S.S. Callister” also unfold where it is confirmed that Cristin Milioti’s character is unaware of how she came to be on the spaceship. Yesterday’s teaser implied that everything among the crew was not as idyllic as it seemed. We now see a fellow crew member call the experience a ‘waking nightmare.’

In addition to “U.S.S. Callister” and “Crocodile,” this season will feature episodes “Arkangel,” “Black Museum,” “Hang the DJ,” and “Metalhead.” Series co-creator and writer Charlie Brooker told Deadline that it’s difficult to stay ahead of the technological curve and predict the pitfalls of new science. “The world certainly throws up no shortage of ideas, you’re always trying to stay one step ahead of the technological advances in the world,” Brooker said. The show has become a scary reflection of society, and season four comes at the end of one of the most bizarre years since…well, you tell us. It’s very meta that we will all be huddled around our own black mirrors as we try to turn the page on 2017.