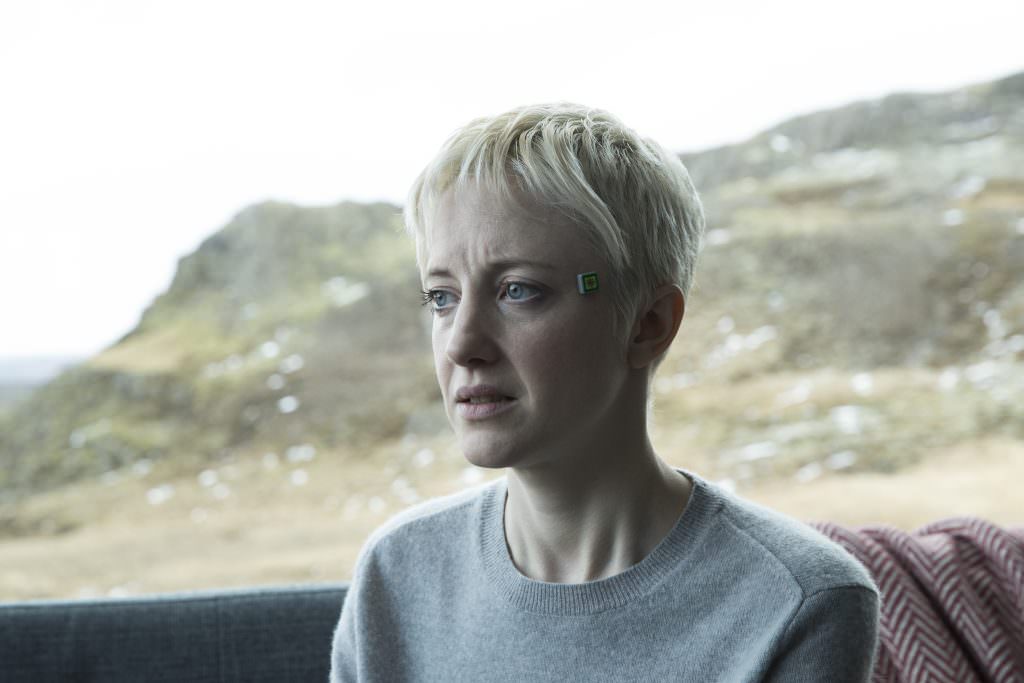 The film and TV world has long explored the future, even imagining technology before it actually existed. No show, however, has instilled the palpable terror of technology as effectively and freakishly clairvoyantly as Black Mirror has. Who knew there were so many ways for technology to go so terribly wrong, and who knew that one show could so expertly map our current anxieties and fears over technology run amok? Black Mirror is coming up on season 4 and will feature six new episodes, and over the weekend we got our first glimpse at Jodie Foster’s Arkangel.

There are helicopter parents and then there is this mom. Rosemarie DeWitt plays a frightened mother who experiences a scare in which she thinks she has lost her young daughter. After the girl is recovered, the mother takes her to a lab where they inject something into her head. As if that isn’t creepy enough, the tagline for the episode is, “They key to good parenting is control.” Keeping your kids safe is vital, but whatever domineering technique this is can’t be good.

The unsettling element of many Black Mirror episodes is that they look strikingly similar to our world. The direction makes it feel that one wrong move could set us down the eerie path we see on screen, whether its submitting ourselves to immersive reality video games that end up being lethal, or, being so dependent on people “liking” us on social media we go criminally insane.  In “Arkangel,” the family looks normal enough, until the mother has a conversation with a man who reveals he is 2,000 years old. Whether he is her father, a friend, or an android of some kind is unclear.

Today we got our first look at the episode Crocodile, which is a completely different tone. A detective (Andrea Risborough) who is seeking answers to a fatal accident questions witnesses, but is untrusting of their accounts. A new technology allows her to search their actual memories, but they are understandably reluctant. Although she promises that their private memories will not be investigated, it’s clear that some of the witnesses have secrets they would rather keep to themselves. Crimes would arguably be much easier to solve if there were a recording of every incident, but this invasive technology is extreme.

In addition to Arkangel and Crocodile, Black Mirror announced that the three other stories will be called Hang the DJ, USS Callister, Metalhead, and Black Museum. The pattern thus far has been for the show to release a poster, with the teaser trailer following the next day. That means that tomorrow we’ll get another poster that will include a tagline, if we’re lucky. Black Mirror season 4 doesn’t yet have a release date, so we are hoping that news will come soon.