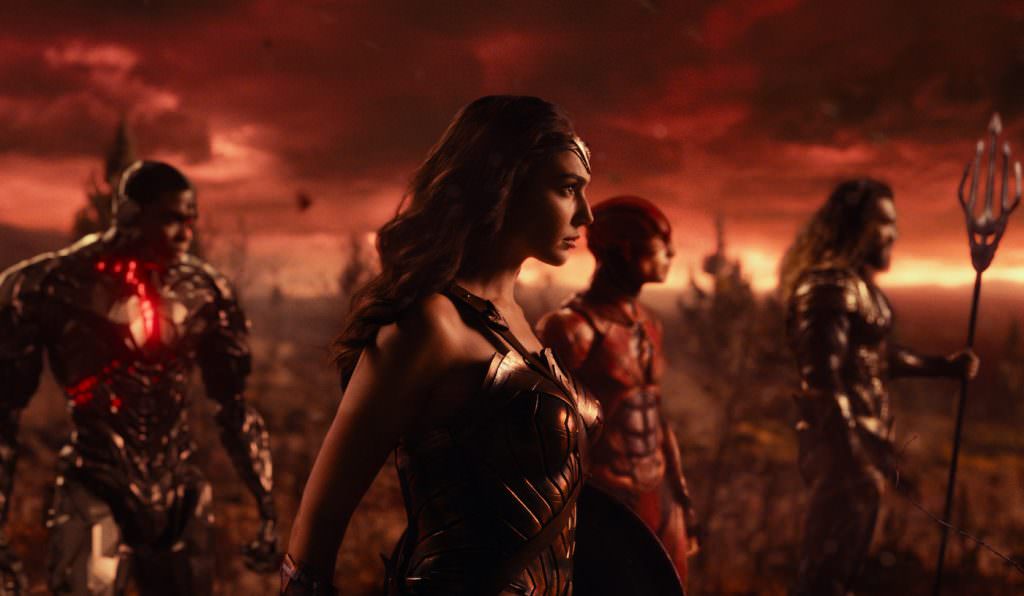 Did you see Justice League this weekend? If so, great! Join us as we look at some questions we have after seeing the latest, largest addition to the DCEU. If not, you’re going to want to go ahead and skip this piece, as we’re going to be splattering spoilers all over the page.

So, Zack Snyder’s Justice League, which was ably picked up by Joss Whedon when Snyder left to attend to personal matters, was a whole lot funnier and lighter than Snyder’s Batman v Superman: Dawn of Justice. This wasn’t a surprise; after Batman v Superman’s somewhat polarizing darkness, both in tone and subject matter, it was clear he was going to need to lighten the load, so to speak. Justice League does that and then some, with Ben Affleck’s Bruce Wayne/Batman a changed man, playing the role of team leader (which he eventually bequeaths to Gal Gadot’s Wonder Woman, in one of the film’s nicest touches) and cheerleader, rousing the League in order to fight Steppenwolf and his army of bug/zombie drones. You could argue the film’s more generous spirit flows first from Bruce Wayne, whose fury was largely what made Batman v Superman so difficult for some viewers and reviewers. In Justice League, Batman has become Superman’s biggest supporter and most eloquent believer, and his risky decision to raise Superman from the dead using one of the Mother Boxes is based on his belief that no matter what form a resurrected Superman takes, any version of the son of Krypton would be better than not having him in the world.

Superman’s resurrection and resulting rage is one of Justice League’s most inspired, riveting turns. Here Snyder and Whedon plainly show you that Superman truly is in a league of his own, and its thrilling to witness just how overwhelming his power is when we watch him nearly destroy his super powered allies. Superman handles, with apparent ease, Ray Fisher’s Cyborg, Wonder Woman, Batman, Jason Momoa’s Aquaman and Ezra Miller’s Flash all at once. It’s potent stuff.

Let’s tackle some of the burning questions we have after seeing Justice League, a film that was clearly a passion project, and one that had the rare distinction of having two very singular directors imprinting their vision and style onto a single movie. While Justice League is not the universally beloved film that, say, a Thor: Ragnarok is, its a fascinating new direction for the DCEU, and one that ably made us care about not only Batman, Superman and Wonder Woman, but also the newcomers Aquaman, the Flash and Cyborg, each of which had great moments and made more than enough of a case to warrant their own standalone films. 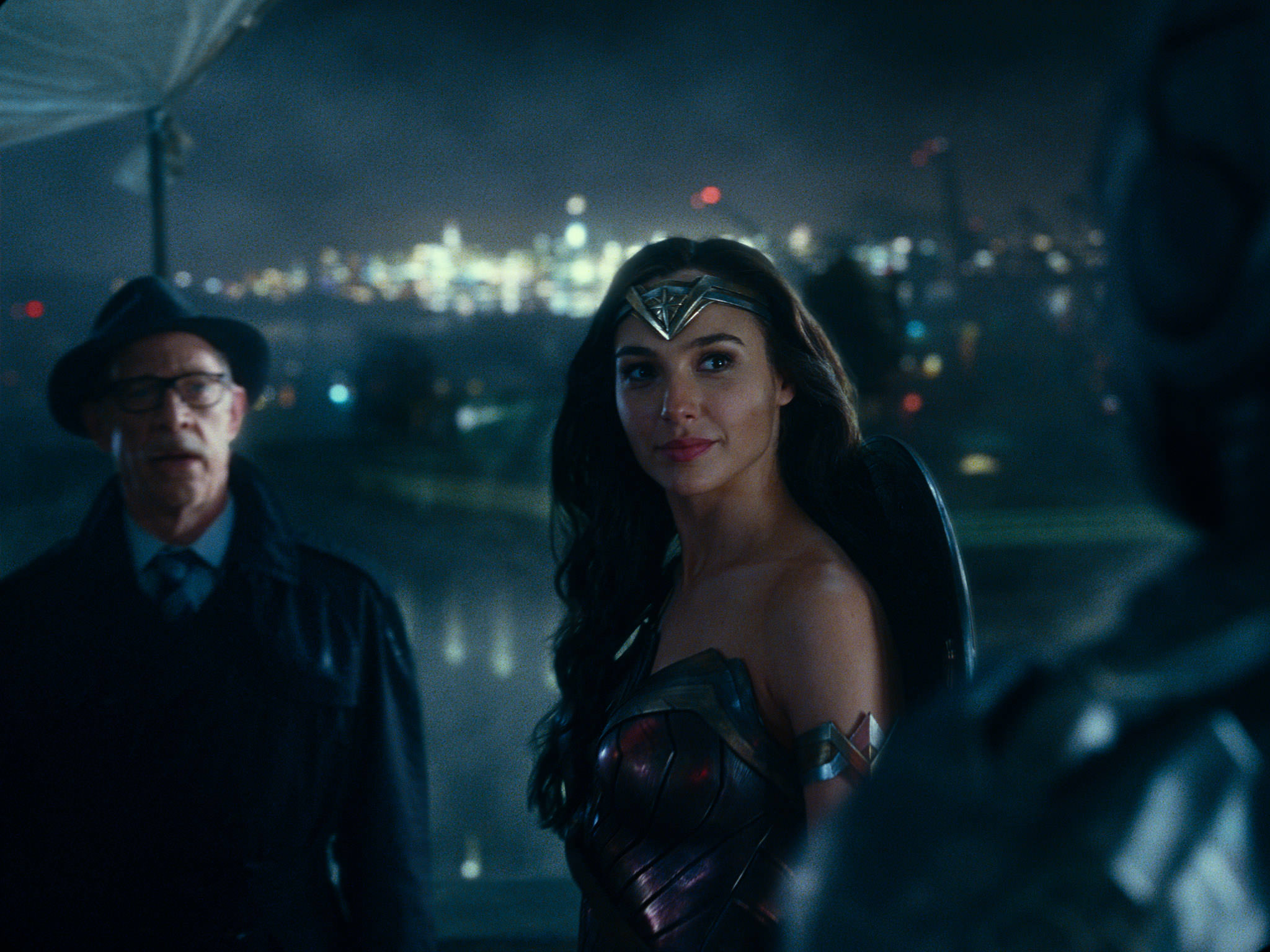 Why is Batman Trolling Wonder Woman?

One of the most surprising moments in Justice League is when Bruce Wayne, in front of the entire group, essentially accuses Wonder Woman of shirking her responsibilities to the world. Arguing that she is nearly as powerful as Superman, Wayne wonders aloud why Wonder Woman has essentially been in hiding since she helped the allies win World War I, going as far as suggesting her heartbreak over losing Steve Trevor isn’t reason enough not to be the unifying force for good that Superman was to the rest of the world. The argument is, in a nutshell; you should be more like Superman, but you’re not.

This was a…surprising turn of events. It was very potent plot twist, a tactic Wayne deployed in order to get Wonder Woman to agree to his idea of using one of the mother boxes (more on those in a bit) to resurrect Superman, a dangerous plan to say the least. Yet it confuses what we learned about Wonder Woman from her own standalone film. In Patty Jenkins’ excellent Wonder Woman, Steve Trevor’s sacrifice is the driving force behind Wonder Woman’s full transformation into the superhero the world needs. While a lot of outlets have been more than a little upset about Batman essentially calling Wonder Woman out for not doing enough, Wayne himself later tells Alfred he was baiting her, trying to see if his mother box idea was truly terrible by agitating Wonder Woman into firmly saying no to it. She doesn’t, and goes along with the plan, and it’s ultimately what saves the world. It’s an odd motivational tactic, but we are going to assume that’s precisely what it was, and not a real belief that somehow Wonder Woman’s been asleep at the wheel all these years. It also wouldn’t make narrative sense considering we just watched her save a ton of peoples’ lives in Paris before she joins the League, and Batman must have known about that. Plus, when Wonder Woman 2 comes out, we’ll find out just how active the Amazonian warrior has been since her heroics during WWI.

Okay, what are the Mother Boxes?

What we’re told is that these hugely powerful MacGuffins have been essentially asleep for thousands of years, scattered across the world and protected to keep them out of the hands of Steppenwolf, Justice League’s big bad. When Superman died at the end of Batman v Superman, the boxes suddenly woke up—that’s because with the Kryptonian no longer around to defend humanity, Steppenwolf could now return to Earth, gather up the boxes, and turn the world into a hellscape.

Yet, we find out that Cyborg’s dad used a Mother Boxe to help save his son, who was all but destroyed in an explosion. How he did this, while not waking the thing up and summoning Steppenwolf, is…unclear.

Once protected by the Amazonians, Atlantians and men in three separate locations, the Mother Boxes are eventually taken by force by Steppenwolf and nearly opened, so to speak, to give him unspeakable powers. Thankfully, the League has other ideas, and with the help of a resurrected Superman, Cyborg is able to re-divide the Mother Boxes and save humanity. Where the boxes end up now is anyone’s guess.

What happens to Clark Kent now?

While it’s within the realm of (comic book) possibility that Superman could be resurrected, considering he’s, well, Superman, how does Clark Kent reenter the world? In the comics, Clark Kent claimed he was trapped in a bunker after Doomsday killed Superman, but in Justice League, we are shown Clark’s grave. Unless no one was told that Clark died, how they wiggle their way out of this narrative trouble will be interesting.

Is Wonder Woman the new leader of the Justice League? 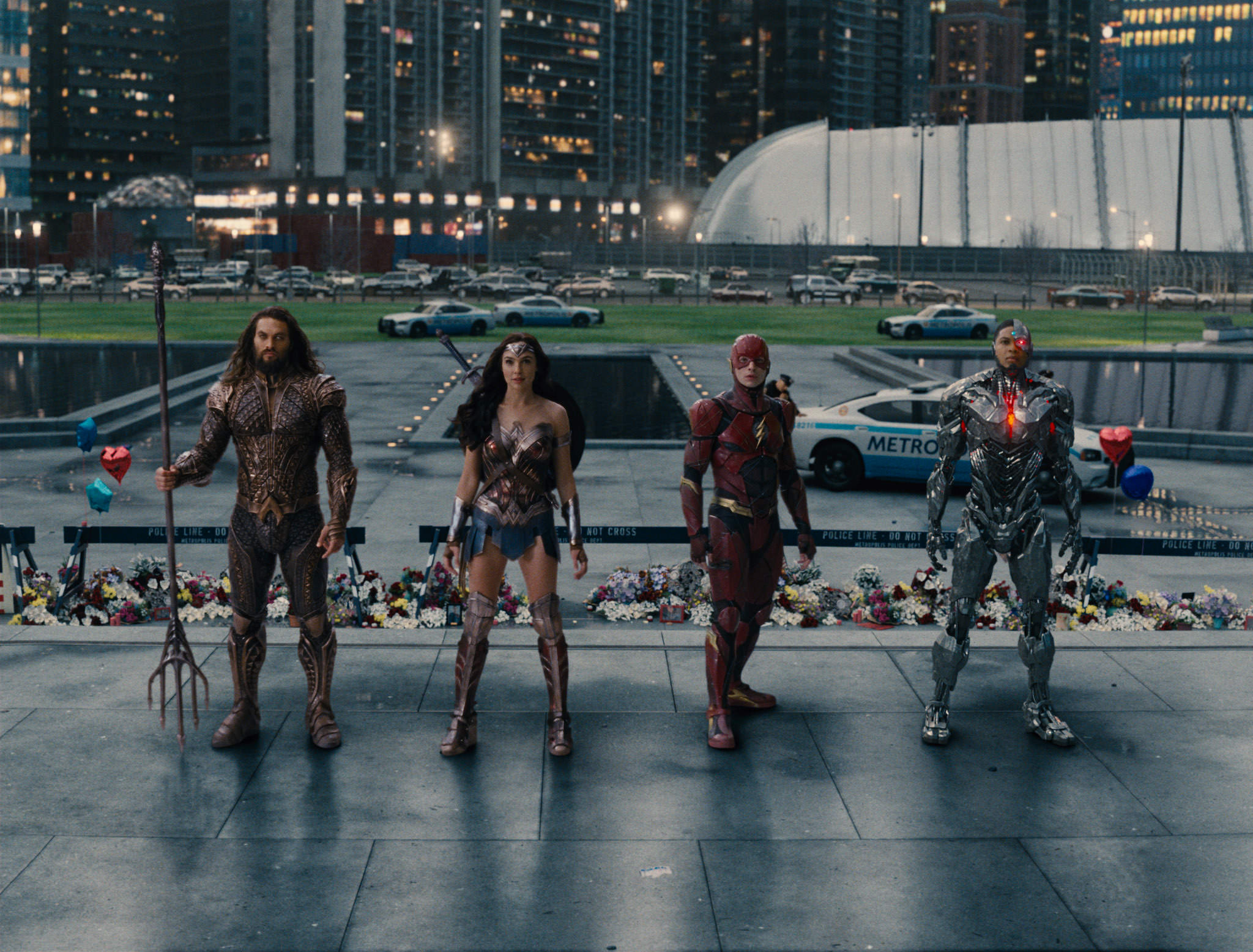 While Batman’s role as organizer made him the de facto leader of the League, he makes it clear that he thinks Wonder Woman’s deserves the mantle. She’s more powerful, more naturally a leader and, you know, a demigoddess. Yet with Superman’s resurrection, will Wonder Woman retain leadership of the group? While Superman was very good in the role of savior and overall global ambassador for goodness, Wonder Woman proved (in Wonder Woman, of course) that she is a great leader, and one thinks that any future Justice League would have to see her leading the pack, with Superman retaining the role of world’s greatest ringer.

Seriously, how powerful is Superman?

Yes, we’re aware he’s Superman, but did he not seem supercharged, even for him, after he was brought back from the dead? Here we spent 90 or so minutes watching Steppenwolf lay waste to all comers, including dozens and dozens of Amazonians, then Wonder Woman, Cyborg and Aquaman, but once Superman’s on the scene, Steppenwolf suddenly seems a rather minor villain. If not minor, than one not at all prepared to handle the son of Krypton.

Also, in arguably the wittiest example of Superman’s insane abilities, we offer you the moment when he keeps his eye trained on the Flash, mid supersonic speed, and then swatting him away like he’s a pesky housefly, proving that anything the Flash can do, Superman can do better. Unless, of course, the Flash won the race against Superman in the post-credits scene. We sort of hope he did; give the kid something, Supe!

Yes, Justice League’s opening wasn’t quite as big as Warner Bros. might have hoped, but there was a lot to like here, and plenty of reason for the studio and the DCEU in general to feel good about the future. All of the supporting players here were really good. Cyborg may have been the biggest surprise; what a fascinating figure he was, with a truly tragic backstory and a very haunting relationship to his powers. There are other superheroes who aren’t fully in control of their powers, but Cyborg’s immense abilities are that much more interesting because they’re essentially alien, and sentient. After Superman’s resurrected, its Cyborg’s body, not his mind or will, that decides Superman’s a threat and responds in kind. It’ll be fascinating to see how this character grows, and, one would hope, learn to control his alien “gifts.”

Ray Fisher wasn’t the only great newcomer; Jason Momoa and Ezra Miller, as Aquaman and the Flash respectively, earned laughs and thrills aplenty, proving they’re worth their own films. For our money, one of the best moments in the entire film was when Aquaman, unprovoked, begins spilling his guts to the team, revealing his paranoia over Cyborg’s loyalty, his feelings for Wonder Woman, his thoughts on why dying to defend the world against Steppenwolf is worth it—all while not realizing that he’s sitting on Wonder Woman’s lasso of truth, which is what’s prompting his sudden bout of honesty. It’s exactly the kind of moment fans were hoping to see in Justice League; a genuinely funny moment born from the kind of minutiae (in this case, the effects of the lasso) comic book fans love.

Much has been said about Ben Affleck’s future as Batman, and while it remains unclear just how much longer he’ll be donning the cape and cowl, he has made the role his own. And if there’s one thing everyone can agree on when it comes to the DCEU, it’s that they hit the nail on the head with Gal Gadot as Wonder Woman. She’s sensational in Justice League once again, and the future for Diana Prince, while certainly dangerous, is very, very bright. We’ll follow her anywhere.