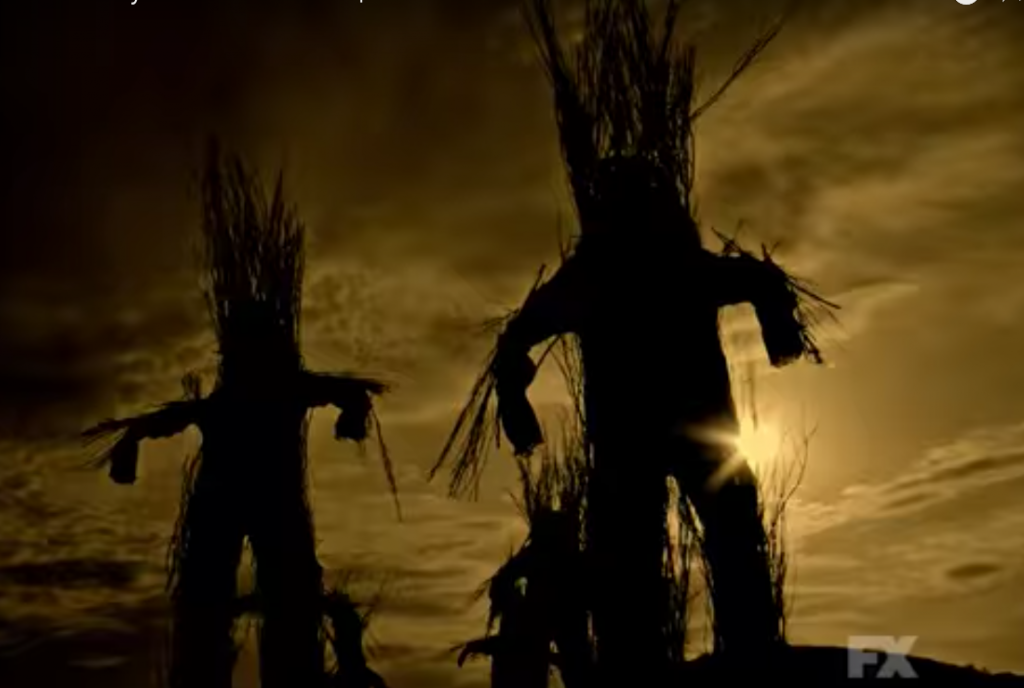 There are so many reasons to love Ryan Murphy and Brad Falchuk’s American Horror Story. The first and main reason, for us, anyway, is that for five seasons now the show has been relentlessly weird. How weird? Even the show’s promos are a head trip, which is in evidence with these two spots for the upcoming season six.

Murphy and Falchuk have been known to play with fans expectations and use the promos to throw us all off the scent. There’s been very little revealed about the upcoming season’s themes, characters, or setting. We know that the stars of the series, including Sarah Paulson, Evan Peters, Finn Wittrock, Wes Bentley, Angela Bassett, Denis O’Hare, Kathy Bates, Matt Bomer, and Lady Gaga are back. We’ve been heard tale that this season could be set in 1590, in Roanoke Colony, North Carolina, where 117 people went missing.

But what do these promos suggest? Well the first is a beautifully executed, eye-popping bit of effects work, highlighting each of the first five seasons’ main visual theme, leaving us with a big, creepy question mark for season six.

The season American Horror Story season six teaser promo, titled “The Harvest,” could be a total fake out. Who knows if it has anything to do with what’s actually happening in season six. What we do know is it’s undeniably creepy.

FX CEO John Landgraf said at the Television Critics Association that they decided it made sense to keep season six a total secret:

“We decided, Ryan and I and Stephanie Gibbons, our massively talented head of marketing, that it would just be really fun this year. Every year we’ve laid out the themes and new genre. We thought it’d be really fun to keep it a mystery, so we are. The scripts have my name in place across them. There’s only one script that comes into the company. Everything’s blacked out that might give away [anything].”

Have a look and let us know what you think: