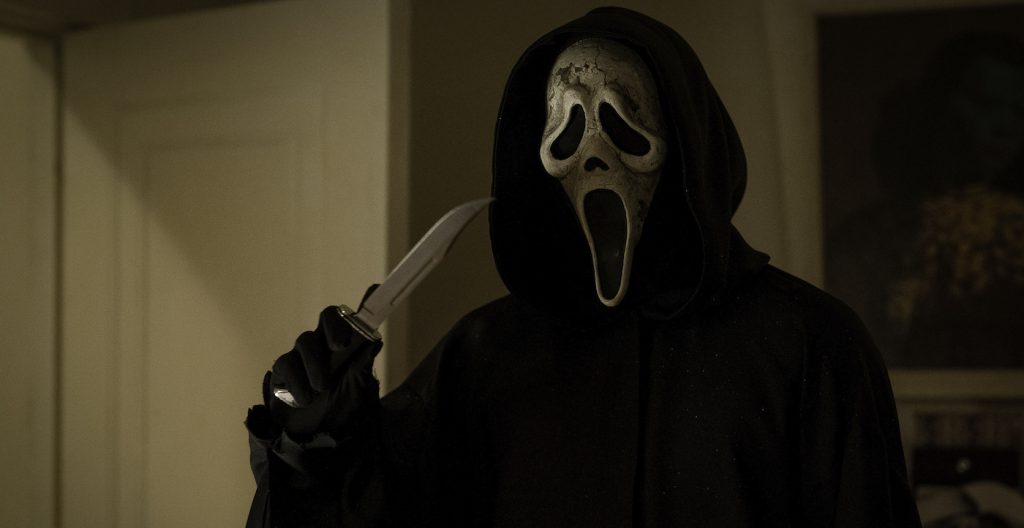 New Yorkers are legendarily tough, so it’ll be interesting to see how they handle Ghostface, that notorious killer (and his many copycats) who usually do their slashing in Woodsboro, California. Paramount Pictures has released a new trailer for Scream VI, which plucks Ghostface from the Cali burbs to the Big Apple, and brings back a familiar face in Hayden Panettiere, who returns as Kirby Reed from Scream 4.

The trailer opens in the most New York of settings, a bodega, with Ghostface slashing his way through customers and the man behind the register (who tries, and fails, to take him out) in an effort to tidy up some loose ends from last year’s Scream V (officially just titled Scream). Those loose ends are sisters Sam Carpenter (Melissa Barrera) and Tara Carpenter (Jenna Ortega), who moved to New York trying to rebuild their lives. As the trailer shows us, not even moving across the country to NYC will cleave these two from Ghostface.

The trailer also reveals that this new Ghostface is the most committed, psychotic Ghostface fanboy of them all, as our survivors find a shrine to the masked murderer in the city. In another scene, our heroes find themselves on a subway with multiple people in Ghostface masks. Talk about a bad commute.

Scream 5 directors Matt Bettinelli-Olpin and Tyler Gillett return, working from a script by James Vanderbilt and Guy Busick. In their first effort helming Scream 5, the directors made sure they were building upon the legacy created by Wes Craven in the 1996 original film. For Scream VI, it sounds as if they’re going all out, as they told Collider that their upcoming sequel was “potentially a hundred times gorier.”

Check out the new trailer below. Scream IV hits theaters on March 10.

For more on the Scream franchise, check out these stories: