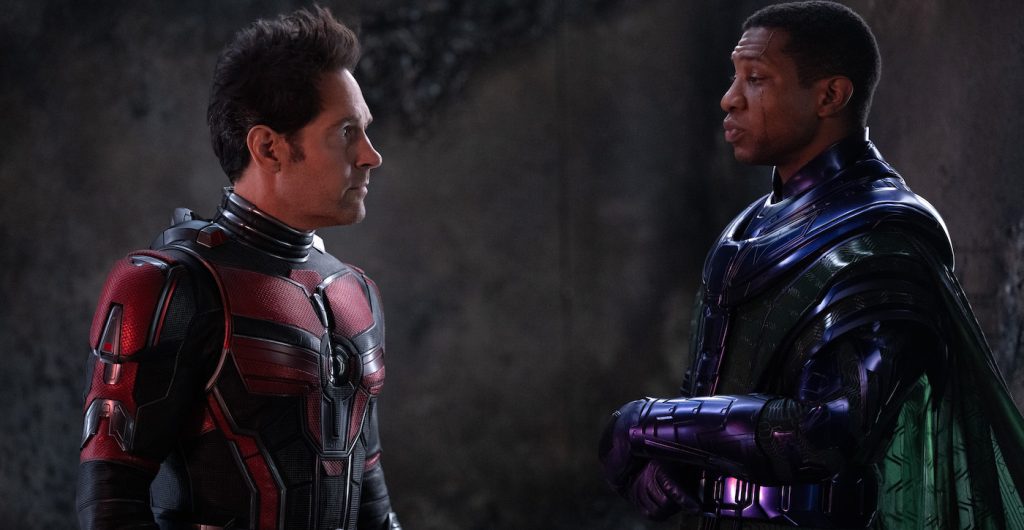 The new teaser for Ant-Man and The Wasp: Quantumania opens with a little light parenting. Scott Lang (Paul Rudd) is telling his daughter, Cassie (Kathryn Newton), to breathe. Cassie’s understandably a little panicked as she finds herself, along with dad Scott, his girlfriend Hope Van Dyne (Evangeline Lilly), Hope’s mom Janet (Michelle Pfeiffer), and Dr. Hank Pym (Michael Douglas) are no longer on Earth. Well, not the Earth that they know. They’re down in the Quantum Realm, a potentially literally mind-blowing place where nothing is as it seems, wild creatures—and humans—abound, and a seriously sinister individual as powerful as Thanos is on hand. So yeah, Cassie, try to breathe.

About that seriously sinister individual—he has a name, and it is Kang (Jonathan Majors). The new teaser shows us how the MCU’s new supervillain presents himself, not as a Thanos-like threat to all living things, but as a man who, like Scott, Cassie, and the gang, finds himself trapped in the Quantum Realm. Kang offers to help these newcomers in exchange for some help from them. Yet Janet Van Dyne knows who Kang is (remember, she’s already spent time down in the Quantum Realm) and tells Scott he’s not to be trusted. “I’m just a man,” Kang promises Scott. “But I know how it ends.” And how is that? It doesn’t seem to be a happy ending for Scott.

Ant-Man and the Wasp: Quantumania will be the second time that Majors has introduced Kang to the MCU. The first was in Loki on Disney+; now, as Kang tries to get Scott to do his bidding, the stakes are being set up for an eventual showdown between Kang and the Avengers in Avengers: The Kang Dynasty. This puts Quantumania in an interesting position; the stakes will no doubt be life or death for Scott Lang, but we know that some version of Kang must survive. Perhaps that means that Scott Lang will not?

Check out the new teaser below. Ant-Man and The Wasp: Quantumania hits theaters on February 17.

For more on Ant-Man and The Wasp: Quantumania, check out these stories: