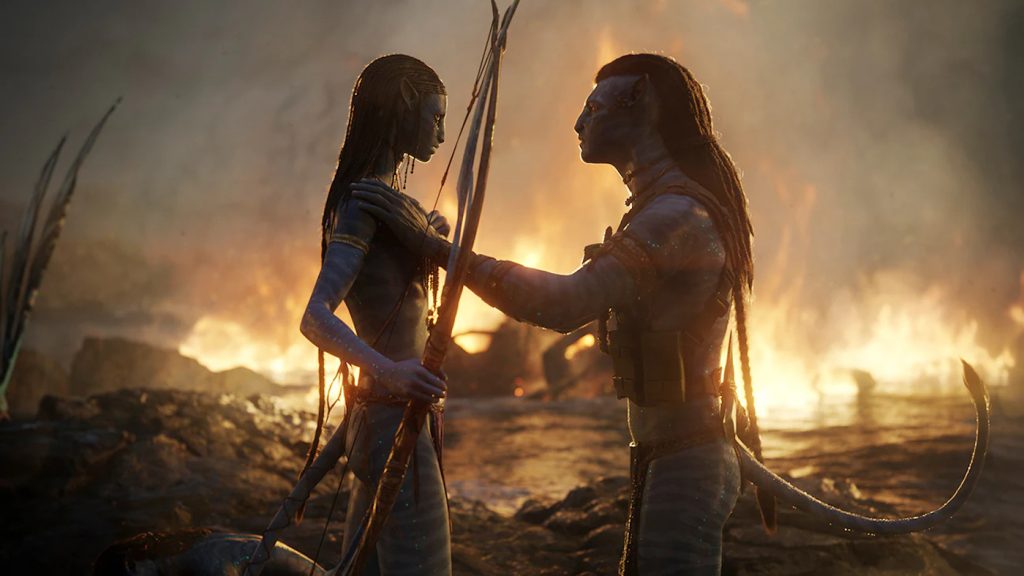 Avatar: The Way of Water greatly expanded the world of the alien planet of Pandora (technically, it’s an extrasolar moon) and its native inhabitants, the Na’vi. In the first film, James Cameron introduced us to the Omaticaya, the Na’vi forest tribe. In The Way of Water, with Jake Sully (Sam Worthington), Neytiri (Zoe Saldana), and their family having to flee the forest for the coast, we met the ocean-based Metkayina tribe. Both the Omaticaya and Metkayina tribes are peace-loving and noble, only resorting to warfare when attacked. Now, via an interview with France’s 20 Minutes, Cameron has revealed that Avatar 3 will expand the world of the Na’vi to reveal a tribe that’s far less noble and far more hostile.

Cameron said that Avatar 3 will reveal “different cultures from those I have already shown. The fire will be represented by the ‘Ash People.’ I want to show the Na’vi from another angle because, so far, I have only shown their good sides.”

The first two films made clear who the villains were—human beings, or “sky people” as the Na’vi referred to them—and it was up to the virtuous Omaticaya and the Metkayina tribes to repel them at all costs. In Avatar 3, the ‘Ash People’ will not only give us a darker side to the Na’vi people, but they’ll also provide viewers a glimpse into new worlds and, according to Cameron, the best parts of the entire story arc.

“In the early films, there are very negative human examples and very positive Na’vi examples,” Cameron told 20 Minutes. “In Avatar 3, we will do the opposite. We will also explore new worlds while continuing the story of the main characters. I can say that the last parts will be the best. The others were an introduction, a way to set the table before serving the meal.”

Avatar 3 has already finished filming, as it was shot concurrently with The Way of Water and is due in theaters on December 20, 2024. If all goes according to Cameron’s grand plan and we make it to Avatar 5, the action will, at least partially, come to Earth. Yet before that happens (and one can only imagine what the Na’vi might think of, say, Times Square or the Taj Mahal), we’ll get a chance to see what an evil Na’vi tribe is like.

Avatar: The Way of Water is in theaters now.