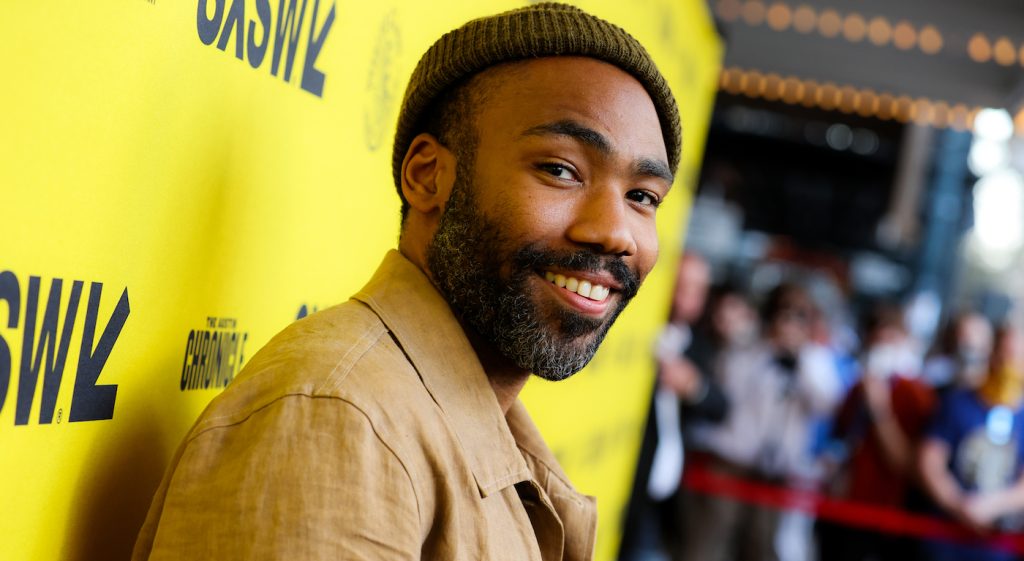 Donald Glover will have a meaty role on and offscreen in an upcoming, recently revealed Spider-Man movie for Sony Pictures.

The Hollywood Reporter has learned that Glover is attached to star in and produce a film set within Sony’s Spider-Man Universe of Marvel characters. The film will be written by Myles Murphy, son of Eddie Murphy, and is said to focus on the Hypno-Hustler, an obscure Spider-Man villain.

The Hypno-Hustler comes from Bill Mantlo, the same writer who brought Rocket Raccoon into the world—now a Marvel Cinematic Universe staple—along with artist Frank Springer. As THR writes, the Hypno-Hustler came out of the disco era, appearing in “Peter Parker, the Spectacular Spider-Man No. 24” in 1978. The Hypno-Hustler, real name Antoine Delsoin, leads a band called the Mercy Killers and uses hypnosis technology in his instruments to hypnotize and rob his audience members.

How obscure is the Hypno-Hustler? So obscure he’s often mentioned as one of Spider-Man’s worst supervillains, yet this lack of pedigree is precisely why Glover was interested in the character in the first place. Without a legion of Hypno-Hustler fans, Glover and Murphy will be free to imagine the villain in any number of ways. What’s more, given Glover’s musical abilities, embodying a Marvel character who is also a musician has plenty of appeal. THR writes that the “project could be anything from a disco period piece to a re-imagined modern hip-hop version or even a cyberpunk future play.” We’d honestly see Glover leading a film in any one of those genres.

Glover’s connection to Spider-Man goes back years, when fans were hoping he’d land the role of Peter Parker in 2012’s The Amazing Spider-Man. That role ultimately went to Andrew Garfield, but Glover did voice Spider-Man/Miles Morales in the Disney XD series Ultimate Spider-Man in 2015. He also had a small role that never made it to the final cut in Spider-Man: Homecoming (he played Miles’ Morales’ uncle).

Sony’s Spider-Man Universe is expanding, with Kraven the Hunter set to join the Tom Holland-led Spider-Man films, Venom, and Morbius in the growing cinematic family. Madame Web and Spider-Woman are both in development, and Glover’s Hypno-Hustler could be a great addition to this budding universe.

Featured image: AUSTIN, TEXAS – MARCH 19: Donald Glover attends the premiere of “Atlanta” during the 2022 SXSW Conference and Festivals at The Paramount Theatre on March 19, 2022 in Austin, Texas. (Photo by Rich Fury/Getty Images for SXSW)