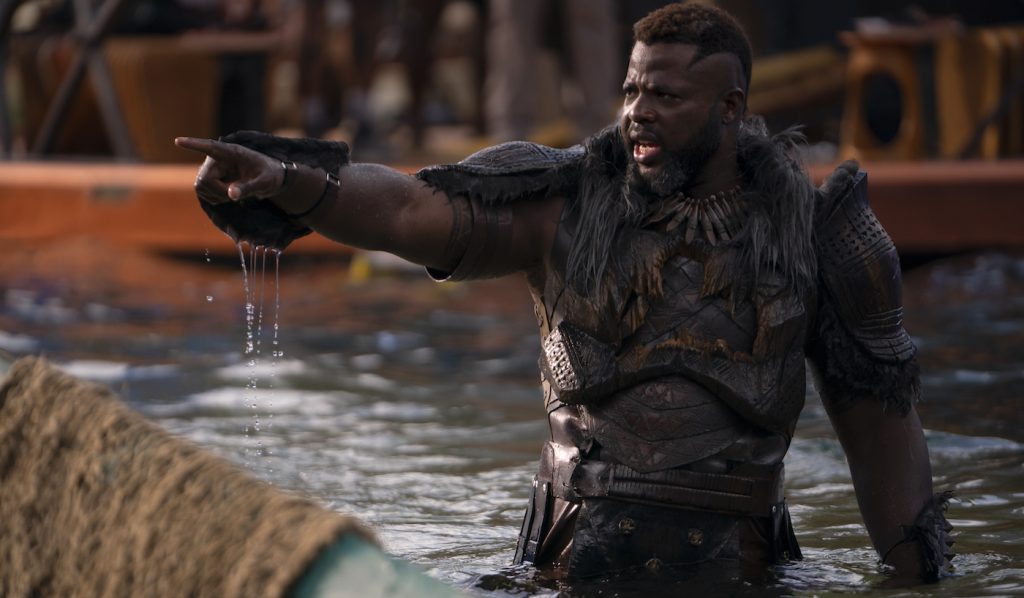 In just ten days’ time, co-writer/director Ryan Coogler’s long-awaited Black Panther: Wakanda Forever arrives in theaters. A new teaser hypes what is irrefutably one of the year’s most eagerly-anticipated films, the sequel to Coogler’s game-changing 2018 Marvel debut, although this time around, there’s even more emotionally at stake. That’s because, of course, Black Panther star Chadwick Boseman’s tragic passing in August of 2020, which led to a complete re-write of the script and an entirely new direction for the franchise. The new teaser gives us a fresh look at the new Black Panther—her identity isn’t known, but there’s plenty of speculation about who she is—as well as the film’s villain, Namor (Tenoch Huerta), and brand new glances at its stellar cast. Fittingly, Wakanda Forever is the last film in the MCU’s Phase 4.

What’s new in this teaser? A surprisingly decent amount, considering it’s a snack at half a minute long. With Coogler’s film arriving next week, we’re not likely to get any more meaty trailers, but the teaser offers glimpses of the film’s epic scope. These glimpses include a shot of Michaela Coel’s Aneka unsheathing a pair of serious blades at the 0:08 mark, some high-tech aircraft (we’re guessing Wakandan) at the 0:12 mark, Talocan warriors (Namor’s people) attacking a ship at 0:16, and Namor himself, airborne, hurling some nasty looking projectiles at an unseen challenger. The teaser ends, thrillingly, with Danai Gurira’s Okoye taking on a roomful of Talocan warriors and a leap from a ship onto a passing plane by the new Black Panther, whose visage ends the whole shebang. It’s a short shot of adrenaline that will get you seriously pumped up if you weren’t already.

Check out the teaser below. Black Panther: Wakanda Forever arrives on November 11.