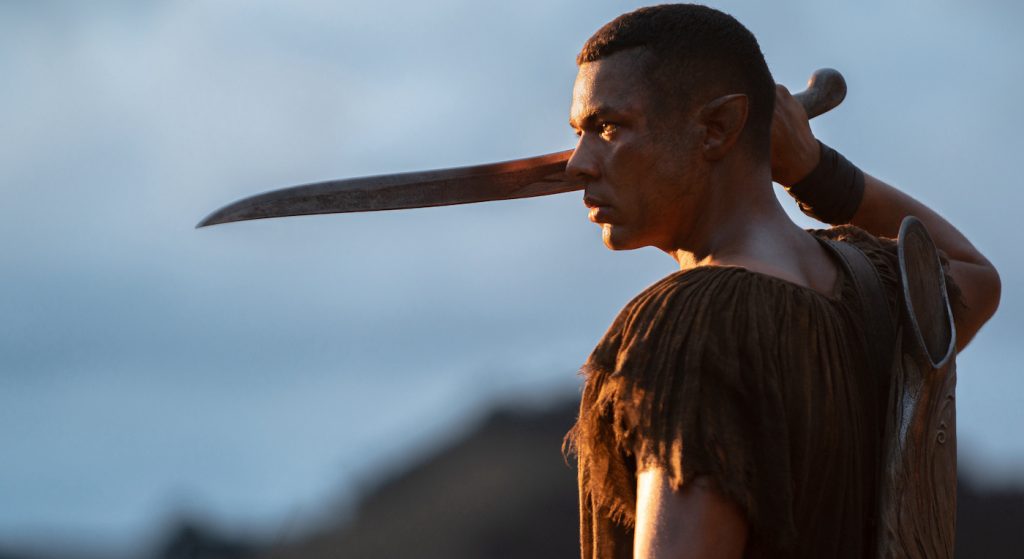 Before Amazon Prime’s The Lord of the Rings: The Rings of Power debuted on the streamer on September 1, much of the talk surrounding the series was just how big of a swing it was. It was being hailed as the most expensive show of all time, a massive investment of time, money, and talent to create a series worthy of J.R.R. Tolkien’s creative vision and the six Peter Jackson films that have become popular culture touchstones and the defining adaptations of Tolkien’s work. It feels safe to say that after 4 episodes (with a second season already guaranteed), The Rings of Power has delivered.

A good showcase of how the series has lived up to the hype is the below scene, now made available by Amazon, which shows the elf Arondir (Ismael Cruz Cordova) going toe-to-claw with one of the orc’s gnarly beasts. Arondir had been captured by the orcs and enslaved, along with many fellow elves and humans, too, and forced to help Sauron’s minions dig a trench through the Southlands. An escape plan is hatched by Arondir and a few others, but it doesn’t go quite to plan. The orcs can’t handle direct sunlight, but their beast can, so they unleash the monster to put down the rebellion before it’s had a chance to start.

Check out the clip here:

For those of you who still haven’t checked out the series but are wizard-and-elf curious, you’ve got some highly absorbing binge-watching in your future. Plus, you don’t have to be a Tolkien stan or have seen every minute of Peter Jackson’s films to get into the action. The Lord of the Rings: The Rings of Power differs from Peter Jackson’s two trilogies (The Lord of the Rings and The Hobbit) as the storyline does not come from a specific Tolkien novel. Instead, the thrust of the action comes from the rich mythology Tolkien created around his stories to give them weight, history, and texture. The series is centered on the young Galadriel (Morfydd Clark), who is convinced the evil Sauron has returned and it’s only a matter of time before he has replenished his forces enough to destroy Middle-earth for good. The series is set thousands of years before the events in Tolkien’s “The Hobbit” and “The Lord of the Rings” and follows the young heroine on a quest to wake the slumbering realms up to the fact that a great evil has returned.

And, even if you aren’t the biggest LOTR fan or even much of a fantasy person, there’s still much to enjoy here. The series is as epic as promised and stands well enough on its own to warrant potential interest even from those not already deeply vested in Tolkien’s mythology. It’s absorbing, it’s beautifully shot and performed, and it is, as promised, epic.

For more on The Lord of the Rings: The Rings of Power, check out these stories:

Featured image: Ismael Cruz Cordova is Arondir in “The Lord of the Rings: The Rings of Power.” Courtesy of Prime Video.

TAGSAmazon Prime The Lord of the Rings: The Rings of Power