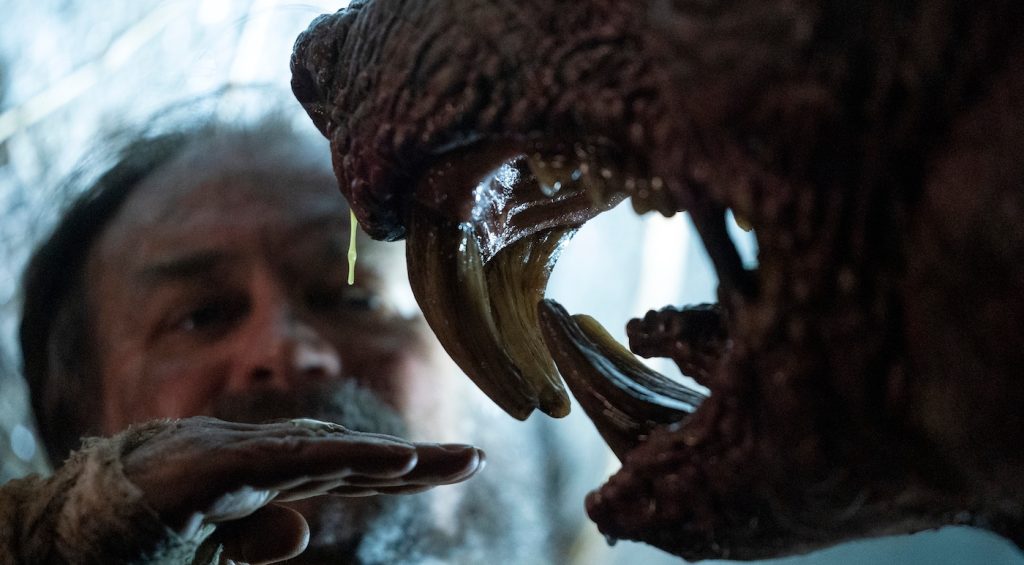 “Picture your mind…as a cabinet. Where you lock up your darkest thoughts and deepest fears. What would happen if you opened that cabinet for the world to see? We are about to find out.” So says visionary Guillermo del Toro in the opening seconds of the official trailer for his upcoming Netflix series Cabinet of Curiosities, and never have we felt more enthused about our minds becoming furniture. The man behind some of the great visual splendors of the modern filmmaking era, including his masterpiece Pan’s Labyrinth, is bringing his love for practical effects and monster magic to the small screen. What’s more, he’s enlisted a slew of great filmmakers to aid him in this effort, including Jennifer Kent (The Nightengale, The Babadook), David Prior (The Empty Man), Guillermo Navarro (the cinematographer on Del Toro’s Pan’s Labyrinth and Cronos), Panos Cosmatos (Mandy), and Catherine Hardwick (Twilight, Thirteen).

The official trailer reveals that del Toro’s preference for practical effects, especially when it comes to his beloved creatures, will be on full display in Cabinet of Curiosities. “With Cabinet of Curiosities, what I’m trying to say is, ‘Look: The world is beautiful and horrible at exactly the same time,’” Del Toro said in a previous video for the series. This neatly sums up his creative vision.

Check out the trailer below. Cabinet of Curiosities hits Netflix on October 25.

In CABINET OF CURIOSITIES, acclaimed Academy Award-winning filmmaker and creator, executive producer and co-showrunner Guillermo del Toro has curated a collection of unprecedented and genre-defining stories meant to challenge our traditional notions of horror. From macabre to magical, gothic to grotesque or classically creepy, these eight equally sophisticated and sinister tales (including two original stories by del Toro) are brought to life by a team of writers and directors personally chosen by del Toro.