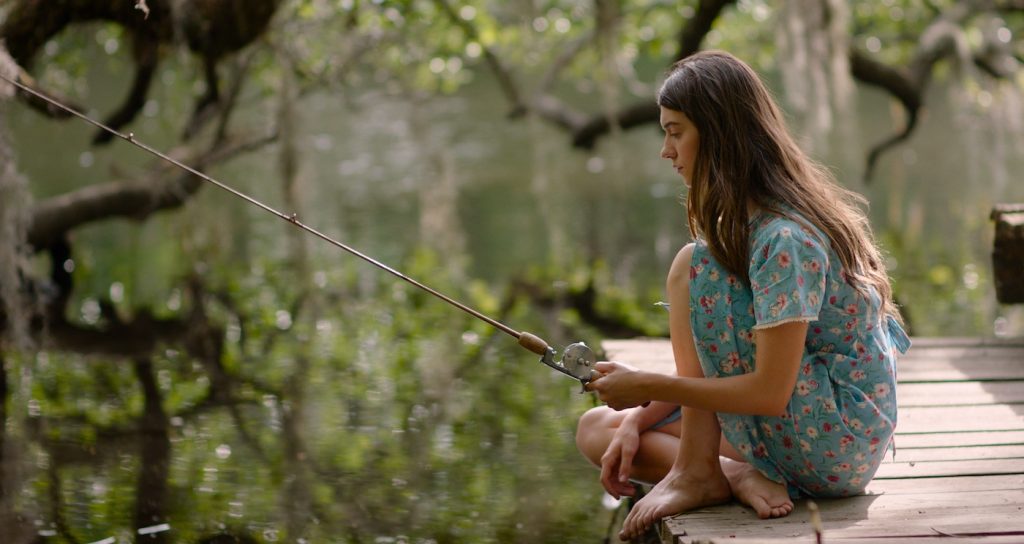 Deep in the forgotten marsh of North Carolina, a magical world quietly flourishes for those who seek it. Where the Crawdads Sing has plenty of romance, but the true love story blooms between Kya (Daisy Edgar-Jones) and the wildlife that shares her home. The untouched nature of Kya’s world is rarer now than in 1965, but VFX Supervisor Kolby Kember and VFX Producer Sarah McCulley of Crafty Apes VFX were on hand to subtly restore the rich environment.

Filmed on location in Louisiana, the stunning landscapes shot by cinematographer Polly Morgan provided inspiration and critical reference for Kember and McCulley’s work. Even with Kya’s keen sense of observation, you may never be able to spot the seamless work they did to amplify the story’s atmosphere unless you know where to look.

“That was great that we were just able to have this gorgeous, verdant source material that we could reference and match for a lot of those scenes when they’re out in the marsh, out in the woods,” McCulley noted. “We needed to make this background look really lush and green and gorgeous. Even though they were able to get out into some very remote, gorgeous locations, we still had overpasses and traffic in the background and modern structures and things like that we obviously got rid of. A lot of little tweaks like that that were able to just maintain that magic of being in that really rural, isolated location in the marsh.”

Kya’s passion and eventually livelihood springs from her fellow inhabitants in the marsh. Wildlife is obviously difficult to control and capture on screen, so Crafty Apes gave the atmosphere a boost. They added fog to make sequences more dense and eerie as well as supplemented with fireflies, moths, and other insects.

“We’ll pull reference on how these certain bugs move and the timing of everything so we can mimic that,” Kember explained. “Of course, you do tons of texture references and shoot photos to make sure we’re matching color and look. How to time them properly and how to make them look realistic. That’s a key part of any CG or creating anything in this realm is making sure that we do our research, we match it, and it looks real, and is believable.”

The great mystery at the heart of the film centers on a faulty fire tower that is tall enough to kill a man in a fall. An existing tower on the southern coast of Louisiana was initially shot, then Kember and McCulley stepped in to intensify the danger and dramatics of the pivotal location.

“They had a practical fire tower there, so we went out and shot drone plates and made this big 360 dome that we could then use to orient our fire tower so that way we keep continuity from every direction we’re looking,” Kember said. “We almost recreated the space in our 3D scene so that anytime we put a camera in it any direction, it was always oriented the right way.”

Not only was it essential to maintain fidelity to the marsh surroundings during the fire tower scenes, but the tower itself required digital augmentation to underscore the deadly toll inflicted on its victim. Hazards of the tower were emphasized to Kya’s jury throughout the film, which meant all the evidence presented had to be believable to viewers.

While the murder mystery is a tense conflict throughout the film, the movie’s most memorable sequence is sure to be a romantic moment between Kya and Tate (Taylor John Smith). When the two first kiss, the marsh itself seems to rejoice in the love Kya has found with a swirl of glittering leaves.

“That was a big moment for the story. It’s just such a beautiful scene. The lighting is stunning,” McCulley shared. “That was kind of a tall order to make sure that we could add something to the scene that was going to add to that beautiful, big, romantic moment and not feel like it was taking away from the story or being really distracting. That was a really big main point for the story and for us to make sure that was seamless.”

“The leaf sequence was a really fun one,” Kember agreed. “I think it felt natural and not too whimsical, which is one thing we were worried about was this feeling too over the top. But it felt natural, and it felt good for the space.”

Of course, no great love develops without conflict, which erupts in violent ways for Kya and Tate. They both have physical moments with romantic rival Chase (Harris Dickinson). One of the most unexpected VFX demands for the film was enhancing the performances and fight sequences.

“One of the things that I think was most impactful was hearing the reactions from it, all the different violent moments that we either did speed work on or splitting or warping things to make it feel like more of a direct hit or faster contact,” McCulley recalled. “You can just see how incredibly impactful that was in the film. One or two hits that Kaya gets in against Chase got audible gasps in the theater when we were watching it because it just helped that performance and the story to make it that much more shocking. A lot of little things like that that you wouldn’t necessarily clock or see has become a big part of what a lot of editors are doing in their films.”

Those digital alterations may be undetectable to the audience, but they give filmmakers more latitude to achieve their goals in postproduction.

“Especially in this day and age, safety is number one, top of everybody’s mind on set for stunt sequences,” McCulley said. “So, for people to know that they have the freedom to add more safety on set and to understand what we’re able to do to make it look realistic is really beneficial to everyone.”

Where the Crawdads Sing is playing in theaters now.

For more on Where the Crawdads Sing, check out these stories: