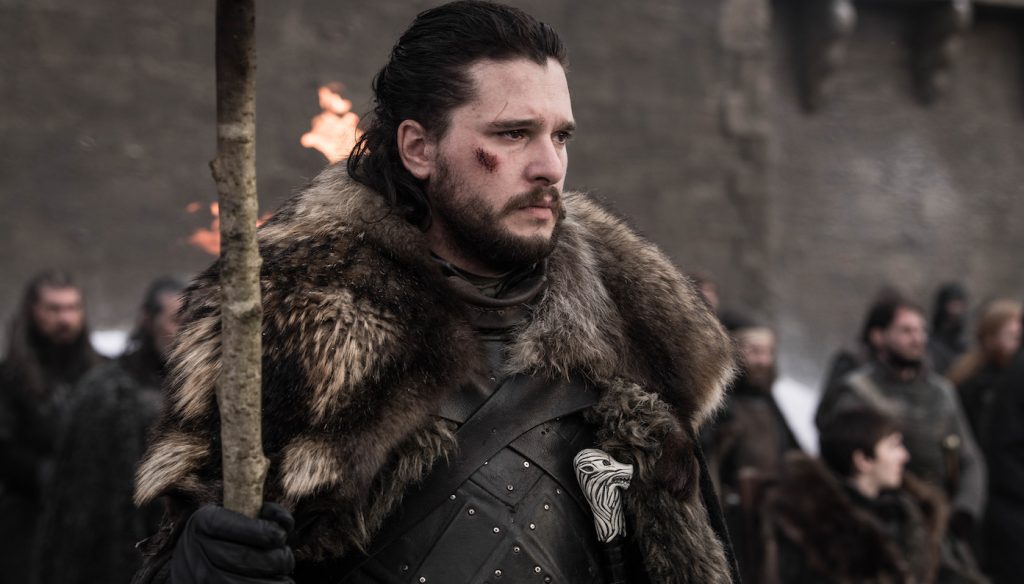 Surprise! Or perhaps it’s not that much of a surprise given the number of Game of Thrones prequels that have been in development, or at least in discussion, at HBO. However, a Game of Thrones sequel focused squarely on the life of Jon Snow? Yeah, that’s big news.

The Hollywood Reporter has the scoop that HBO is in the early stages of development on a spin-off series that would focus on Kit Harington’s Jon Snow after the events depicted in Game of Thrones. If your memory is a little foggy (massive belated spoiler alert), Game of Thrones ended with Jon Snow having to kill his beloved Daenerys (Emilia Clarke) to save Westeros from her wrath, at which point he eschewed any role in the new world being built in King’s Landing and headed North of the Wall to live with the Wildlings.

Harington would reprise his role, of course, as the noble warrior who discovered towards the end of Game of Thrones that had he wanted, he would have had quite the claim to the Iron Throne (instead, it was decided his brilliant, gifted brother Bran would rule). Jon Snow learned his true name was actually Aegon Targaryen, heir to the Iron Throne, the child of Rhaegar Targaryen and Lyanna Stark. Because Rhaegar and Lyanna were legitimately married when they conceived Jon, he was a true, rightful heir to the throne. But Lyanna died in childbirth, Rhaegar was killed by Robert Baratheon during Robert’s Rebellion, and Aegon lived his life as the bastard Jon Snow, raised by Ned and Catelyn Stark (although Catelyn was always a little wary of him).

There was arguably no other member of the main Game of Thrones cast who had to put in longer hours than Harington. As THR recalls, the actor endured the 8th and final season’s most arduous stretch, 11 weeks of winter night shoots in Northern Island. Yet Harington is onboard and ready to resume the role that made him famous, night shoots be damned. Considering Jon Snow headed North of the Wall at the end of Game of Thrones, Harington would likely be spending a lot more time in those colder climes.

As THR points out, a Jon Snow-centered series would mean that Game of Thrones’ final season would no longer be the end of the story, and perhaps other characters from the show could find themselves leading their own spin-offs. A Tyrion Lannister series starring Peter Dinklage (with a major role for Jerome Flynn’s Bronn), perhaps? An Arya Stark (Maisie Williams) series? HBO has a massive trove of beloved GoT characters it could expand upon.

Meanwhile, there are prequel series in the works, with the House Targaryen-focused House of the Dragon coming this August 21. This series will look at the clan that eventually led to Daenerys some 200 years before the events in Game of Thrones, and will show how these Dragonlords went from rulers to ruined.

For more on Game of Thrones prequels and sequels, check out these stories: