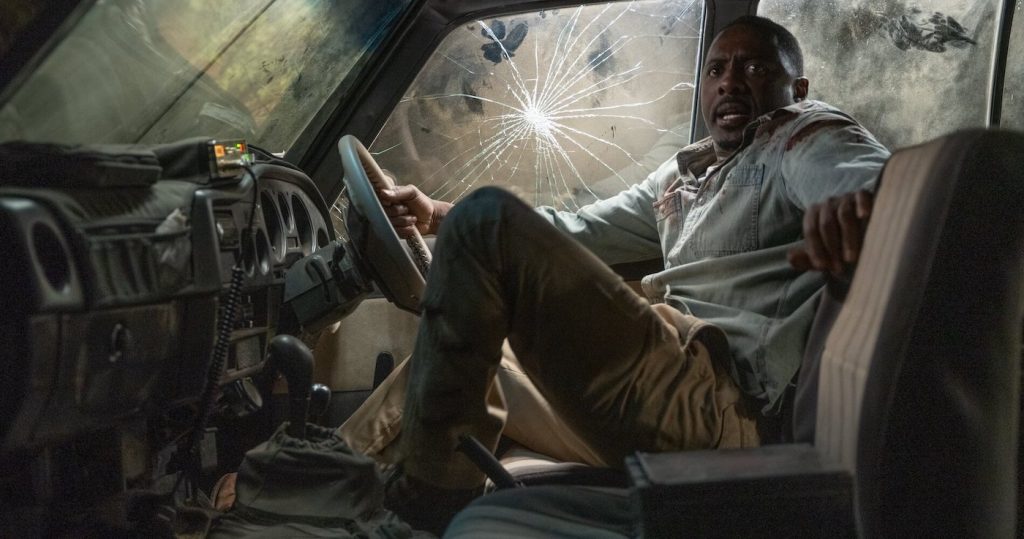 Director Baltasar Kormákur knows a few things about filming the sublime beauty and terror of the natural world, and he’s bringing all the skills he’s honed in films like his Himalayan adventure epic Everest and North Atlantic ocean adventure The Deep to South Africa. The first trailer for Beasts implies that Kormákur is just at home on the South African savanna, too.

Beast stars Idris Elba as Dr. Nate Daniels, a recent widower who returns to South Africa where he first met his wife. This time, he’s bringing their daughters Meredith (Iyana Halley) and Norah (Sava Jeffries) to a game reserve managed by his old friend Martin Battles (Sharlto Copley). The idea is to give the girls a taste of the natural wonders of the world. The bad news is there’s a rogue lion in the park who wants a taste of them.

The lion is doing things no lion is supposed to do, namely, hunting humans for sport. Yet it turns out the lion isn’t doing it for sport, nor is he “the devil,” as is briefly suggested by one of his maimed victims, but rather the survivor of poachers now seemingly convinced all humans are trying to destroy it.

Beast looks like the kind of fun, relentless action flick that summers are made for. Check out the trailer below. Beast roars into theaters on August 19.

Here’s the official synopsis for Beast:

Sometimes the rustle in the bushes actually is a monster.

Idris Elba (Fast & Furious Presents: Hobbs & Shaw, The Suicide Squad) stars in a pulse-pounding new thriller about a father and his two teenage daughters who find themselves hunted by a massive rogue lion intent on proving that the savannah has but one apex predator.

Elba plays Dr. Nate Daniels, a recently widowed husband who returns to South Africa, where he first met his wife, on a long-planned trip with their daughters to a game reserve managed by Martin Battles (Sharlto Copley, Russian Doll series, Maleficent), an old family friend and wildlife biologist. But what begins as a journey of healing jolts into a fearsome fight for survival when a lion, a survivor of blood-thirsty poachers who now sees all humans as the enemy, begins stalking them.