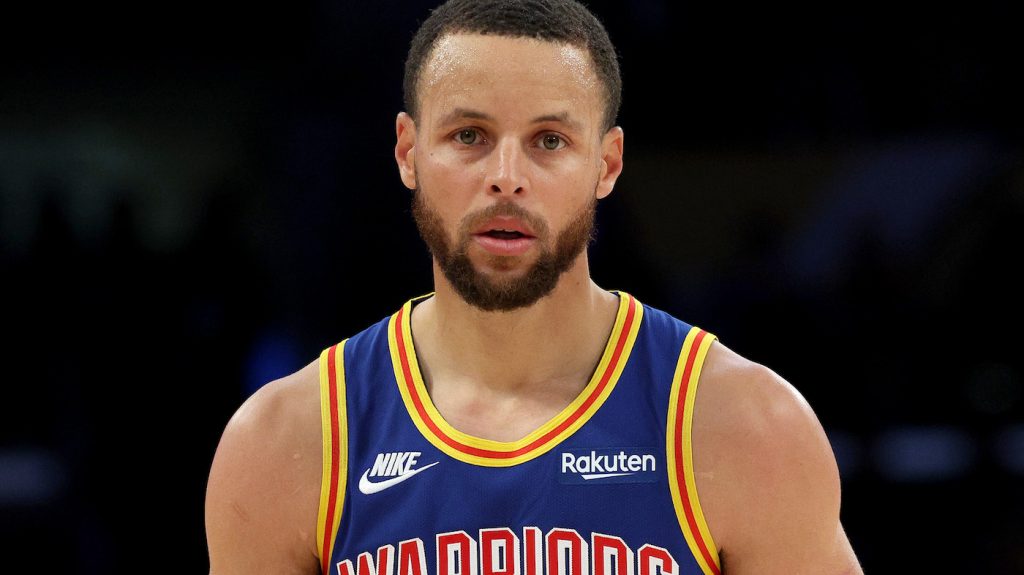 Who better to help you promote your new film than NBA living legend Steph Curry? The perennial All-Star knows a thing or two about performing miracles, but in Jordan Peele’s upcoming film Nope, the types of miracles on display are a whole lot less pleasing than swishing a half-court shot (which Curry has done multiple times). The 2-time NBA MVP, 3-time NBA champ, and 8-time NBA All-Star is not starring in Peele’s hotly-anticipated third directorial effort, but, Curry clearly feels comfortable acting, and his brief appearance in this new promo helps further sketch out what Peele’s up to in his next film.

First, have a look at the promo here:

Curry’s quick decision to say “nope” to whatever’s going on outside further highlights what we’ve seen thus from far Peele’s film, which dropped a cryptic but delicious trailer during this year’s Super Bowl. The trailer opens at Haywood Ranch, home to the only Black-owned horse trainers in Hollywood. The opening seconds show us the young black proprietor of Haywood Ranch—the great-great, great, great-grandaugther of the first man ever caught on film, riding a horse, and a room full of studio executives. She’s now selling them on using the Haywood Ranch for their next film. “Ever since the moment pictures could move,” the sales pitch to studio executives goes, “we’ve had skin in the game.”

It’s a cleverly written set-up and gives way to where Peele wants our attention to be, outside the ranch and in the sky, where a very strange cloud is moving towards Daniel Kaluuya’s character, who is a part of the Haywood Ranch family, it appears. So what, exactly, is Peele up to? The thing hovering in the sky in the trailer is the same menace that Curry responds to in the promo, and the fear on Curry’s face in the promo is much the same as what we see on Kaluuya’s face in the trailer—whatever that thing is, it’s not remotely normal, or even earthly. The trailer doesn’t show us exactly what will be haunting—or hunting—our characters, but the few reaction shots we get tell us this situation is going to be just as crazy as what Peele pulled off in Get Out and Us.

Nope sees Peele re-teaming with his Get Out star and Oscar-winner Daniel Kaluuya, but he also recruited Kaluuya’s fellow Oscar-nominee from last year, Steven Yeun, and rising star Keke Palmer. It’s Palmer’s character we see later on in the trailer getting sucked up into the sky.

So is Nope definitely an alien abduction movie? Well, we’re not 100% sure about that yet. We predicted that the film had to do with aliens way back when Peele first revealed the poster, which shows an oddly shaped cloud that looks a little too perfectly symmetrical to be natural. The official trailer, and now Curry’s promo, seem to confirm that Peele is, in fact, turning his attention to the sci-fi/alien genre, but we’ll still need confirmation. There is no official synopsis we’ve seen that says as much.

Peele has brought along a heavyweight team of actors and crew to create something special for this third film. One of those folks is his DP Hoyte van Hoytema, Christopher Nolan’s longtime collaborator. Needless to say, Nope is one of the most exciting films on this year’s slate.

Nope creeps into theaters on July 22.

For more on Jordan Peele and Nope, check out these stories:

Featured image: LOS ANGELES, CALIFORNIA – MARCH 05: Stephen Curry #30 of the Golden State Warriors reacts while trailing during a 124-116 Los Angeles Lakers win at Crypto.com Arena on March 05, 2022 in Los Angeles, California. NOTE TO USER: User expressly acknowledges and agrees that, by downloading and/or using this Photograph, user is consenting to the terms and conditions of the Getty Images License Agreement. Mandatory Copyright Notice: Copyright 2022 NBAE (Photo by Harry How/Getty Images)