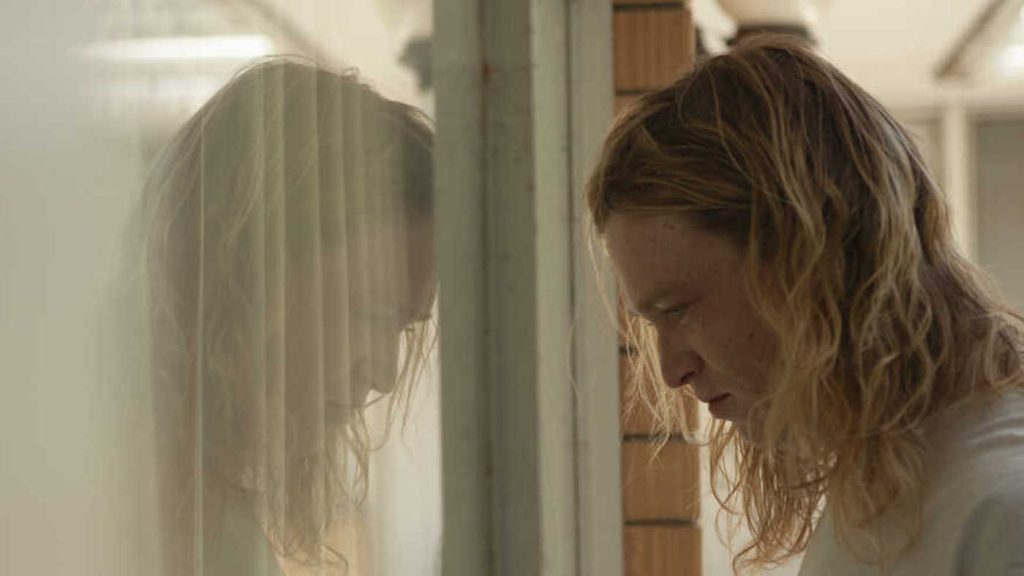 In 1996, Australia was rocked by a mass shooting in the small, peaceful community of Port Arthur, Tasmania. The horrific incident took the lives of 35 innocent people and injured 23, and remains among the country’s greatest national tragedies.

Director-producer Justin Kurzel (True History of the Kelly Gang, The Snowtown Murders) reunites with screenwriter Shaun Grant to explore the events that led to the mass shooting in the IFC Films release, NITRAM. Caleb Landry Jones stars as the titular character, a lost soul who lives with his parents (Judy Davis and Anthony LaPaglia) and is an outcast among his peers. When he befriends an eccentric and reclusive heiress (Essie Davis), his life seemingly takes a turn for the better — until the relationship meets an untimely and heart-wrenching demise and he grows more isolated and angrier than ever before.

Shaun Grant’s script “was unexpected and revealing in its honest and genuine desire to understand and ask questions about one of the darkest chapters in Australian history,” says Kurzel, who lives in Tasmania with his family, in his director’s statement. “The forensic unpeeling of the character in the weeks leading up to the shooting was so authentic that it reached beyond the monster echoes and confronted me with someone who I felt I had known, walked past, ignored, would see but then forget.”

The Credits recently spoke with Kurzel about the haunting and riveting drama, which sparked controversy over its being made. This interview has been edited.

I know you wanted to tread gently with this film, given the pain that still runs deep. I don’t think the protagonist is ever called by his real name, even by his parents. Was this intentional?

There was a very strong feeling about the perpetrator’s name never being mentioned. But we’re making a film about this perpetrator, so it’s a very tricky place for us as filmmakers to be in, where you’re trying to make a film about why and how an event happened and at the same time you’re trying to be as respectful as possible in terms of the victims and the survivors and the families whose lives were changed forever. We found out pretty early on that one of the names that this person was called was Nitram, and it was used as a sort of bullying name that this person was teased with. I think Shaun felt there was something quite interesting about a name that someone could never run from, that there was a sense of searching for an identity that is different from who this person is. Identity for young men in Australia, especially growing up in the ’90s, is kind of everything. If you’re not part of the surf group, the alpha males, or you’re not part of the football team, you become isolated extremely quickly. So this idea of the character always being an outlier and never being able to quite be this person that they imagine they want to be was important, which fed into the title of the film and that name very much.

How did Shaun Grant’s script come your way?

I think when we were doing Snowtown together, my first film, we talked about whether there’s any way you could make a film about the Port Arthur shootings. But we both agreed that it was probably too difficult and too hard to do it. And then Shaun was living in Los Angeles and had come very, very close to two shootings that had affected him in quite a dramatic way, and he just started writing this script in a fever. I think the shootings made him think about the Port Arthur shootings in a different way. He had just discovered a lot of the laws on gun reform that had come out of Port Arthur had started to soften and there was a lot of lobbying happening in Australia for changes to happen to those laws. For him to go back and revisit this event, take you into the shoes of that individual, and for you to get to know that individual and be very intimate and close to him, and the power of then that individual walking into that gun store at his most dangerous, he felt that was the film.

Did the script change much from draft to draft?

So he very definitely wrote this film about gun reform, but I think it evolved and turned into something with more shades — about masculinity, about mental illness, about how do we treat outliers, how do we treat those that live on the fringes and fall through the cracks, and what is our relationship as a community and as individuals to those that we can see are living in those shadows. The family drama evolved as well. I think that the notion of parenting and your responsibilities as a parent and nature versus nurture and what all that is definitely became much stronger as the script developed.

You’re also a producer and oversaw the music. Tell me about juggling all your roles.

It was kind of great. I’ve found sometimes there’s a disconnect between the ambitions of a director and actually what can be achieved, and it’s always a tussle. When you’re actually a producer on a film that you’re directing, you’ve got skin in the game, so you’re in those meetings where you suddenly realize that there’s not enough money to do that or that you’ve got to shoot faster. It gives you a pretty fantastic perspective as to what’s achievable and what’s important in terms of telling the story of the film. It’s actually about being part of the solutions to how you make a film. Filmmaking is problem-solving most of the time, especially when you’re shooting.

The film features a wonderful ensemble. And your lead actor, Caleb Landry Jones, won Best Lead Actor at Cannes. How did he come to be cast?

Strangely, when Shaun finished writing the film, we just kept thinking about Caleb for some reason. I think a lot of it had to do with the visual appearance of him. And then when we went to Los Angeles, we met him and he had such extraordinary insights into the screenplay and into the character, and I could just tell that he was someone that would immerse himself in it, that would live it in a way. This was something we felt was really, really important. My only worry was the accent, to be honest. In the end, he did a pretty amazing job with that. It is very unusual for Australians to cast an American to play an Australian. British actors can do the Australian accent, it’s probably not such a big leap. But for a Texan to come to Australia and play a very, very particular Australian role was really unusual.

NITRAM is such a layered film that explores mental health issues, family dysfunction, and gun violence. What do you hope audiences will take away from it?

I find these questions really hard to answer in terms of what I want an audience to feel because everyone is going to be so different as to what they get out of it. In Australia, it was really different, people’s responses to it. There’s a whole generation in Australia that was born at the time of the event, so they never felt that seismic kind of moment. Whereas for others, it’s never faded and it’s always there. When I read the script, when Nitram walked into that gun store, I remember there was a very visceral reaction that I had to the shock of it, the horror of it, and also being aware of what is going to happen with those guns after. When we were in Cannes, there was an audible gasp with that scene. I think you felt what the film was about in that moment, which was what was so brilliant about Shaun’s writing. So in some sense, I can tell when I’m in an audience what people think of the film and a lot of it comes down to the environment. I can actually hear it. That’s probably the simplest way of answering that.

NITRAM will be in theaters, digital rental, and AMC+ on March 30.