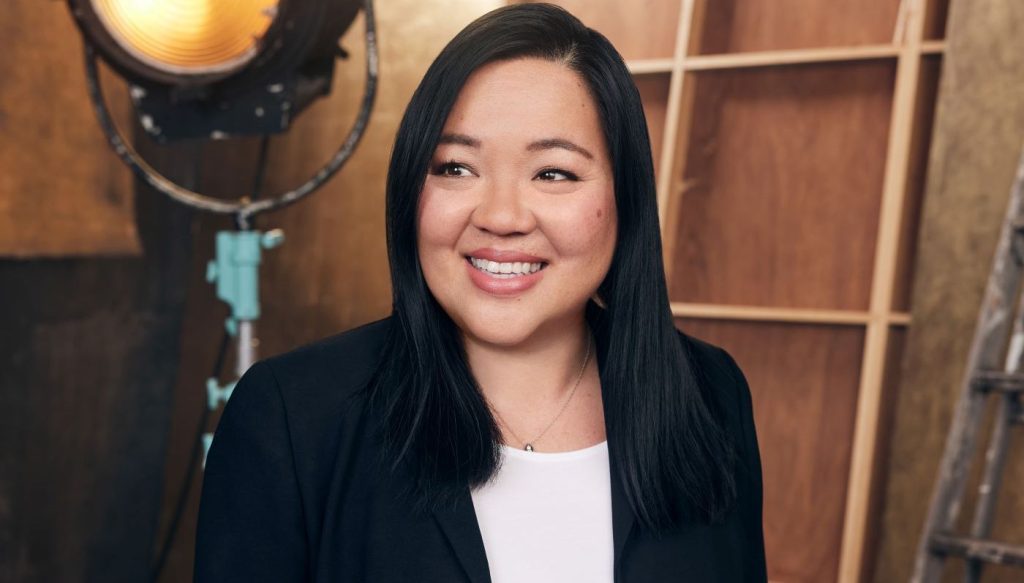 Jeanne Mau joined NBCUniversal only seven months ago, in a new position that was tailor-made for her skill set and experience. The former Senior Vice President of Global Inclusion at ViacomCBS is now NBCUniversal’s Senior Vice President of TV Programming Diversity, Equity & Inclusion. Mau’s position has her overseeing diversity, equity, and inclusion initiatives across NBCU’s vast television and streaming brands. It’s a thrilling opportunity for someone who has been doing the work for 20-years.

“It’s a little like running a start-up,” Mau says about the new role. “It’s really about listening and learning, and figuring out where some of the blind spots are and how to lean in and agitate some of the systems that are in place so that we can enact meaningful change.”

We spoke to Mau about leveraging her 20-years worth of experience in the D, E, & I space at NBCU, her feelings about the state of the industry’s efforts right now, and what keeps her optimistic about the future. This interview has been edited for length and clarity.

Let’s start with your current role, which NBCU recently created. Can you unpack your day-to-day for me?

Absolutely. So my role is about 7 months old, it’s like any new relationship. The biggest luxury I’ve got is I’m coming at this with D, E, & I experience, but no NBCUniversal experience, so I get this really great seat at the table to sit and listen and learn and see where we can make meaningful changes that are super intentional.

Speaking with people in your position and with your level of experience, I hear the word “intentionality” pretty consistently. Can you elaborate on that?

It’s about creating programs that have high yields. It’s about being in spaces where we can have conversations as it relates to casting and marketing and development when scripts are in the process of being made. Where I come in is with the experience of understanding that, one, let’s not do anything in haste. Let’s not feel like we have to get in front of it and make decisions quickly. It doesn’t necessarily serve the cause if we just do things with a snap reaction. Instead, how do we be intentional? Is this program to service tomorrow or to service five years from now? How do we look at inclusion from a long-term perspective where we can build equity in spaces where it’s sustainable and there’s high retention?

How do you build those sustainable programs?

We’re putting people and mechanisms in place so that we can yield success more than we can yield the result of whatever checking off the box is. So really it’s about strategic perspective. How do we look at what’s been working, amplify that, and tease out what’s not working? It’s saying I’m not going to put that person in that position, despite the fact that it’s going to help a number, unless I can ensure his or her success. It can never be a one-off. The one-off sets us even further back when they don’t succeed. It needs to be methodical and intentional. Sometimes it’s slower than people would like it to be, but at the end of the day, if I can build a trajectory over five years and launch three careers, that’s the game I’m in. The long game.

A process question for you — how do you manage your days when your remit is so large?

One is to be flexible and be able to pivot. Another is always looking for feedback on how we can be better and empower the team to be better. Then it’s hiring team members who know more than I do. On my team, no one else comes from the D, E, & I space that I do, they come from unscripted, marketing, from all these different perspectives which I think makes us better. Then we figure out mechanisms to make it work for the company. And finally, ensuring that the company is aware that this department isn’t going to fix this problem, we’re going to walk alongside everyone else to fix the issue.

That’s probably a necessary point to make, that the D, E, & I team can’t be responsible for fixing this massive, entrenched problem within our society.

How do we solve systemic racism with a department of 6 or 7 people? It’s really about how to become more collective as we approach what the challenges are and how do we support that? How do we support our teams from scripted to unscripted, from streaming to linear?

Do you feel the conversations you’ve been having throughout your career about the importance of D, E, & I have gotten easier in the last few years? Or at least that there’s less resistance to it?

I don’t know if it’s a matter of easier versus harder, but rather it’s a matter of earlier versus later. I think they’re having these conversations early on now. We want to cast somebody diverse, but we have to make sure you have mechanisms in place for hair and makeup, and writers in place that represent the stories you want to tell with the cast you just signed on. So it’s happening sooner rather than later. We still have to sell to some degree, but it’s gotten easier.

And part of your role is getting other departments within NBCU on this same page?

Right. It shouldn’t happen in a silo, or just in my department. Companies need to be bought in and see they’ve got skin in the game, so that our creative execs, our production execs, and our casting execs are bought in early. What we’re doing in this space is trying to modify behavior—who we hire, what stories we tell, who we put in our shows, how we market a show—all of this goes back to how do we modify behavior in terms of how people do their jobs. It’s having these inclusion conversations early on in the process rather than on the back end after the show has been shot and we start to have this conversation in post-production.

Let’s get into some of the many programs you’re spearheading. If you were to tease out a couple of the programs that you feel are emblematic of the work you do, what might they be?

The first one is the writer’s program because everything starts in that room. The stories that we’re telling will eventually dictate who we’re casting. Our writer’s program has been around for a very long time, and I picked up the reigns from Karen Horne, and now it’s about how we reimagine what this is from an onboarding perspective so we’re teaching them a lot of the soft skills in the business, like how to find an agent and manager, and really setting them up for success.

How do you do that?

We put them through a series of workshops and then staff them on shows that we believe are going to be sustainable and they’ll have two or three years of opportunities to move up within the ranks. At the end of the day, we can have writer’s programs where we’re launching careers left and right, but we want leaders who have seats at the table who can dictate what stories are told, and then can come and develop for us in five to seven years. So I’m really, really proud of what the writer’s program is and what’s going to be.

Another great program is Female Forward. We just announced that we’re partnering with Telemundo to help launch careers for two Latinx female directors who want to direct television. That’s really important, especially since we know historically directors were primarily men, so to know we’re helping launch careers for females and people of color to work in this space, sustain themselves, and eventually go on to direct pilots? That’s really important.

How do you feel about the way things are going in this space now? I imagine you wouldn’t do this work if you didn’t feel some optimism?

Absolutely. These roles where I get to sit at the table in order to question the system and enact change didn’t exist ten years ago. Now that they do, it informs me that companies are putting seats at the table so we can be present, make change, and figure out systems that are going to work in favor of the company, in favor of the industry, and in favor of the D, E, & I landscape. So I have to be optimistic. It’s tough enough to do the job itself, but I’m super optimistic about what we can do collectively.

From a gender parity perspective, which is a big part of your work, do you feel the same level of optimism?

We partnered with the Geena Davis Institute to better understand where the marketplace has been, where it is currently, and how we need to move forward. Only five or ten years ago, it was, ‘We have our 20 male directors, now we need our two women.’ Times have changed and I think having the conversations and asking the question at the front end allows you to find really great talent. You’re thinking about it comprehensively and intentionally as it relates to what directors we’re hiring, what stories we’re telling, and empowering our casting to understand that roles of leadership should be occupied by women as much as they’re occupied by men.

This interview is part of the Motion Picture Association’s ongoing, decade-long Diversity, Equity, and Inclusion program, with many more interviews and initiatives to come.