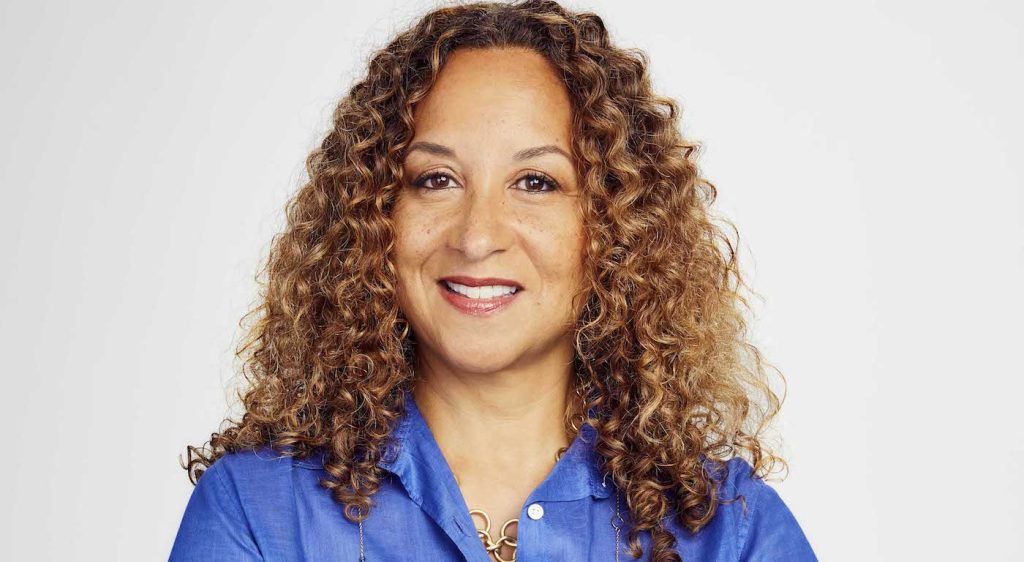 Karen Horne has been working to amplify the voices of underrepresented communities for more or less her entire career. WarnerMedia’s Senior Vice President of Equity and Inclusion Programs has been creating results-oriented programs across a wide swath of the entertainment, sports, and news divisions for more than two decades. “I’ve always wanted to work in this field,” Horne says of her work. “Also, I’ve never had a plan B.”

The pipeline programs Horne has implemented at WarnerMedia since 2020 alone have been crucial, yet they represent just a fraction of her body of work. Tapping her vast experience across all sectors of the media industry, Horne has been able to guide WarnerMedia’s approach to recruiting talented newcomers from communities that have historically been overlooked and provide opportunities to WarnerMedia’s vast enterprise that would have been impossible only a few years ago.

Horne’s approach goes far beyond mere funding. It’s about mentorship, first and foremost, providing invaluable access for those in the programs to top creatives working across WarnerMedia’s many divisions. Owing to the size and scope of WarnerMedia’s reach, Horne has also been able to pioneer programs that extend into areas that haven’t traditionally benefited from this kind of approach, including animation, games, news, and sports.

In the United States, there has been a major focus on diversity, equity, and inclusion across the entertainment industry — realizing the need to have our industry writ large start actually looking like our multiethnic, racially diverse country itself — which was accelerated by the murders of Ahmaud Arbery, Breonna Taylor, and George Floyd in a four-month period in early 2020. For Horne, this has been a career-long directive, one she’s pursued at ABC, NBCUniversal, Nickelodeon, Walt Disney Studios, and more.

Thus, Horne’s uniquely positioned to provide insight into the current diversity, equity, and inclusion landscape and shed light on the importance of gender parity across all sectors of the news, sports, and entertainment world. This interview has been edited for length and clarity.

I wanted to briefly start at the beginning of your career—what inspired you to get into this business?

I wanted to be a Diane Sawyer type, someone who is this huge journalist. In my senior year of college, I got a job working at ABC in New York, and I worked for ABC sports. I’m a huge sports fan and loved every minute of it. I worked for a rising star in the company who was promoted and named Executive Vice President of the network, which allowed me to work with the news division and Prime Time. Then he was asked to be president of ABC Entertainment, and he moved me from New York to Los Angeles. While working with him at ABC, I worked on all the creative sides.

And it was back then that you started the work you’ve been doing ever since?

When he was promoted again and moved back to New York, I stayed in Los Angeles and ran a not-for-profit film organization called the Black Filmmaker Foundation. It really cemented my love for finding and nurturing new talent. During that time, I also sold and developed a series for HBO, an adult comic book adaptation of Spawn. Then, before that series premiered, I had my first child, and Disney called me about running what is now the ABC Disney Writing Fellowship and Directing programs. I was at Disney for a while, before going to Nickelodeon where I created their talent development programs. Then I went to NBCUniversal for ten and a half years. Some of the programs and initiatives we started at NBCU were considered, at that time, the gold standard in the industry.

One of those initiatives that I’d love for you to walk me through was the creation of the Late Night Writer’s Workshop.

I’ll tell you how it started—I was actually on a panel right after the Vanity Fair article came out about David Letterman and the lack of women and diverse voices in Late Night television. During the panel, someone said that although I worked at NBCUniversal, I shouldn’t be asked about that lack of diversity, and I thought, ‘That’s right, it’s not what I do, but why not?’ I’d had tremendous success in immersing diverse voices in our Prime Time space, so why can’t I do that in Late Night? So I went to our Late Night team and HR and finance departments and said I wanted money for this, and I asked if we could do it. They said absolutely, and the work we ended up doing there really changed the landscape of Late Night television.

A lot of comedy stars have come out of that program.

I’ll give you just one name, Jenny Hagel, who does “Jokes Seth Can’t Tell” with Amber Ruffin on Late Night With Seth Meyers. She’s a gay Latina woman who came out of our program. We have people on The Late Show With Stephen Colbert, we had someone who’s running The Tonight Show Starring Jimmy Fallon. The changes we made by bringing women and men from underrepresented and untapped spaces have really helped. I’m super proud of it.

What does it feel like to have been working in this space for as long as you have and to see, now, a real, industry-wide effort on D, E, & I, especially after the murders Ahmaud Arbery, Breonna Taylor, and George Floyd?

I say this frequently, but it’s the truth—before this was ever a part of my title, it’s always been a part of my DNA. Growing up as a young bi-racial kid in New Jersey with a single mom, I was always very proud of the fact that my Black mom raised me. It’s always been very important to me that voices who haven’t been given a seat at the table have this opportunity. I think in terms of the reaction to George Floyd’s murder and the protests after, the work that we were doing wasn’t ignited but really accelerated by it. It accelerated what our efforts at WarnerMedia were going to be and provided us an opportunity to really address systemic racism in our industry. It’s up to us to find ways to go about healing those wounds, and it’s not just about slapping another bandaid on it or slapping a quota on something. It’s really to make sure we’re going in and changing the systems and listening to our talent, understanding their viewpoint, and acting accordingly.

WarnerMedia is a massive company with so many divisions—how do you approach your work when you have such an abundance of potential opportunities for placing people?

It’s given me the amazing opportunity to work in news, to work in sports, to work in animation, to work with networks and streaming properties, to with our theatrical teams. The work I’m doing now is just a perfect culmination of my career. My overall strategy is you have to really think about the way you do the program. I don’t want to do a program to just say we’ve done something that doesn’t have a result. So looking at our content and the equity and inclusion efforts across WarnerMedia, I wanted to look at where there was a demand in our company that we could fill and bring in more underrepresented voices. Through that, we recognized that not only do you always need entry-level writers, but it can take at least 12 years to create your own content, so we recently created a showrunner’s program that I’m super proud of. We want people to know they can not only start their careers at WarnerMedia, but they can continue to grow their careers here.

Can you describe the programs you’ve created in the animation space in particular?

We created an animated shorts program that will allow creators to have shorts produced that will have the chance to air on HBO Max. We’re also working with DC Comics to help create the Milestone Initiative. Milestone Comics was created by four black creators, and we know that comics are one of the first things that children consume, and they’re often not diverse or they’re drawn in a way that marginalizes people, especially women. So we created the Milestone Initiative that targets specifically Black writers and creators and artists, and they’ll be taught through DC how to work in our industry.

How do you feel about the state of the industry’s D, E, & I efforts in general?

I will say that I’m an eternal optimist. I always try to put myself out of work. While I’m always enthusiastic about our direction, I do feel like we live in a world that will continue to give us reason to examine the work we’re doing. I’m very happy that I work for a company that’s not just about checking a box or throwing money around. I’m adamant that the things we do for our organization launch peoples’ careers and allow them to be exposed to our creative team, whether it’s the head of HBO or HBO Max speaking to our writers. That’s more important than just throwing money at something.

Final question, seeing how this will be published right at the end of Women’s History Month, I’m curious what your thoughts on gender parity across the industry are?

I will say to you that I often feel that in our ongoing efforts towards gender parity, we can sometimes forget the need for diversity as well. So I love it when gender parity is married to those who are underrepresented. I’m happy where it’s all heading, and my hope as we look deeper into it is that we don’t forget the need within gender representation to keep bringing in those underrepresented voices who haven’t had the opportunity. It’s my job to make sure we’re hearing stories we haven’t heard before.

This interview is part of the Motion Picture Association’s ongoing, decade-long Diversity, Equity, and Inclusion program, with many more interviews and initiatives to come.