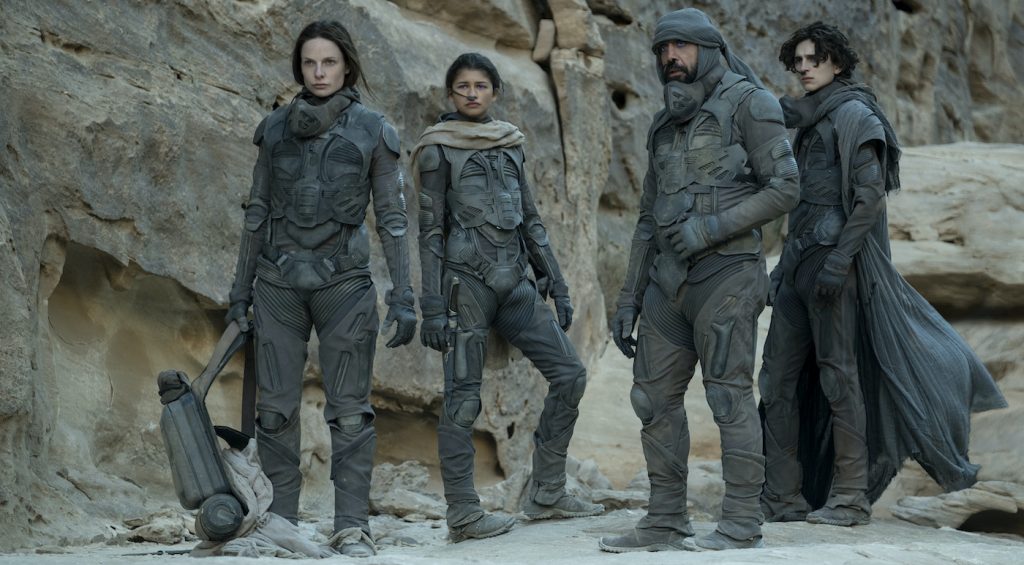 When writer/director Denis Villeneuve set out to adapt Frank Herbert’s iconic opus “Dune” for the big screen, he was facing some massive obstacles. Herbert’s classic, set in part on the resource-rich, dangerous desert planet of Arrakis, is notoriously dense and massive. It inspired Star Wars creator George Lucas and Star Trek mastermind Gene Roddenberry, but they had the advantage of taking bits and pieces of Herbert’s iconography—the dangerous desert planet, warring intergalactic tribes, young heroes foist into epic journeys—and go their own way. David Lynch famously adapted the entirety of Dune in 1984, to mixed results. Villeneuve, however, decided on a different approach. He split the book into two parts, betting that if he and his vast cast and crew took the time to get it right, Warner Bros. would greenlight part two. In a new video interview with Collider, Villeneuve discusses the journey to getting the first part of Dune made. “Dune took years to be made because it was a challenge to respect Frank Herbert’s book and bring it to the big screen.”

We know how it worked out. Villeneuve’s Dune was a critical and commercial hit—in the middle of a pandemic, no less—and Warner Bros. committed to letting him complete his vision with part two.

“Maybe the most important thing is I wanted the design to be inspired by nature. The light, the wind, the dust, to feel like these worlds were real, natural environments,” Villeneuve says. Filming many of the Arrakis scenes in Wadi Rum, Jordan, as well as the deserts outside of Abu Dhabi, Villeneuve and his team created a fully realized environment in which the drama of his intergalactic epic took place. The video is a reminder of how every movie takes a village to make, and when it comes to a film as big and bold as Dune, it’s more like an entire desert city.

Check out Villeneuve’s interview with Collider here. Dune is available to stream on HBO Max.