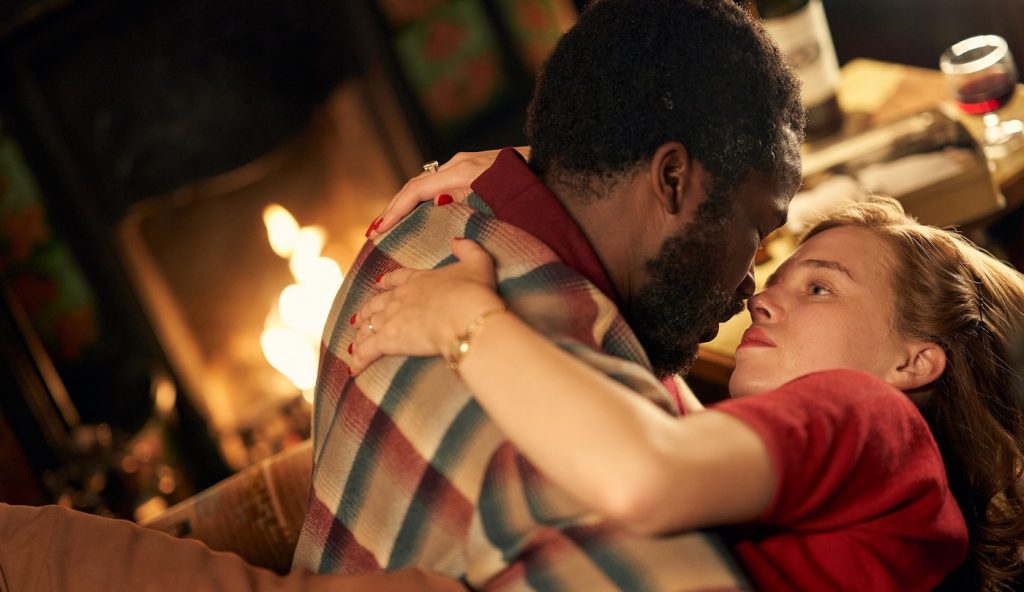 Loss and grief permeate Mothering Sunday, a class-crossed romance set in 1924 England as it reels from the collective trauma of the Great War. Director Eva Husson says the movie’s somber mood matched that of the cast and crew since the film was shot in 2020 between pandemic lockdowns.

“I think all of us felt deeply connected to the emotions of the story. It had an effect on us. We were going through the pandemic so it was surreal how close it mirrored the sense of grief in our lives, the collective loss, and how we were all trying to find the beauty and value of life,” says Husson, interviewed during the recent Toronto International Film Festival.

Based on the novel by Graham Swift, Mothering Sunday, which Sony Pictures Classics opens in NY and LA on November 19, layers loss and despair with youthful passion, all centered on one life-altering Sunday as two neighboring upper-crust families who lost sons in the war, the Nivens (Colin Firth and Olivia Colman) and the Sheringhams (Craig Crosbie and Emily Woof), put on brave faces for a mother’s day picnic. Meanwhile, the Sheringham’s sole surviving son, Paul (Josh O’Connor, best known for playing another scion of privilege, Prince Charles in The Crown), is engaged in a secret romance with the Nivens’ orphaned housemaid, budding writer Jane Fairchild (Odessa Young). The lovers’ furtive rendezvous in the Nivens’ empty house unfolds leisurely, until another tragedy strikes.

Husson, who was born in France, acted in movies as a teenager then studied directing at the American Film Institute, wrote and directed the features Bang Gang: A Modern Love Story (2016) and Girls of the Sun (2018). She says that when the Mothering Sunday adaptation by Alice Birch came her way, “it was what I’d been waiting for. I’m a curious being. I like being challenged and I definitely wanted something very far away from Girls of the Sun,” a topical drama about Kurdish women resistance fighters in Iraq.

But Swift’s novella with its shifting timeframes proved formidable for a screen adaptation. Husson says she and Birch “had to start all over in the editing phase. That’s why it took us seven months. It felt fluid on the page and then it wasn’t in the editing, which is normal and expected.” Husson credits producers Elizabeth Karlsen and Stephen Woolley for “understanding the artistic process and what needs to be done. I felt very blessed; I made the right choice to team up with them.”

To convey 1920s England and its entrenched class system, Husson’s research included reading the diaries of servants. “They were chilling — the absence of empathy of the [upper] classes. You had good employers and people who were very decent but you also had those who were absolutely atrocious. You would just get crushed until the end of your life. Maids would remain maids until their late 70s or when they could not work anymore but there was no retirement. Collective support did not exist. That is hard to comprehend or translate. For someone like Jane, with her intelligence and the instinct to survive, the connection with Paul is meaningful enough to keep her going and nourishes her despite all the tragic things.”

The film’s centerpiece scene is the intimate afternoon encounter between Paul and Jane before he must leave for the picnic where his engagement to Emma will be announced. As a former actress, Husson understood the vulnerability of both actors who are naked for much of the scene.

“Nudity … must move the story forward, If not, what is the point of it? When Paul undresses Jane, in traditional films, it’s more the male gaze. But I do not show Jane naked at that moment. It is all about what she feels: closeness and voices and touch.”

Jane and Paul’s physical and emotional closeness contrasts with the other characters who have repressed their emotions. Husson understood this, too. “Ultimately you have to dig deep inside and access your inner world. I just happen to come from a family where that kind of repression is the norm, on my dad’s side. Those characters felt very familiar to me. I find it heartbreaking and touching and I wanted to pay homage to that,” she says. “It is intrinsic to British culture. At the same time, there’s an extraordinary funny yet tragic humor that comes though in Olivia Colman’s one liners.”

Mothering Sunday portrays a very different society than the one usually associated with “the roaring twenties,” says Husson. “Everyone was in grief mode for what just happened. A lot of men had just disappeared; children and partners and future fathers. What a collective sense of loss and shock. So no wonder that when you find a connection like Paul finds with Jane, you lose yourself. Feeling safe is one of the most precious things in life. It’s naive to think that moment will translate to all of life, but it is essential and no one can take that away from her or from him.”