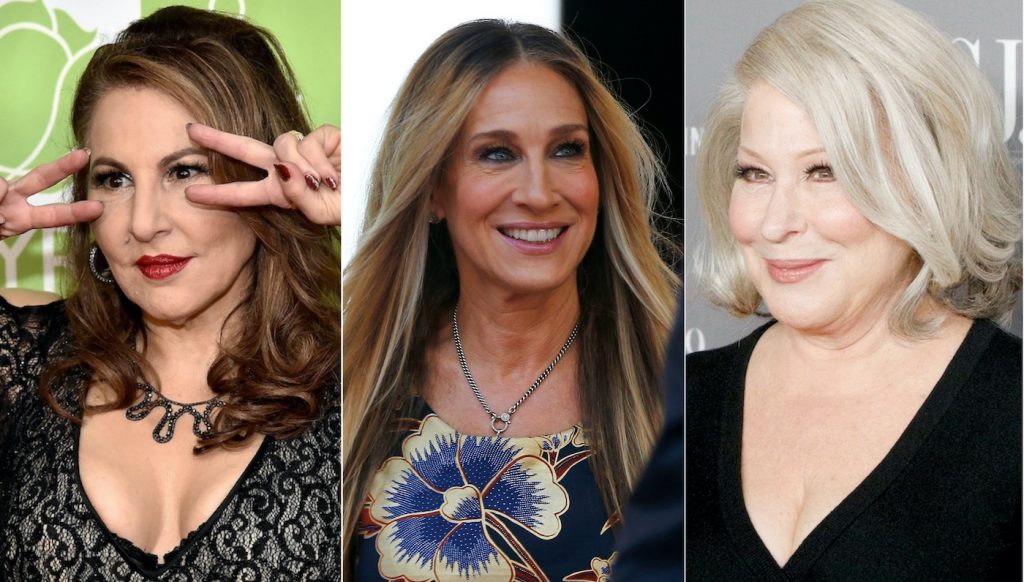 When Hocus Pocus was released in 1993, few people probably imagined that years later, as if by occult magic, the Disney film would become a cult classic and a beloved Halloween film. The original movie was directed by Kenny Ortega and starred three very game performers in Bette Midler, Sarah Jessica Parker, and Kathy Najimy as the long-dead Sanderson sisters, a trio who also happened to be witches. The Sanderson Sisters were killed during the Salem Witch Trials in 1692, yet in Hocus Pocus, they’re accidentally summoned back to life by youngster Max (Omri Katz) on Halloween. Thus begins a spooky, kooky, and downright giddy Halloween tale.

The original Hocus Pocus was overlooked in its time, but thanks to a wave of 90s nostalgia (how peaceful and innocent that era seems now) and a reappreciation for the wonderful performances, the talking cats and flying vacuums, and delicious period wardrobe that includes turtlenecks and tie-dye, Hocus Pocus has become a Halloween staple. Airing on the Disney Channel and Freeform in October, and on Disney+ year-round, Hocus Pocus has been rediscovered by delighted audiences. Now, a sequel, written by Jen D’Angelo (Solar Opposites, Workaholics) and directed by Anne Fletcher (Dumplin’), has begun filming in Rhode Island. The Sanderson Sisters are coming to the Ocean State.

Hocus Pocus 2 will be a Disney+ film and is set to premiere in 2022 (we’re going to go out on a limb and assume it’ll be released in October). Midler, Parker, and Najimy are returning as the wicked Sanderson sisters, and the film will focus on their accidental resurrection, yet again, this time at the hands of three young women. These young women will be plunged into a delightfully dastardly Halloween adventure where they’ll find themselves tasked with keeping the child-hungry witches from wreaking havoc all over again.

“Now more than ever, people need to laugh,” director Anne Fletcher said in a statement. “We should be laughing every day, and there is so much fun to be had with these three unbelievable women playing delicious characters from such a beloved film. I am so grateful to be able to play a part in bringing these witches back to life, and to be working with my friends at Disney again makes it all the more special. This is a movie for everyone, from the fans who grew up with the first film to the next generation of viewers, and I can’t wait to get started in the beautiful state of Rhode Island.”

Rhode Island has a rich cinematic history thanks to the variety of its natural splendor and the strong local filmmaking talent on hand. It’s also been home to some beloved family-friendly films like Wes Anderson’s Moonrise Kingdom and Anne Fletcher’s very own 27 Dresses. The Ocean State’s Governor, Daniel J. McKee, had this to say in a statement: “On behalf of Rhode Island, I am proud and honored that again our beautiful state, with its unique scenery, landscapes, and local talent, will be the backdrop for a major motion picture. Film and TV productions such as  Hocus Pocus 2 have positive impacts on our businesses and move our economy in the right direction.”

Major film productions like Hocus Pocus 2 have a big effect on the local economy of the states they film in. In fact, according to the Motion Picture Association, when a major motion picture films on location, it adds $250,000 every day on average to the local economy. A single production of this size involves not only the local crew members but ancillary businesses that make filming possible, from construction to dry cleaning, from catering to transportation. “Rhode Island is fortunate because we have superb partners in both the public and private sectors, and we enjoy working together to build a positive environment for the creative economy to shine,” said Steven Feinberg, Executive Director of the Rhode Island Film & TV Office, in a statement. “We are particularly grateful to Walt Disney Productions for providing good-paying jobs for many local artists and hard-working technicians from across Rhode Island.”

Striking an appropriate note on what it takes to make a major motion picture, Rhode Island’s Commerce Secretary Stefan Pryor said that creating a film like Hocus Pocus 2 “isn’t accomplished lickety-split via a magic trick — instead, it requires the hard and innovative work of professionals at splendid studios such as Disney and public partners such as our state’s Film & Television Office.”

Considering the original Hocus Pocus has become a beloved Halloween classic, it doesn’t take a witch to see the production of Hocus Pocus 2 as a good omen for audiences and Rhode Island alike.

For more on Disney+, check these stories out: