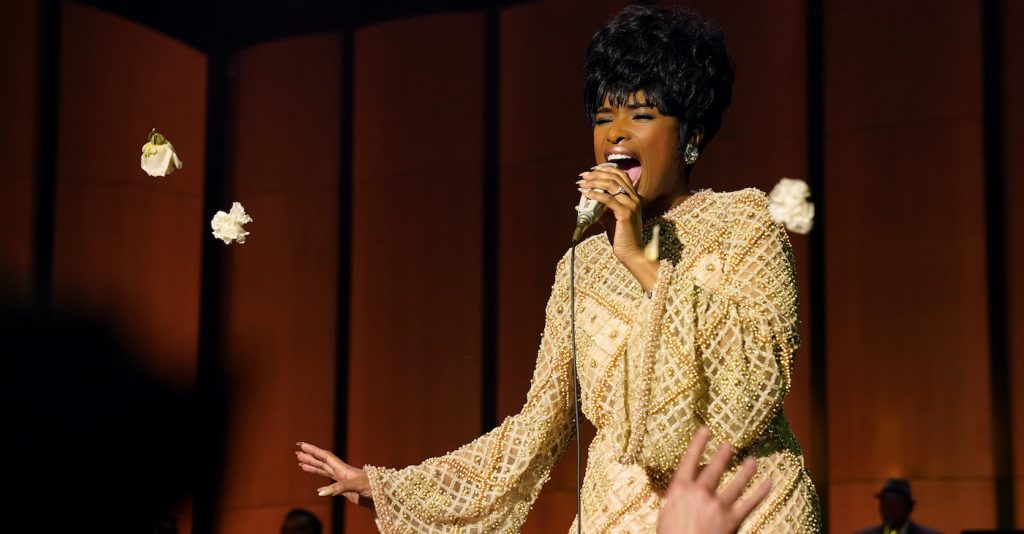 Writing a biopic is no easy task, particularly when the subject is an international icon who was a very private person. Indeed, crafting the screenplay for Respect, the highly anticipated drama chronicling Aretha Franklin’s rise from the church choir to the global stage, proved challenging, as well as rewarding, for Tracey Scott Wilson. But the fledgling feature film screenwriter, with an award-winning background in both theater and television (she co-executive produced Fosse/Verdon, The Morning Show, and The Americans, also writing for the last) was thrilled to delve into the details and tell the story of the Queen of Soul.

Respect, directed by Liesl Tommy and starring Jennifer Hudson, moved swiftly through production. Wilson was brought on in May 2019 to take over from Callie Khouri, who had to step down due to professional obligations, and shooting began just five months later. She and Tommy have been friends since they met at a New York Theatre Workshop Fellowship in the late 1990s and welcomed the opportunity to work together on the film. Respect hits theaters on August 13.

The Credits chatted with Scott about how she approached the project, what she learned that surprised her and how she especially empathized with Franklin. This interview has been edited for length and clarity.

The film starts in church and ends in church. Did having these bookends help you frame the story?

It was actually really essential because the scope of her life was just huge, and having that frame also helped us to understand what the arc of the story was, which was how does one of the greatest voices of all time find her voice, how does she become the Queen of Soul? And so having that frame really helped to narrow down all the options that we had because we were just trying to answer that one question.

Did you have any input from her family, such as her niece Sabrina Garrett Owens?

We did have [her cousin] Brenda and her niece Sabrina. They both came to the set, they both gave us access, the cast had access to them. We were allowed to ask anything that we wanted, so they were very instrumental and very helpful to us in getting the details right.

How many drafts of the script were there?

That’s funny because I was actually looking over the drafts I had the other day and I don’t know, I stopped counting at around 20.

The film takes us from her childhood through her international stardom. I read it was important to both you and Liesl Tommy to create a meaningful story about a young, privileged Black girl’s life.

Yeah, because a lot of times, the way that biopics go, the singer grows up in a very poor environment and then rises up. But Aretha grew up in a very privileged, middle-class background and had access to the musical stars and geniuses of her day, political as well, just hanging out in her living room. So it was just very important to show how all of those influences helped to frame her, politically and personally. I think one of the things that helped us to crack it was looking at this character named Aretha as opposed to Aretha Franklin, the icon. So this is 10-year-old Aretha whose father is a very famous minister and who knows all these important political and cultural people and looking at her as that, as opposed to somebody who is already fully formed Aretha Franklin.

It’s interesting that you looked at her as a character in the film, but it still must be daunting to write about a real person. I would imagine there’s extra pressure to get things right in addition to telling a great story.

Yes, and especially somebody like her, because I grew up listening to her. We worshipped her in my family. So that’s when I had to stop thinking about her as Aretha Franklin and just think about her as this person named Aretha because otherwise, it’s overwhelming. And I watched a lot of music biopics, like a lot of them. For whatever reason, I don’t know why, musicians have very similar trajectories to their lives. And so it was just very important to make it specific to her experience growing up during this time because you don’t want to say this happened and then she did this. You want to avoid it becoming a Wikipedia page.

Was there anything that was particularly tricky to write?

I think a lot of it was really challenging to write about because she was a very private person. So it was a lot of research to pull it together and make connections that weren’t just necessarily laid out — things that her sisters said about her, things that other people observed about her — because she kept everything so close to the chest. Her relationship with [her first husband and manager] Ted White, and making that a real love affair, was actually one of the biggest challenges that I had.

Audiences will learn about her activism and feminism, and her support of organizations like the Black Panther Party, the Black Power Movement, and Free Angela (Davis) Movement. Also, that “Respect” was written and originally recorded by Otis Redding, and then became an anthem for feminism. What did you learn about her that surprised you?

Basically everything. My grandmother used to listen to Rev. Franklin’s sermons, so I knew of her father, I knew of his church, but I really did not know the musical education that she and her sisters were exposed to. I didn’t know that she had traveled with her father, singing at such a young age. I didn’t know her sister, Carolyn, was a lesbian, or how close she was with her sisters. I didn’t know what an influence Rev. Franklin was on Martin Luther King Jr., and how much she influenced him and how much she meant to him. She just grew up in this political household, so politics to her was like singing, and singing to her was like breathing. The idea of giving back and the idea of working for the community was just something that was instilled in all of them.

The movie also focuses on how she broke from her father to find her voice. You are also the daughter of a preacher, so you could truly empathize. What impact did this shared world have on your storytelling?

Well, I understood what it’s like to be a preacher’s kid and to grow up and have friends who were other preachers’ kids and be under a harsh spotlight. I know what’s that like to be in that orbit and to feel the pressure, but to also be in awe of your father and the way he can speak and command the room. I think Aretha took some of those things that she learned from her father and brought that into her performance. Of course, her father had what would be the equivalent of a mega-church today and was very much ahead of his time. When you have the church in you, it never leaves you, no matter how much your faith changes or evolves. It’s just in you forever.

How was it like to work with Liesl in this medium as opposed to the theater?

I loved it, are you kidding me? For this to be both of our first movies, we’re constantly pinching ourselves. I want to keep doing it. It’s kind of remarkable, the resources that you have and the amount of storytelling that you can do, it’s just great. But I think our theater collaboration helped us with this collaboration, because Liesl brought a lot of the tools that she used in theater to the film, and I think to its great benefit.