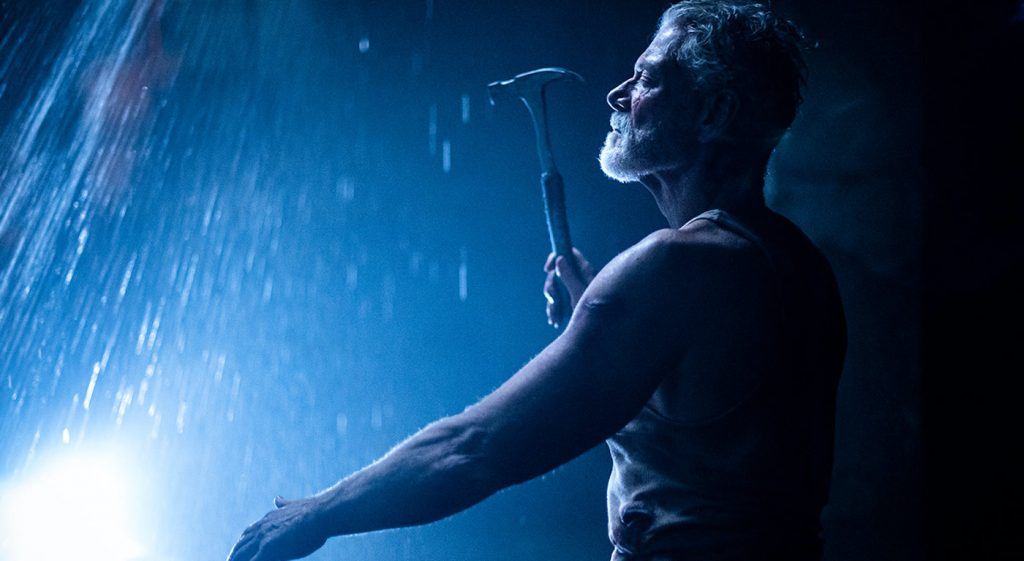 If you’re a character in a movie and are planning on pulling off a little light B&E (breaking and entering), pick anybody else’s place but the house of Norman Nordstrom (Stephen Lang). Then again, there’d be no movie without some misguided folks’ barging in on Norman’s quiet life. In the first Don’t Breathe, a surprise hit from director Fede Alvarez, based on a script he co-wrote with Rodo Sayagues, it was some silly teenagers trying to take advantage of a blind old man and rob him. Now, here comes a restricted trailer for the sequel, directed this time around by Sayagues, and based on a script he co-wrote with Alvarez, which ups the ante considerably. This nifty little handoff means that there’s a good bet Don’t Breathe 2 will take the visceral terror ginned up in the original film and push it.

In the original film, Lang’s Norman Nordstrom was just a quiet, aging blind man living alone when those aforementioned teenagers attempted to burglarize his home, figuring a blind man would be an easy mark. Yeah, it didn’t work out so well for them. In the sequel, the people breaking into Norman’s house are well aware how dangerous he is. These are not a bunch of bungling would-be burglars—these are men there to hunt Norman and snatch the little girl (played by Madelyn Grace) who’s living with him. How did you think they’ll fare?

Check out the trailer below. Don’t Breathe 2 hits theaters on August 13.

The sequel is set in the years following the initial deadly home invasion, where Norman Nordstrom (Stephen Lang) lives in quiet solace until his past sins catch up to him.