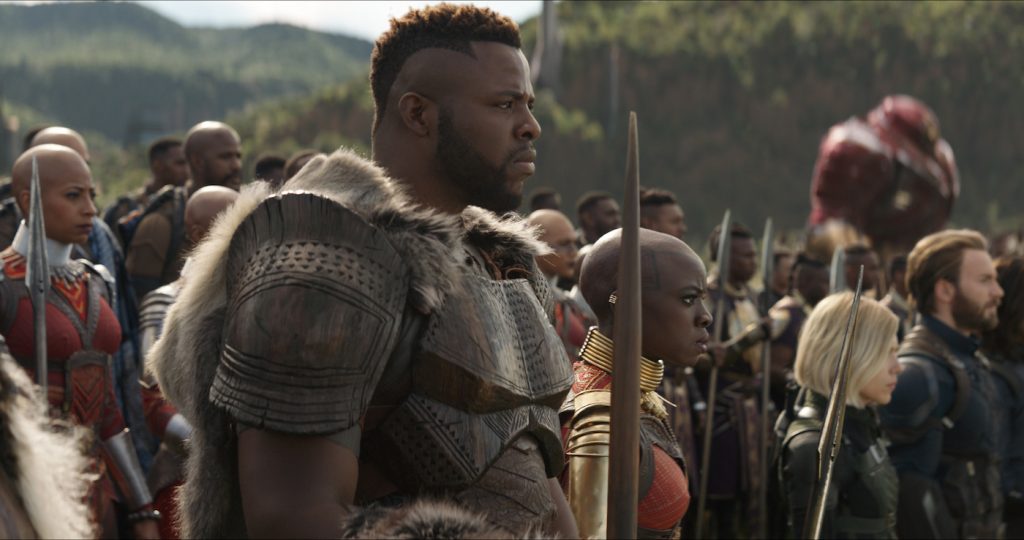 Winston Duke has fared well in Wakanda and the Marvel Cinematic Universe, so why not enter the DC universe and head to Gotham? The talented actor, who played M’Baku in Black Panther, Avengers: Infinity War, and Avengers: Endgame (and is expected to return for director Ryan Coogler’s sequel Black Panther: Wakanda Forever) and co-starred in Jordan Peele’s fantastic sophomore horror film Us with Lupita Nyong’o will now be voicing Bruce Wayne in The Dark Knight screenwriter David S. Goyer’s upcoming Spotify podcast, Batman Unburied.

Duke joins Harry Potter alum Jason Isaacs, who will be playing Bruce Wayne’s faithful butler, Alfred Pennyworth. For now, these two are currently the only known actors on the cast, but they both bring a lot of gravitas—and crucially, great voices—to the iconic roles.

Batman Unburied is going to reveal a darker side of Gotham, and of Bruce Wayne’s psyche. The series is being billed as a psychological thriller that will explore Bruce Wayne’s mind and offer dark twists on the Rogue’s Gallery of Batman’s villians. Those include some of the most iconic bad guys of all—the Joker, the Riddler, the Penguin—and will no doubt offer meaty roles for whoever gets cast. Yet the first bad guy we’ll meet in Batman Unburied is one we haven’t seen portrayed on screen, and, we’ll be meeting a work-a-day Bruce like we haven’t seen, either.

Here’s the synopsis from Spotify: “When audiences meet Bruce Wayne he is a forensic pathologist, working in the bowels of Gotham Hospital and tasked with examining the victims of The Harvester, a gruesome serial killer preying on Gotham’s citizens. Not only will the superhero be forced to face his own mental demons, but he will also have to overcome them in order to save the citizens of Gotham as his alter-ego Batman.”

We still don’t know how Batman Unburied will be released (weekly versus all at once), but we do know the Caped Crusader won’t be the only DC character to get his own series. This is merely the first podcast to come out of the deal between DC and Spotify, with more iconic DC characters expected to get their turn, including Wonder Woman and Catwoman.