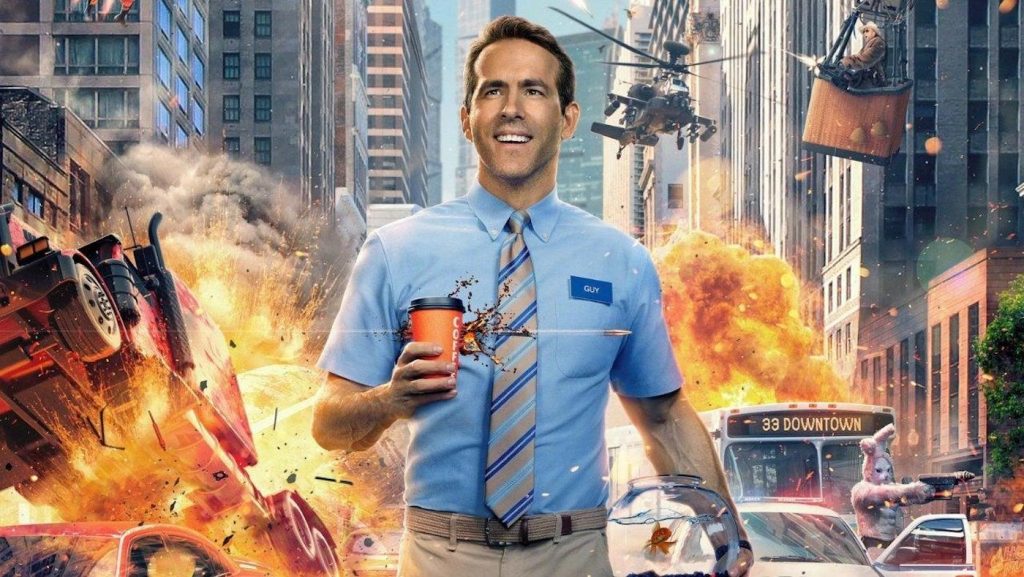 Director Shawn Levy knows his way around comedy and action. On the action side of the equation, Levy’s helmed episodes of Stranger Things, the Duffer Brothers Spielbergian Netflix series about a group of kids discovering a parallel world and the monsters that live within it in their small Indiana town. For more broad, feel-good family films, Levy’s helmed Night at the Museum and Night at the Museum: Secret of the Tomb. For more adult comedy, there was Date Night and This is Where I Leave You. Now with Free Guy, his upcoming feature, he seems to be calling upon all of the skills he’s acquired over his career. The film stars Ryan Reynolds as Guy, a bank teller whose life has never felt completely in his control. When Guy finds out he’s actually an NPC (nonplayer character) in a massive open-world video game, he decides he’s done being a mere background character for somebody else’s adventures. Guy’s determined to be the one to save the day, and the day will need saving. A new teaser from Century Studios gives us a taste of what Levy, Reynolds, and a talented supporting cast have cooked up.

The film comes from a script from Matt Lieberman and Zak Penn, and the supporting cast includes Killing Eve‘s Jodie Comer, Lil Rey Howery (who steals just about every scene in every movie he’s in), and Thor: Ragnarok director Taika Waititi.

Speaking with Collider, Reynolds assures would-be viewers that you don’t have to be a video game expert to enjoy the film: “I always look at it like, sports movies are good metaphors. The greatest sports movies ever made are not actually about sports. Field of Dreams, I wouldn’t characterize that as a baseball story. They used baseball as a vehicle to tell a really beautiful story about a son and a father trying to connect. I think that we’re doing the same thing. We’re using the video game world, the Free City world, and video game culture as a sort of vehicle to tell this really beautiful and powerful human story.”

Check out the teaser below. Free Guy hits theaters on August 13: