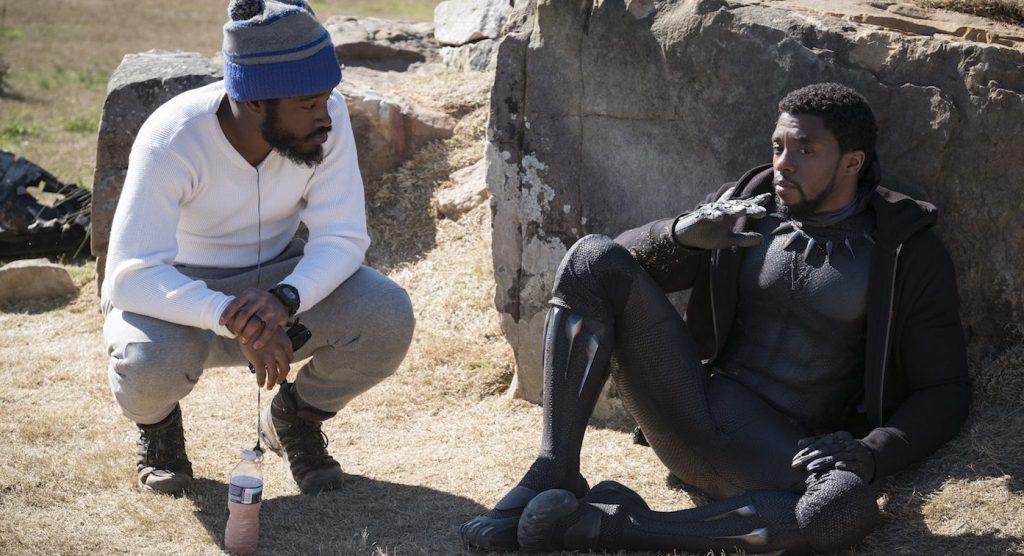 Writer/director Ryan Coogler spoke to Jemele Hill on a recent episode of her podcast Jemele Hill is Unbothered and shared the heartbreak, and the difficulty, of writing the script for Black Panther 2 without Chadwick Boseman. Boseman’s passing on August 28, 2020, at 43 years old, shocked his millions of fans worldwide, as it did the filmmaking community where he so respected and adored. Boseman had been quietly undergoing treatment for colon cancer while maintaining his busy work schedule, delivering stellar performances without letting much of the world know what he was going through. His passing was a colossal blow to the film community, his many fans, and to the millions of kids whose perceptions of what was possible, and whose stories mattered, were irrevocably changed when they saw him in Ryan Coogler’s 2018 juggernaut Black Panther.

What would happen to this incredibly rich, wonderful world that Boseman had helped Coogler create? This was one of the burning questions that Coogler has been facing, and that he opened up to Hill about. Marvel made it clear last December that Boseman’s role of T’Challa would not be recast. In speaking to Hill, Coogler talked about trying to focus on Black Panther 2 while also absorbing this massive loss. “One thing that I’ve learned in my short or long time on this Earth is that it’s very difficult to have perspective on something while you’re going through it,” Coogler told Hill.  “It’s one of the more profound things that I’ve gone through in my life, having to be a part of keeping this project going without this particular person who is like the glue who held it together.”

Coogler has turned the loss into a reason to celebrate the fact he had a chance to come to know Boseman, to work with and befriend him. This perspective of gratitude has fueled him as he charts a path forward without his star. Yet because of the nature of Coogler’s work, he said the line between the personal and professional is blurred. “You have a professional life, you’ve got a personal life,” he told Hill. “Personal life, I’m going to say that when you work in something that you love, those things blend, they come together. I’m trying to find a work-life balance. But I’m not there yet, so this is without a question the hardest thing I’ve had to do in my professional life.”

The world will be waiting to see how Coogler handles Boseman’s passing. Black Panther was more than just a film, it was a cultural phenomenon. There is immense pressure on Coogler and his creative team to figure out a way to do the impossible; honor Boseman’s legacy, and the legacy of T’Challa, the King of Wakanda, while simultaneously creating a satisfying new chapter in the broader story of Black Panther. For anyone who has watched Coogler navigate his career, there is little doubt he will find a way.