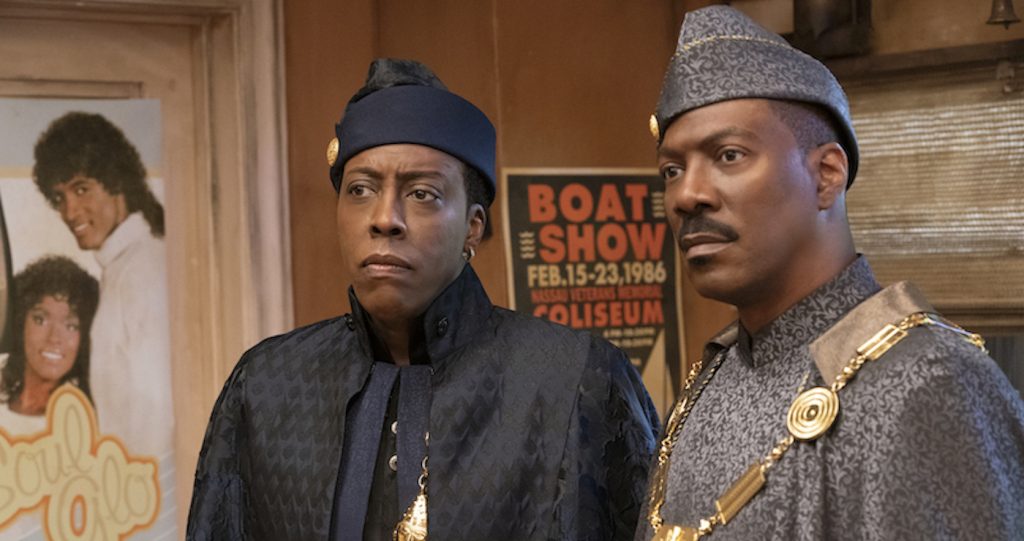 And now we’ve got our most sustained look yet at director Craig Brewer’s Coming 2 America, which really, couldn’t come at a better time. This long-awaited sequel to 1988’s Coming to America brings back a whole royal family’s worth of original characters. The ensemble is led, of course, by Eddie Murphy’s Prince Akeem, and the new trailer reveals he has risen in the royal ranks to become King. With the newly-crowned King Akeem preparing to take over Zamunda, a little detour is in order when he finds out he’s got an heir living in America. Not only America, of course, but New York City, where Akeem’s initial journey landed him all those years ago. (It still brings a smile to my face remembering when Prince Akeem looked at a map of the city in the original and, very rationally, assumed Queens was where he needed to go to find one.)

Returning to America means King Akeem needs to bring his trusted advisor and good pal Semmi (Arsenio Hall), but Semmi is hardly the only familiar face on hand. And as they did in the original, Murphy and Hall take on multiple characters, from barbers to reverends to, in Murphy’s case, Sexual Chocolate singer Randy Watson. The trailer is gleeful—one highlight among many is when Leslie Jones appears (she’s the King’s former flame Mary Junson, and the mother of his heir) and joyously says of her son, “he’s supposed to be, like, the Prince of Wakanda!” You get the sense this film was as fun to make for its cast as it should be to watch.

Coming 2 America premieres on Amazon Prime Video on March 5. Check out the trailer below: