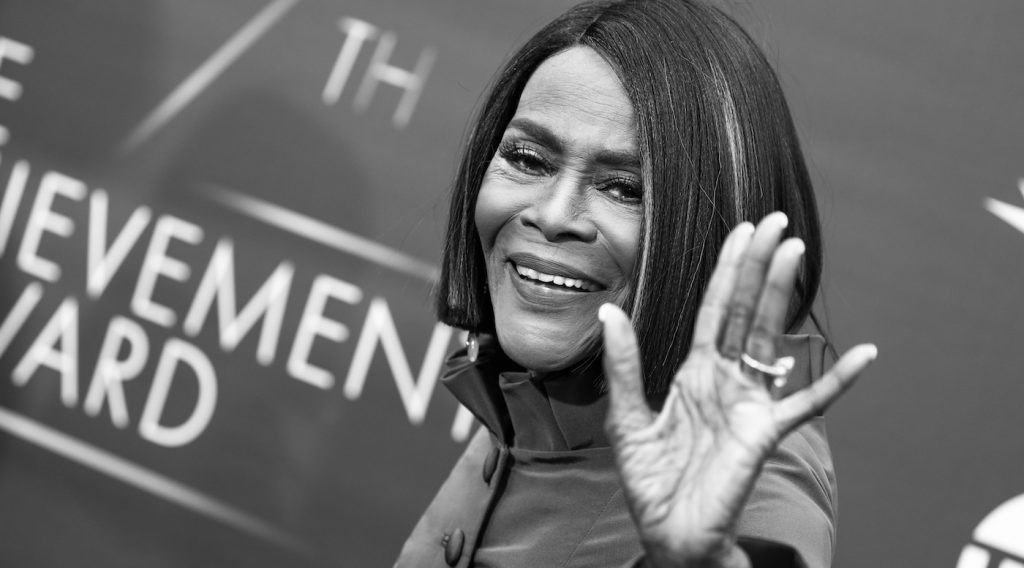 The legendary Cicely Tyson, a history-making actress, humanitarian, and style icon beloved within the entertainment industry and beyond, passed away on Thursday at 96. Tyson died just two days after her memoir, “Just as I Am,” was published. She’d recently given interviews about the book, including this sit-down with Gayle King:

Tyson’s career, which included many critically lauded performances, was trail-breaking in every sense of the word, taking on a long list of compelling, potent roles while refusing to play the types of demeaning characters usually given to Black actresses at the time. Her long, singular career spanned more than six decades in which she was breaking barriers and breaking down stereotypes throughout. She performed opposite George C. Scott in the CBS drama East Side/West Side, becoming the first Black actress to have a recurring role on a network series. Later, her incredible performance in the 1974 CBS telefilm The Autobiography of Miss Jane Pittman, in which she plays a woman who ages from 23 to 110, from before the Civil War to the Civil Rights era, made her the first Black actress to win the lead actress Emmy Award. Many more awards and nominations were to follow. Some of her great television performances include her work in Roots, King, Sweet Justice, The Marva Collins Story, and A Lesson Before Dying. She would go on to earn 17 Emmy nominations in total, including five for her work as Ophelia in ABC’s How To Get Away With Murder, the mother to Viola Davis‘s Annalise. She was inducted into the Television Academy Hall of Fame in 2020.

On the big screen, Tyson earned an Academy Award nomination for her role in Sounder and received an Honorary Oscar at the Motion Picture Academy’s Governors Awards in 2019 for her lifetime of great work on the silver screen. Roles in The Heart is a Lonely Hunter, Fried Green Tomatoes, Because of Winn-Dixie, Hoodlum, Diary of a Mad Black Woman, and, most recently, in Tyler Perry’s 2018’s film A Fall From Grace are just some of the highlights.

Tyson was a legend on Broadway, too, from her first appearance as Barbara Allen in “Dark of the Moon” to her return, 30-years later, as Mother Carrie Watts in Horton Foote’s “The Trip to the Bountiful,” which earned her what’s known as the “triple crown” of theater awards: the Tony, Drama Desk, and Outer Critics Circle awards for Best Actress. She was last on Broadway in 2015, co-starring with James Earl Jones in The Gin Game.

Tyson was not only a trailblazer and phenomenally talented performer, but she was also an advocate and humanitarian. She was the leading light of the Cicely L. Tyson Community School of the Performing and Fine Arts, which launched in 1996. Located in East Orange, New Jersey, the institution serves 1,200 students, from kindergarten through 12th grade. In 2016, President Obama awarded her the Presidential Medal of Freedom.

Throughout it all, Cicely Tyson was an advocate for Black actors and actresses coming up behind her. Her passing was felt, far and wide, by the countless people whose lives she touched, from those that she knew and helped to those that saw her on screen.

Here is just a brief snapshot of the outpouring of love for the late, truly great, Cicely Tyson:

In her extraordinary career, Cicely Tyson was one of the rare award-winning actors whose work on the screen was surpassed only by what she was able to accomplish off of it. She had a heart unlike any other—and for 96 years, she left a mark on the world that few will ever match. pic.twitter.com/JRsL3zlKtP

What struck me every time I spent time with Cicely Tyson was not necessarily her star power—though that was evident enough—it was her humanity. Just by walking into a room, she had this way of elevating everyone around her. pic.twitter.com/o6VAV63wqd

I’m devastated. My heart is just broken. I loved you so much!! You were everything to me! You made me feel loved and seen and valued in a world where there is still a cloak of invisibility for us dark chocolate girls. You gave me permission to dream… https://t.co/7V7AFZtFLa pic.twitter.com/l2TLfM4weX

She was an extraordinary person. And this is an extraordinary loss. She had so much to teach. And I still have so much to learn. I am grateful for every moment. Her power and grace will be with us forever. #cicelytyson https://t.co/RNYkGiooPD pic.twitter.com/b4wMKK1FVj

I was sitting at the table working when I got this overwhelming feeling to watch Miss Jane Pittman. I hadn’t seen the movie in years. I didn’t even understand the feeling to turn it on, but I did anyway. Not 12 minutes into the movie my phone rang… cont: https://t.co/Cnwrw6chXg pic.twitter.com/KwogNifCV8

This one cuts deep. @IAmCicelyTyson was my first screen Mom.. Elegance, warmth, beauty, wisdom, style and abundant grace. She was as regal as they come. An artist of the highest order, I will love her forever… ♥️ RIP pic.twitter.com/69Awj7qI8o

Greatness incarnate. I’m so grateful I got to see her perform live… Thank you dear Cicely for shining so bright and full every day for us all. #LegendsNeverDie https://t.co/ZdQoTGo7vL

There’s probably no better a way to honor Cicely Tyson, than by learning her story.

Just as I Am: A Memoir https://t.co/r6jBLqzjei #Amazon

TAGSABC Cicely Tyson How to Get Away With Murder