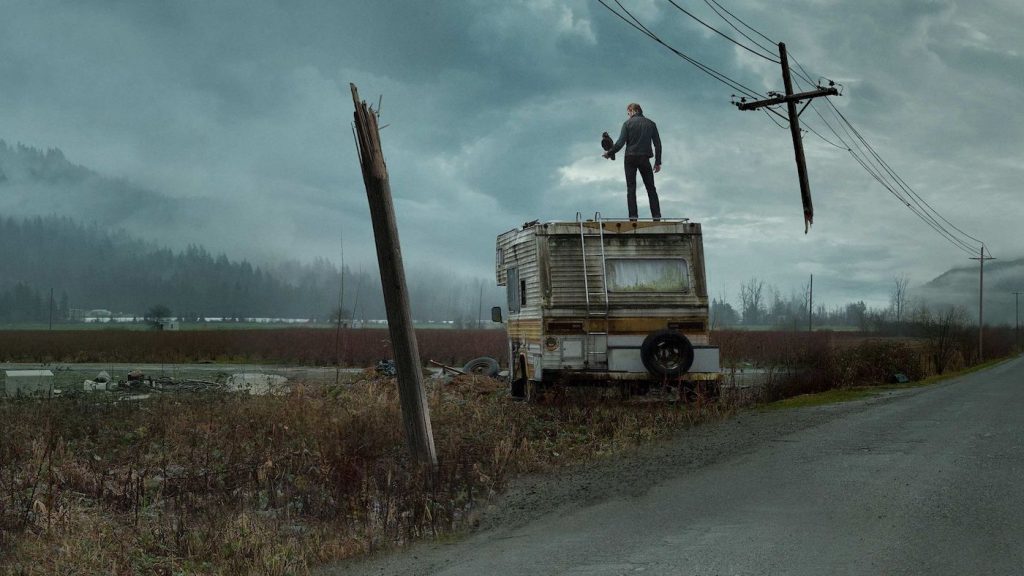 Stephen King’s The Stand, published in 1978, has eerily stood the test of time. The epic masterpiece follows the struggle between good and evil and is set against a backdrop of an apocalyptic plague called Captain Trips that has taken countless lives worldwide. The novel has been read by millions and was adapted for a four-part television series back in 1994.

Now, with showrunner, co-creator and executive producer Benjamin Cavell (Justified, Homeland) at the helm, the story of the globe’s handful of survivors who are drawn to either the “light” of Mother Abagail or the “darkness” of Randall Flagg in a battle for mankind has a new, updated treatment. King even wrote a new coda for this rendition, one he said he had been thinking about for decades.

The Credits spoke with Cavell about assembling the cast, working with the master of horror, and recreating a series that is uncomfortably timely. The following interview has been edited for length and clarity.

This story is eerily relevant. Watching the hospital scenes are particularly chilling with what is going on today. Was the show always scheduled to stream at this time?

Oh yeah, we’ve been making this show for three years for the end of 2020, and in fact, our last day of principal photography, on our original schedule as it happened, was March 11. We wrapped on March 12 and then everything shut down. I feel very lucky that we were able to finish production. And look, you know, what’s happened is so awful, it’s hard for me to think of it in conjunction with our show, in part because honestly, I don’t think of The Stand as being a book about a pandemic really. Obviously, it features a pandemic, but The Stand is really, as King has said, his version of Lord of the Rings. That’s also the reason for our nonlinear storytelling. It felt like an honest place for us to start. Our series is about what comes after, about this elemental struggle between the forces arrayed behind Flagg and the forces arrayed behind Mother Abagail. We go back to see some of the ways in which people arrived at which side of that conflict they’re on, and to see the ways that they were affected by the collapse that led to this.

Would you say that a lot of what The Stand gets to the heart of is how societies function or crumble in times of extreme stress?

When Julie McNamara [CBS All Access EVP of Original Content] approached me about adapting it at the beginning of 2018, obviously I had no idea that there’d be a pandemic. But in early 2018, at least I and the people I knew were starting to ask questions about things that we had grown up just taking for granted: about the structure of human society, about the structure of American democracy. These questions about what society owes the individual to make up that society, what does the individual owe the society in return, what do the individuals owe to each other? I mean these really fundamental questions.

What was the impetus for this reboot?

What were the objectives in assembling your ensemble cast?

One thing we knew we had to do in updating a 42-year-old book was to make the cast look more like 2019 America, and King has been incredibly supportive about that and wrote a beautiful note to us about how white and male the main characters are in the original and frankly how much happier he is now that we’ve changed that.

And we also felt there were a couple of characters from the book who really needed updating, that the characterization itself needed to be updated to play in 2019, and the ones we felt most acutely about were Mother Abagail and Tom Cullen. We had the great luxury of having our first choices to play both of those roles, Whoopi Goldberg and Brad William Henke, who were just gonna be completely committed to having them be real people who felt modern. Whoopi made sure we remembered that before anything else Mother Abagail has to be a real person. Yes, she’s getting messages from some entity or some power, but she didn’t choose to, she doesn’t really know what they mean. It’s important to always give her the dignity of having her be a human being and not a kind of spiritual being.

The characterization in the book to me always felt like Lennie from Of Mice and Men, kind of embodying that old idea of the child trapped in an adult body. That doesn’t really exist in at least the way I understand it, so it was very important that Tom had a level of self-awareness that he doesn’t have in the book. There is the suggestion in the book and in our series that at least part of what’s going on with Tom is an injury. The speech that I wrote for Tom, that Brad performed so beautifully, was about who he is, the fact that he’s clearly making his way in the world before Captain Trips.

Both Stephen King and his son, Owen, were on your writing team. What did Owen bring to the table? And Stephen wrote a new ending that he’d been wanting to explore; was there ever a feeling to stick with the original ending?

Owen is a wonderful writer and a wonderful guy and is really smart about story and structure, so he brought all of that to the writing staff. And also having a member of the King family there, I think more than anything, just gave us a feeling of freedom that we could really dig into the show we were making and pitch things that fit with the story we were telling, and if we started to veer too far from the book, we had somebody there who could pull us back — not that frankly we ever did.

King read every draft and signed off on it and he wrote our coda, but he wasn’t in the writer’s room. There was never any discussion of wanting to stick with our ending versus his ending. He’s Stephen King and if Stephen King says that he wanted to write more of The Stand and trust us to make it, our response was what do you need for that to happen?

The fourth episode of The Stand will stream on CBS All Access this January 7.

Featured image: The Stand on CBS All Access. Courtesy CBS.