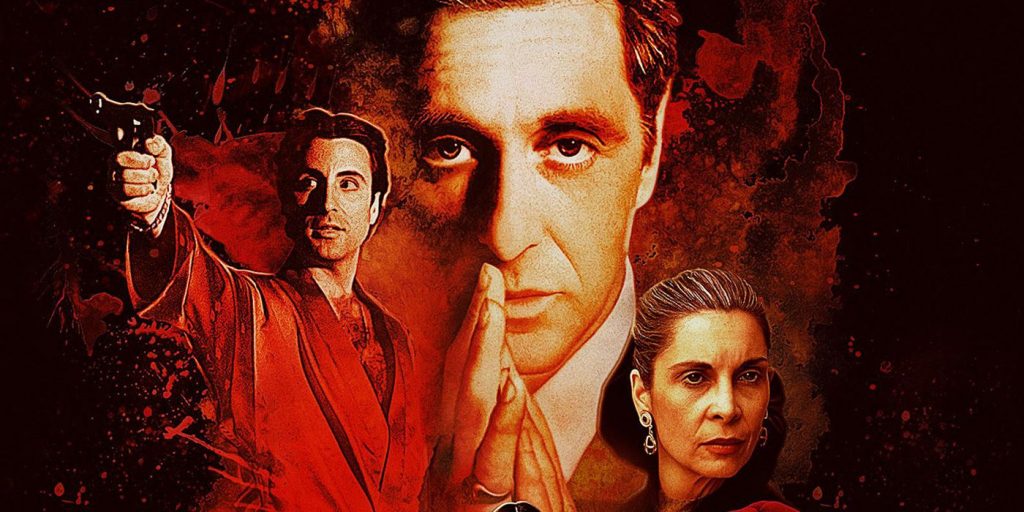 The Trailer for “The Godfather, Coda: The Death of Michael Corleone” Pulls us Back in

In case you missed this bit of news yesterday, Paramount released the trailer for The Godfather, Coda: The Death of Michael Corleone. If you haven’t been following the slow-burn buildup to this re-release (of sorts) to co-writer and director Francis Ford Coppola’s The Godfather Part III, you might be surprised to learn about this film. The Death of Michael Corleone is, in fact, The Godfather: Part III—but—it’s been re-edited, and boasts a new beginning and ending. The picture and sound quality have also been restored. While The Godfather and The Godfather: Part II are on just about every serious cinephile’s list of greatest films of all time, Part III is…not. Will this new re-edited version, with a new title, no less, elevate the final film in the legendary filmmaker’s trilogy? We’ll find out soon!

The Godfather: Part III tracks Michael Corleone (Al Pacino)’s life as he tries to ease his way out of the world he worked so assiduously to master—organized crime. Michael wants to go legit, but it’s tough to turn away from the mafia, your rivals and enemies, and up-and-comers like Vincent (Andy Garcia). While Part III was clearly not on par with the first two films, there are still some amazing moments, great performances, and memorable lines. “Just when I thought I was out, they pull me back in!” is one such classic.

Check out the new trailer, and a new featurette featuring Coppola himself, below. The Godfather, Coda: The Death of Michael Corleone will have a limited theatrical release on December 4, and then arrive on Blu-ray and digital on December 8.

Here’s the official synopsis for The Godfather, Coda: The Death of Michael Corleone:

Celebrating the 30th Anniversary of The Godfather: Part III, director/screenwriter Francis Ford Coppola brings a definitive new edit and restoration of the final film in his epic Godfather trilogy—Mario Puzo’s THE GODFATHER, Coda: The Death of Michael Corleone. Michael Corleone (Al Pacino), now in his 60s, seeks to free his family from crime and find a suitable successor to his empire. That successor could be fiery Vincent (Andy Garcia)… but he may also be the spark that turns Michael’s hope of business legitimacy into an inferno of mob violence. The film’s meticulously restored picture and sound, under the supervision of American Zoetrope and Paramount Pictures, includes a new beginning and ending, as well as changes to scenes, shots, and music cues. The resulting project reflects author Mario Puzo and Coppola’s original intentions of The Godfather: Part III, and delivers, in the words of Coppola, “a more appropriate conclusion to The Godfather and The Godfather: Part II.”’