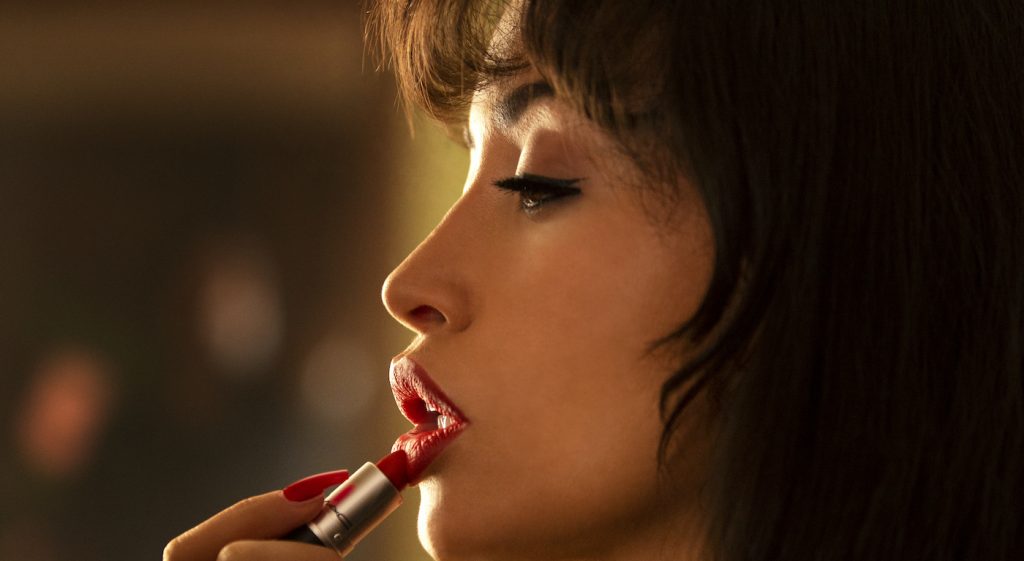 Netflix has revealed the first trailer for director Hiromi Kamata’s Selena: The Series starring Christian Serratos (The Walking Dead) as Selena Quintanilla, the Texas-born Tejano music star who went from being a beloved but little known singer to a star with chart-topping albums. Selena is considered one of the most famous Mexican American entertainers of all time, with her album “Selena Live!” winning a Grammy in 1994. The last time her story was told was in Gregory Nava’s 1997 film Selena, starring a young Jennifer Lopez in the lead role. This first trailer from Netflix reveals a pitch-perfect Serratos as the young star, whose life was tragically cut short when she was shot and killed on March 31, 1995, a few days before her 24th birthday. Her posthumous album, “Dreaming of You” debuted on top of the Billboard 200 chart, making her the first Latin artist to do so.

Selena: The Series will have a larger palette to paint the picture of Selena Quintanilla’s life, including a more fulsome look at her family. In the teaser, we see Selena on stage singing “Como La Flor” while her father, Abraham Quintanilla (Ricardo Chavira), promises her that if she keeps practicing, all her hard work will pay off. “And when I see you on that stage, I still see the six-year-old girl singing in our backyard.”

“Selena will always have a lasting place in music history and we feel a great responsibility to do justice to her memory,” Suzette Quintanilla said when the series was first announced in 2018. “With this series, viewers will finally get the full history of Selena, our family, and the impact she has had on all of our lives. We are excited to partner with Campanario and Netflix to give fans a never-before-seen glimpse at our story and highlight why Selena will remain a legend for generations to come.”

Here’s the super-brief synopsis from Netflix:

As Mexican-American Tejano singer Selena comes of age and realizes her dreams, she and her family make tough choices to hold on to love and music.