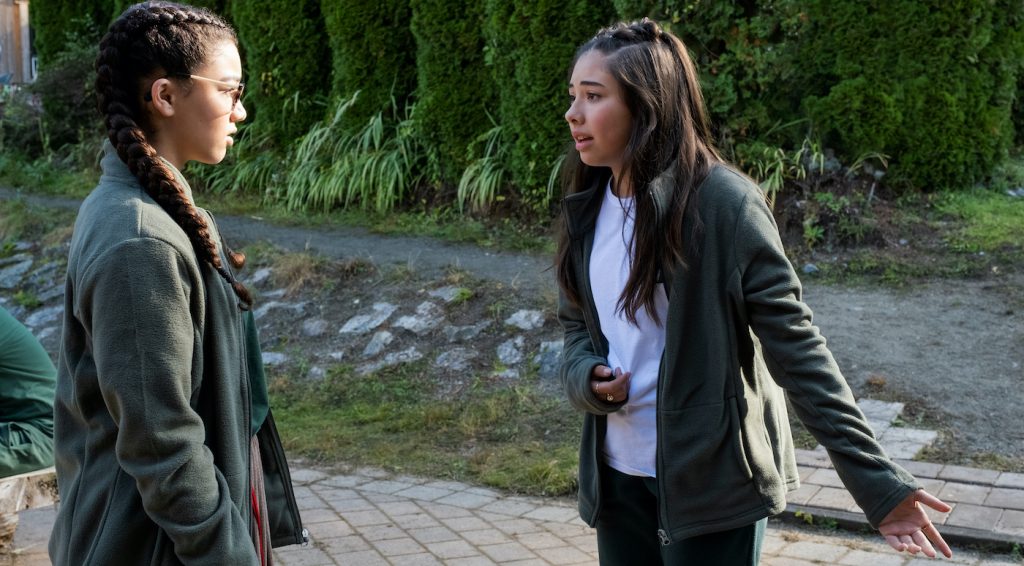 The doctor has a new ally (we think). Deadline reports that a new face is joining Benedict Cumberbatch in Doctor Strange 2—The Baby-Sitters Club star Xochitl Gomez. The news surrounding Doctor Strange has been swirling lately, with intriguing revelations worthy of the Sorcerer Supreme himself. In early October it was revealed that Cumberbatch’s Doctor Strange would be showing up in Spider-Man 3, an intriguing bit of Marvel Cinematic Universe expansion (and a crossover into a Sony Pictures film, no less) made all the more interesting by the fact that Spider-Man (2002) and Spider-Man 2 (2004) director Sam Raimi is helming Doctor Strange 2 (properly known as Doctor Strange Into the Multiverse of Madness).

Gomez joins Cumberbatch and two expected returning stars, Benedict Wong as Doctor Strange’s right-hand man, Wong, and Chiwetel Ejiofor as a former friend and now formidable adversary, Karl Mordo. Also expected is Elizabeth Olson, as Wanda Maximoff, aka Scarlet Witch. We know thanks to previous reporting that Wanda’s storyline intersects with Doctor Strange’s in the upcoming Disney+ WandaVision, which sees her and Paul Bettany’s Vision living in what appears to be a parallel universe—in a Leave it to Beaver-like suburban idyll, no less. We might glean a bit about what we can expect in Into The Multiverse of Madness when WandaVision premieres in December.

Considering how little is known about the plot of Into the Multiverse of Madness, it’s unsurprising that we don’t know who Gomez will be playing. We know that the film is slated to start production in May, after Cumberbatch wraps up his work on Spider-Man 3. In The Baby-Sitters Club, Gomez plays Dawn Schafer, an eco-minded member of the group who was blonde and blue-eyed in the books, but Latina in the series. “It’s really important that there is representation for girls that look like me,” Gomez told the Los Angeles Times. “When I was younger, I didn’t see many characters on TV shows that I could see myself in. And it really matters that TV reflect the world.”

Now Gomez is heading to a massive film, joining the most successful mega-franchise in film history. Here’s hoping her character becomes an integral part of the MCU moving forward.