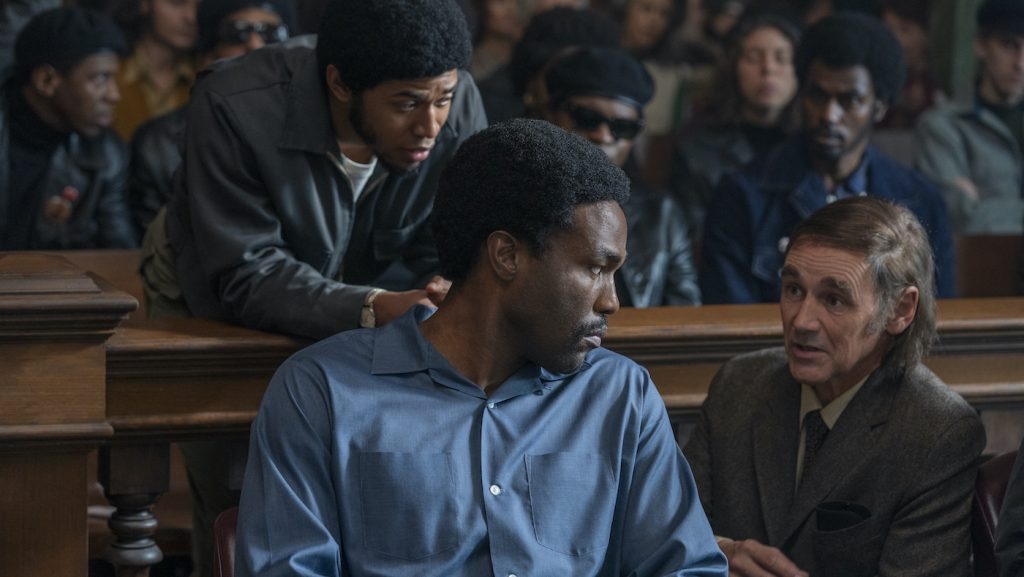 Now seems like a particularly potent time for Aaron Sorkin’s The Trial of the Chicago 7 to debut on Netflix. The first teaser, released yesterday, reveals Sorkin’s take on the upheaval during the 1968 Democratic National Convention in Chicago. This is the legendary screenwriter’s second directorial effort, after 2018’s Molly’s Game, and it sees him working with a larger cast of top-flight talent tackling a particular moment in American history that feels extra resonant right now.

The Trial of the Chicago 7 will likely introduce younger viewers to some of the late 20th century’s most important influential voices for the first time. The film focuses on the trial that took place in the aftermath of the protests that were meant to be peaceful but which flashed into violence. The organizers of the protest were household names back in their era—Abbie Hoffman (Sacha Baron Cohen), Jerry Rubin (Jeremy Strong), Tom Hayden (Eddie Redmayne), and Bobby Seale (Yahya Abdul-Mateen II). These men were ultimately charged with conspiracy to incite a riot in what became one of the most notorious trials of the century. The cast also includes Mark Rylance as their attorney William Kuntsler, Joseph Gordon-Levit as prosecutor Richard Schultz, and Frank Langella as Judge Julius Hoffman.

The teaser will immediately make clear why The Trial of the Chicago 7 will resonate today, even with folks too young to have a real appreciation for just how volatile things were in 1968. The imagery of cops streaming into peaceful protestors with batons and shotguns could be something drawn from our own evening news (if the cop’s uniforms and the protestor’s clothes were slightly modified). The “confrontation” between the protestors and the police came in a country reeling from the assassinations of Martin Luther King. Jr and Bobby Kennedy, in a moment in which it seemed the future of America hung in the balance. Obviously, we are in another such pivotal moment in American history, which makes The Trial of the Chicago 7 potentially painful, but stirring, material.

Sorkin is a master of the courtroom drama, so there is little doubt the scenes of the trial itself will be riveting. How well he and his sensational cast paint the larger picture of America on the brink will be one of the many reasons The Trial of the Chicago 7 feels like a must-see film.

The Trial of the Chicago 7 debuts in select theaters and on Netflix on October 16. Check out the teaser below:

What was intended to be a peaceful protest at the 1968 Democratic National Convention turned into a violent clash with police and the National Guard. The organizers of the protest—including Abbie Hoffman, Jerry Rubin, Tom Hayden, and Bobby Seale—were charged with conspiracy to incite a riot and the trial that followed was one of the most notorious in history.

TAGSNetflix Trial of the Chicago 7