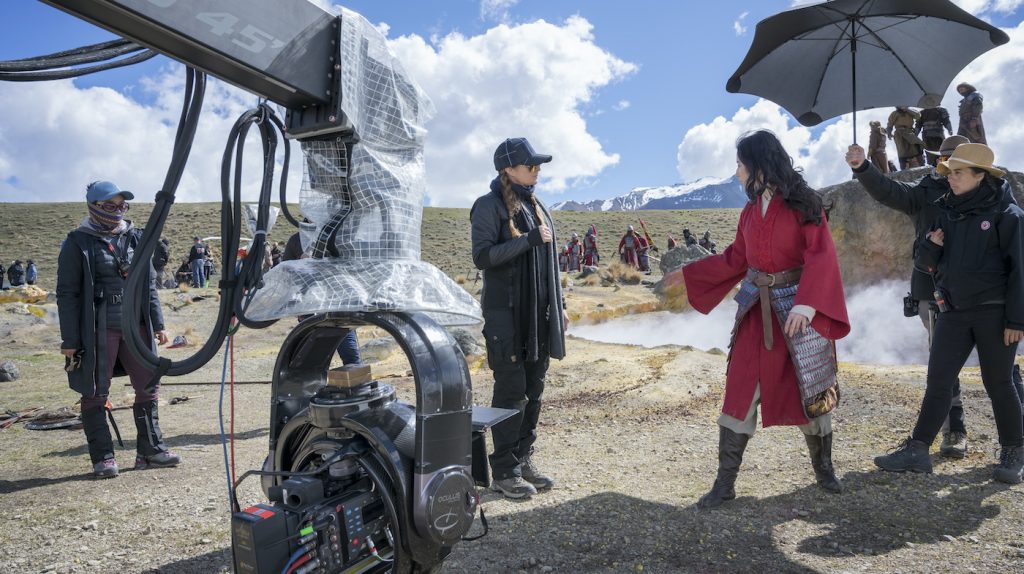 We’re just a few days away until Disney’s live-action remake of Mulan becomes the first major blockbuster to head directly to streaming. The sweeping epic hits Disney+ this Friday, September 4. Now, a new behind-the-scenes video focused on director Niki Caro reminds us why Mulan got rave reviews from the folks lucky enough to see press screenings earlier this year.

“In order to bring this legendary story to life I had a huge vision for the live-action Mulan,” Caro says. “The film needed to be massive because this is an epic action-adventure movie.”

The story is centered on a young woman (Yifei Liu) who disguises herself in order to take her father’s place in the upcoming war with China. Yet what we’ve learned from tracking this film through its production (and reading reviews) is just how technically ambitious these fight sequences are. Watching Liu brandishing her sword, leaping from roofs, and scampering up walls reveals action with elegance. “The way Niki wanted to shoot the stunts was not in a rough and rugged way, but to be elegant and beautiful,” says cinematographer Mandy Walker. Stunt coordinator Ben Cooke adds that Caro “sees the action through different eyes, she’s really in tune with character development and how we use the action to drive the story.”

Joining Liu are martial arts legends Jet Li and Donnie Yen as Commander Tung and Jet Li as the Emperor. Their co-stars include Jason Scott Lee as Böri Khan; Yoson An as Cheng Honghui; and Gong Li as Xianniang.

Caro’s film comes from a screenplay by Rick Jaffa, Amanda Silver, Elizabeth Martin, and Lauren Hynek, based on the narrative poem “The Ballad of Mulan.”

“Niki’s an actor’s director,” says star Yifei Liu. “She’s really about the performance, and that’s what’s most precious on screen.”

What’s on screen looks sensational. Check out the video here:

For more on Mulan (and as an added incentive to see the film at home if you’re living in the U.S. or Canada), see below:

“Mulan” Heading to Disney+ This September