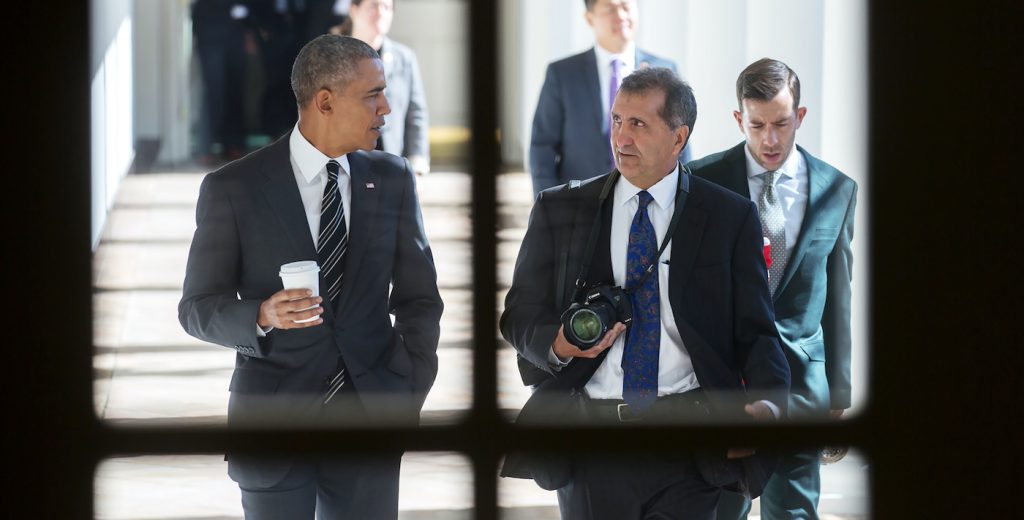 Director Dawn Porter seems to be on a personal mission to capture American giants. The director/producer’s last film was the heartbreakingly timely, must-watch documentary John Lewis: Good Trouble, about the late, great Georgia congressman, Civil Rights activist, and American legend. Her upcoming film is based on the work of renowned photographer Pete Souza, chronicling his time in the White House working for Presidents Ronald Reagan and Barack Obama.”

“I know what happens in the Oval Office,” Souza says at the top of the film’s official trailer. “And that’s what scares me.”

Souza knows his presidential history, having been in near lockstep with President Obama for his entire presidency. In (yet another) unusual turn, the current resident of the Oval Office doesn’t allow a photographer to document life inside the White House. This couldn’t have been further from the case when Souza worked as the official White House photographer during Obama’s tenure. His photographs of Obama’s two terms were some of the most arresting images of our young century, capturing a transformative president and First Lady in times of tremendous stress and profound change, dealing with matters of global importance and matters a little closer to home (we’re looking at you, Bo the dog.)

“The job of the chief official White House photographer is to make authentic photographs,” Souza says. “Photographs break down the idea that these people are somehow different from us,” says historian Doris Kearns Goodwin later in the trailer.

“For decades at the White House, photographs of the president at work and at play have hung throughout the West Wing, and each print soon gives way to a more recent shot,” wrote the New York Times’ Jackie Chalmers in 2012. “But one picture of President Obama remains after three years.” That image is arguably the most iconic in Souza’s ring career, capturing the moment when a 5-year-old boy named Jacob Philadelphia asked if President Obama’s hair was just like his, and the President bowed down so Jacob could touch his hair.

“That image,” says Ben Rhodes, the former Deputy National Security Advisor, “stands for how kids will see themselves differently forever.”

“Leadership, character, and empathy” is how Souza describes President Obama. In The Way I See It, we’ll all get a chance to get a closer look at President Obama and see those qualities from a vantage point that has, for the time being, vanished.

Based on the New York Times #1 bestseller comes The Way I See It, an unprecedented look behind the scenes of two of the most iconic Presidents in American History, Barack Obama and Ronald Reagan, as seen through the eyes of renowned photographer Pete Souza. As the Official White House Photographer, Souza was an eyewitness to the unique and tremendous responsibilities of being the most powerful person on Earth. The movie reveals how Souza transforms from a respected photojournalist to a searing commentator on the issues we face as a country and a people.

TAGSFocus Features The Way I See It