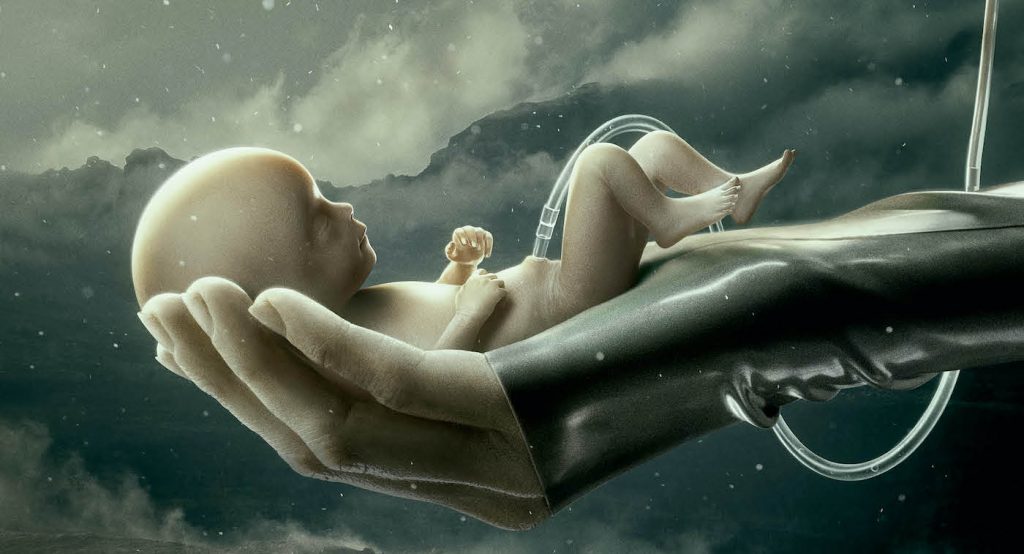 Hot trailers alert! The trailer for I’m Thinking of Ending Things, the long-awaited next film from writer/director Charlie Kaufman is here (it’s the first live-action film he’s directed in a decade). So, too, is the official trailer for Raised By Wolves, Ridley Scott’s new HBO Max sci-fi series. Lots to be excited about here folks.

Let’s begin with Scott’s series. We all know that Scott made his name with sci-fi, directing two of the best films in the genre of all time—Alien and Blade Runner. In Raised By Wolves, we follow two androids, Mother and Father (Amanda Collin and Abubakar Salim), who raise human children on a strange new planet. The issue for Mother and Father is that human beings are hard to manage, in nearly all ways, but they’re cute when they’re kids, at least. What’s clear from the trailer is Raised By Wolves will bring Scott’s signature blend of sci-fi and horror together, which he’s used to such fantastic effect throughout his career.

Check out the trailer for Raised By Wolves here. The new series streams on HBO Max on September 3:

Over on Netflix, Charlie Kaufman’s I’m Thinking of Ending Things is based on Iain Reid’s novel of the same name and stars Jessie Buckley and Jesse Plemmons in a particularly timely bittersweet romantic comedy. The gist? Buckley’s young woman ends up getting stuck at Plemmons’ parents’ farmhouse and begins questioning everything, from their relationship to herself to the entire world. Sounds like quarantine! It also sounds like ripe material for Kaufman, the king of ennui.

Here’s the Raised By Wolves synopsis from HBO Max:

From executive producer Ridley Scott, Raised by Wolves centers on two androids tasked with raising human children on a mysterious virgin planet. As the burgeoning colony of humans threatens to be torn apart by religious differences, the androids learn that controlling the beliefs of humans is a treacherous and difficult task. The highly-anticipated series premiere will debut on September 3rd on HBO Max. Scott directed the first two episodes of the 10-episode series, marking his television series directorial debut for American audiences.

Here’s the I’m Thinking of Ending Things synopsis from Netflix:

Despite second thoughts about their relationship, a young woman (Jessie Buckley) takes a road trip with her new boyfriend (Jesse Plemons) to his family farm. Trapped at the farm during a snowstorm with Jake’s mother (Toni Collette) and father (David Thewlis), the young woman begins to question the nature of everything she knew or understood about her boyfriend, herself, and the world. An exploration of regret, longing, and the fragility of the human spirit, I’M THINKING OF ENDING THINGS is directed and written by Academy Award® winner Charlie Kaufman (ETERNAL SUNSHINE OF THE SPOTLESS MIND). Inspired by Iain Reid’s bestselling namesake novel.