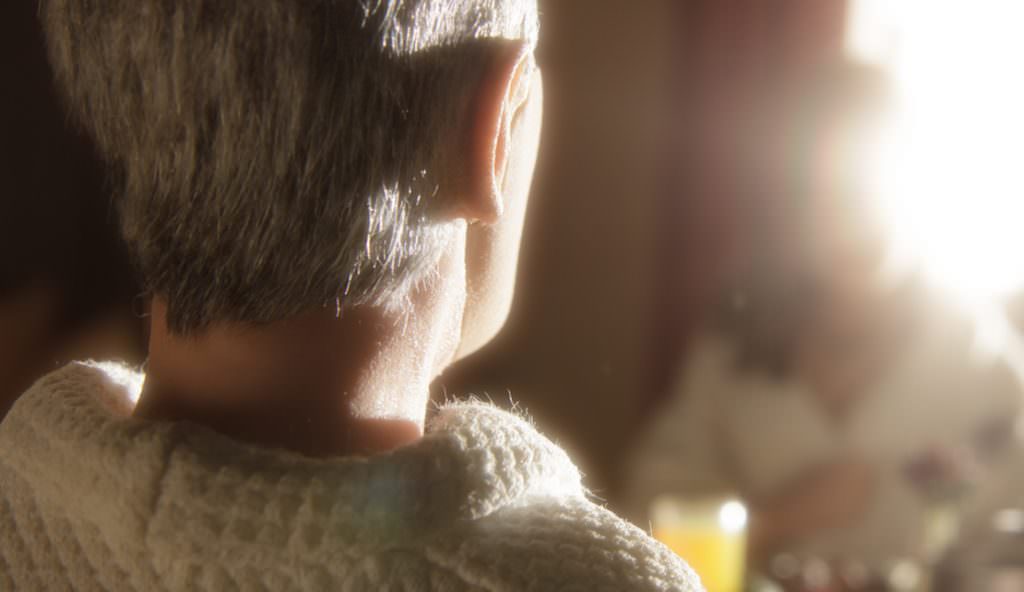 We've already written about Starburns Industries, the mechanics behind the magic of Charlie Kaufman and Duke Johnson's Anomalisa. It's a film of tiny things. In order to populate every frame of Michael Stone's business trip to Cincinnati with those life-like things, the creators of Anomalisa were tasked with creating thousands of beautiful, identifiable elements in exacting, miniature detail. Thanks to a series of behind-the-scene featurettes released by Paramount Pictures, we can show you glimpses of the "tiny things" these filmmakers labored over to give Anomalisa it's astonishingly detailed beauty.

The very first image in the film is a sun-dappled bank of clouds. At first, it looks so photo realistic that you might forget you're watching an stop-motion animated film. One of the wonderful things about how they achieved this effect is how homemade it is—it's almost something a kid could do for a school project. Almost.

It seems like it would be fairly simple to create a character's feet, right? Think again. Feet in motion require a very thoughtful design to make them look like they're really carrying the weight of a person's body across space.

Perhaps this is a skill they learned in college; rolling perfect, albeit tiny, cigarettes. They actually burned the ends of the butts to give them the authentic, unhealthy look they deserve.

Michael likes to drink, but unfortunately for the Anomalisa team, there are no "miniature glass blowers." They figured out how to make Michael's martini glass nevertheless.

Making lifelike eyeballs has been a big challenge for stop-motion animators for years. The difficulty is not just their small scale, but making it so that they retain and reflect light convincingly.

Talk about a tiny detail. In the film, Michael takes a taxi from the airport to his hotel in Cincinnati. Blink and you'll miss the air freshener dangling from the taxi's rearview mirror. That didn't keep them from creating it with exacting detail.