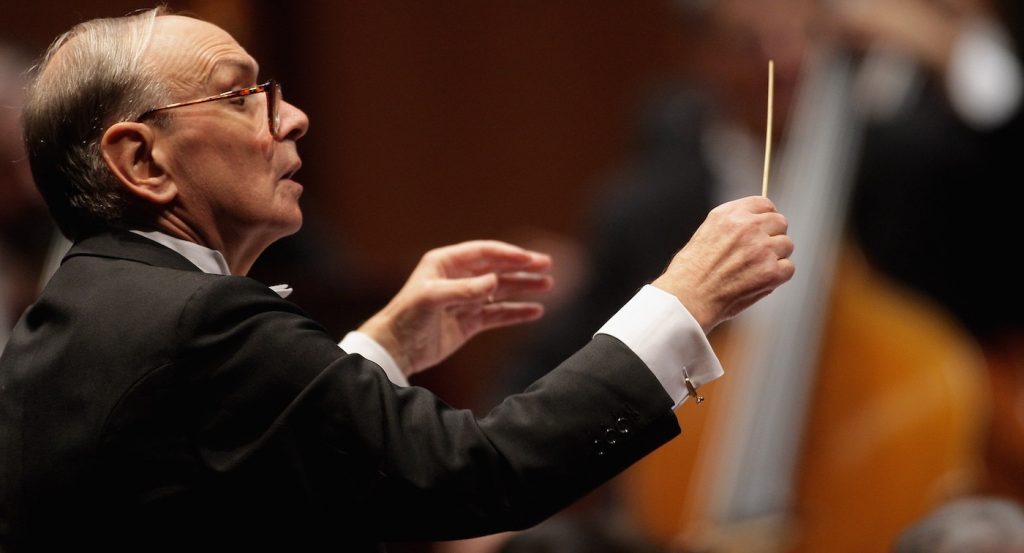 There was and will only be but one Ennio Morricone, the man affectionately known as “The Maestro.” The legendary Italian composer, an Oscar-winner whose singular sound changed the way we listen to movies, passed away at 91. Morricone’s career spanned six decades and more than 500 films and generated some of the most beloved scores ever created. His work on Sergio Leone’s spaghetti westerns (Leone didn’t care for the term) alone would make a career, but Leone was sought after by directors from all over the world. His work helped shape Terrence Malick’s Days of Heaven, Roland Joffé‘s The Mission, Brian De Palma’s The Untouchables, and Quentin Tarantino’s The Hateful Eight, for which he won an Oscar, to name but a few. (He received an honorary Oscar in 2007 and 11 David di Donatello Awards, Italy’s highest film honors.)

Morricone and Leone had met as children in elementary school. Morricone was a lifelong Rome resident, and his scores felt inextricable from Leone’s spaghetti westerns. Just think about Leone’s early films, including A Fistful of Dollars, For a Few Dollars More, and the beloved The Good, the Bad, and the Ugly. All three of these films starred a young Clint Eastwood, and all three are impossible to imagine with Morricone’s ripe, pliant scores.

“The music is indispensable because my films could practically be silent movies, the dialogue counts for relatively little, and so the music underlines actions and feelings more than the dialogue,” Sergio Leone said. “I’ve had him write the music before shooting, really as a part of the screenplay itself.”

Morricone inspired an entire generation of composers, becoming one of the few maestros in the business to become a household name. Take the soundtrack for the Netflix series Luke Cage, in which composers Adrian Younge (Something About April) and Ali Shaheed Muhammad from A Tribe Called Quest combined forces to create a “genre-bending blend of orchestral score and 90s hip-hop beats, filtered through the sonic lens of the works of Ennio Morricone.”

To celebrate Morricone’s astonishing career, check out this hour-long compilation of some of his greatest songs, including “The Ecstasy of Gold” from Leone’s The Good, the Bad, and the Ugly, perhaps one of the most iconic songs ever written for the screen.