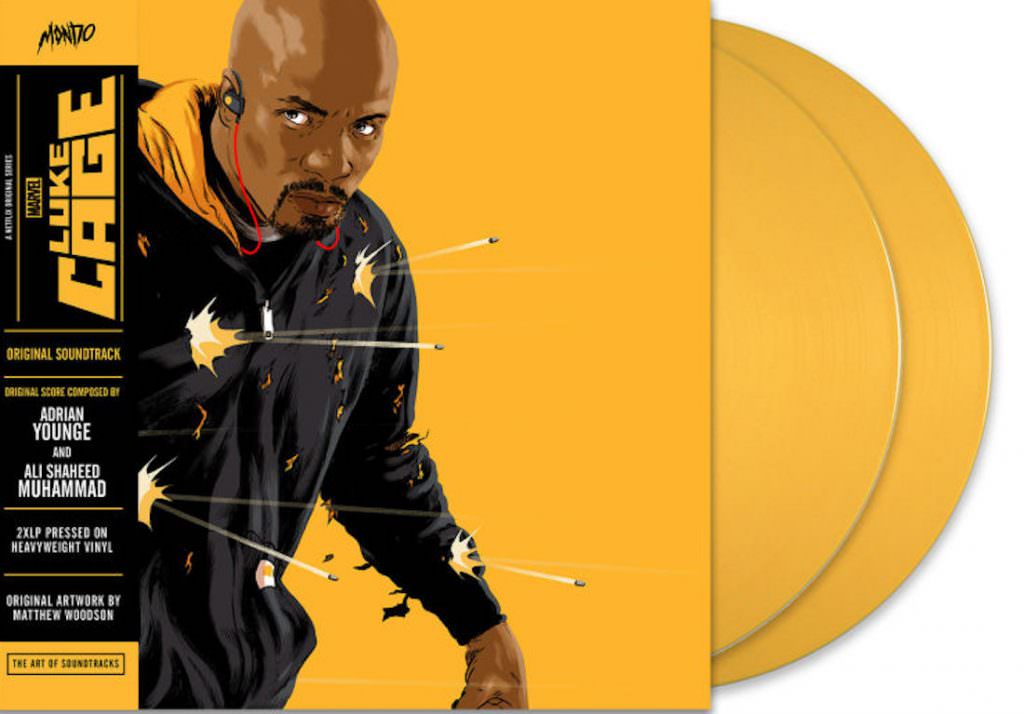 If you've watched Marvel's Luke Cage on Netflix, one of the many things you probably loved was the soundtrack. As we wrote back in September, the musical supervisors on the show are none other than Adrian Younge and Ali Shaheed Muhammad (both are members of A Tribe Called Quest), and they looked at each of the 13 episodes as an individual album. Music is such an curcial part of the show that showrunner Cheo Hodari Coker revealed that each episode is named after a Gang Star song, including “Soliloquy of Chaos” and  “Moment of Truth.” Bands like A Tribe Called Quest, Gang Star and Wu Tang are just a few of the musical touchstones the show used.

The vinyl release of the Luke Cage soundtrack, by Mondo, comes out today, October 7.  "We're excited to unveil the soundtrack for Marvel’s Luke Cage with collectible artwork of the bulletproof hero by Matthew Woodson. Composers Adrian Younge (Something About April) and Ali Shaheed Muhammad (A Tribe Called Quest) have combined forces to produce one of the best scores of 2016 featuring an inspired, genre-bending blend of orchestral score and 90s hip-hop beats, filtered through the sonic lens of the works of Ennio Morricone."

You can get all the information you need from Mondo here.