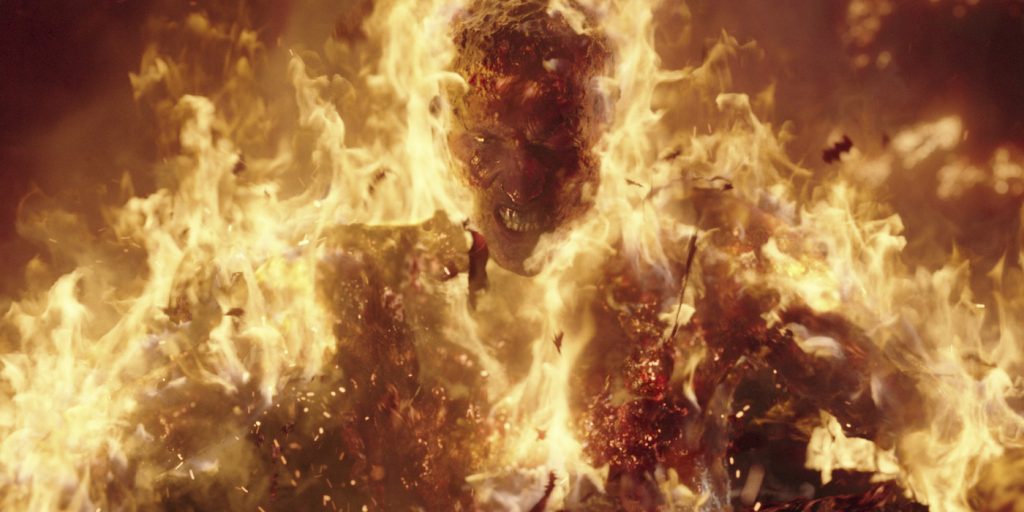 Last Friday, Netflix released director Gina Prince-Bythewood‘s critically acclaimed new film The Old Guard, about a team of immortal beings trying their level best to keep humanity from destroying itself. Good luck with that. (The film is awesome). Now, the streaming giant has revealed the first trailer for Project Power, a different kind of superhero story, starring Jamie Foxx, Joseph Gordon-Levitt, and Dominique Fishback in a film from directors Henry Joost and Ariel Schulman.

We’ve got a few reasons to be excited here, including the most obvious reason of all, the trailer itself is good. Really good. One less obvious reason is that Project Power hails from a script from Mattson Tomlin, who recently co-wrote The Batman with director Matt Reeves. The story revolves around a new street drug making the rounds in New Orleans that gives users a truly incredible rush—for five minutes, you are given superpowers that are specific to you. This means no two users become the same (albeit brief) superhero or supervillain. “You never know what your power is until you try it,” says Joseph Gordon-Levitt’s New Orleans cop.

The drug becomes the fulcrum around which Foxx’s character, a former soldier, Gordon-Levitt’s cop, and Fishback’s dealer all revolve. When Foxx’s daughter goes missing, he forms an unlikely team (with the above-mentioned cop and dealer) to track down the source of the drug, the very folks he believes are behind her disappearance. Do you think that the good guys might need to take the drug themselves to battle the baddies? Do you think that might be something you’d like to see? Yeah, us too.

Project Power premieres on Netflix on Friday, August 14. Check out the trailer below and feel the rush:

On the streets of New Orleans, word begins to spread about a mysterious new pill that unlocks superpowers unique to each user. The catch: You don’t know what will happen until you take it. While some develop bulletproof skin, invisibility, and super strength, others exhibit a deadlier reaction. But when the pill escalates crime within the city to dangerous levels, a local cop (Joseph Gordon-Levitt) teams with a teenage dealer (Dominique Fishback) and a former soldier fueled by a secret vendetta (Jamie Foxx) to fight power with power and risk taking the pill in order to track down and stop the group responsible for creating it.