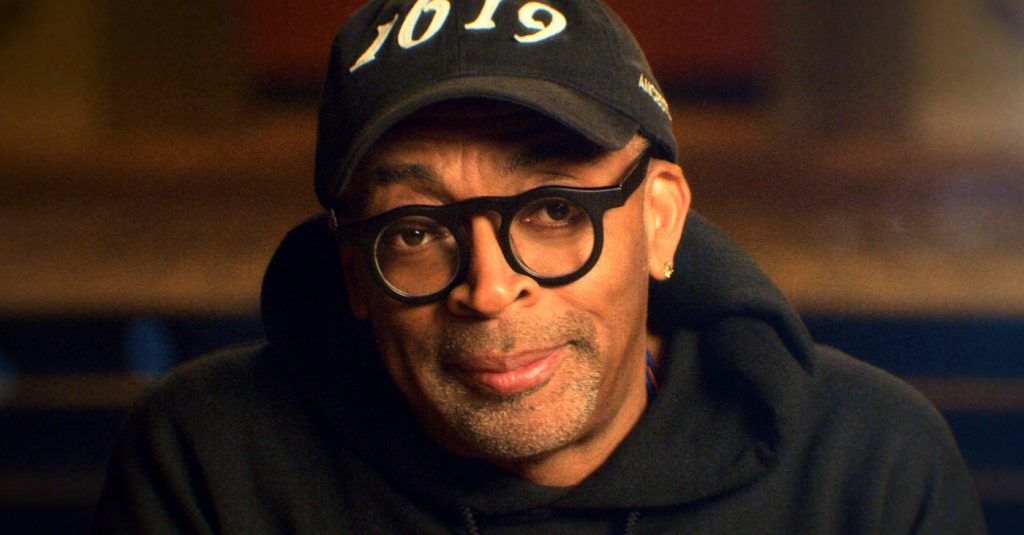 Randy Wilkins is a three-time Emmy Award-winning writer, director, and editor from the Bronx who has edited a handful of Spike Lee joints, including She’s Gotta Have It and Rodney King for Netflix. But for his latest project, Apple TV’s Dear… the tables were turned, and Wilkins was tasked with interviewing and directing Spike Lee, his longtime mentor.

“It was weird,” Wilkins says. “There was pressure for sure. When I told him I was doing the episode, he was definitely giving me some shit about it (laughs). I was curious how open and vulnerable he was gonna be with me, but I asked him the first question, and it took him 20 mins to answer, and I was like, ‘Ok, he’s gonna help me out here. He’s comfortable. He’s gonna open himself up.’

Dear… inspired by Apple’s forward-thinking “Dear Apple” spots, takes a new approach to the biography: Instead of just interviewing legendary cultural figures, it incorporates letters written by regular people whose lives have been significantly impacted by their work. The icons—Oprah Winfrey, Gloria Steinem, Lin-Manuel Miranda, Stevie Wonder, Aly Raisman, Misty Copeland, Big Bird—read the letters for the first time on screen, and the results are endearing and often sentimental.

Lee’s episode includes a heartfelt testimonial by WNBA star Candice Wiggins, whose father, Alan Wiggins of the San Diego Padres, struggled with drug addiction, resulting in several arrests and suspensions from baseball before he died of AIDS.

Wilkins and Wiggins hit it off from moment one. “Candice’s story just stands out,” he says. “We met the night before we had to film her scenes, and we had an immediate heart-to-heart, which I didn’t expect to happen. I thought we’d have a cordial conversation, but we spoke for about two hours. She was very open about how she felt about Spike, and it was clear that it was a very cathartic process. We tried to give her space to let her go through all of those emotions. What we felt on set is what people feel when they watch her story.”

Wilkins had a similar immediate connection with Lee when they first met in 2003, when Wilkins was working, post-graduation, as a Filmmaker in Residence at Franklin and Marshall College. “Spike was invited to the campus to discuss his career, and I ended up being his host,” Wilkins says. “So wherever he went, I was with him.”

At their first meeting, the ice was broken and a bond was formed when they got into an argument about sports, their other shared mutual love (before pursuing a film career, Wilkins was poised to become a professional baseball player, before a torn ACL derailed his athletic dreams). “The nerves [with Lee] went out the window, and my natural love and knowledge of sports just kicked in, we just kinda hit it off right from there,” he says. “We were talking about Pat Burrell from the Philadelphia Phillies. I said, ‘He’s not that great of a player,’ and he said, ‘If he’s in the major leagues, he’s gotta be pretty good,’ and we went back and forth about that.” By the end of the night, Wilkins handed Lee a documentary he’d made, not thinking he’d give it the time of day.

“I was thinking, ‘He’s just gonna throw it away,’ but he watched it, and when he was leaving, he said he liked it, but that I needed to learn how to make narrative films,” Wilkins says. Lee gave Wilkins his email address and said that if he was interested in going to NYU Graduate film school, he’d give Wilkins a recommendation. Wilkins got in, and after his first year, he became an intern at Lee’s company, 40 Acres and a Mule.

As an undergrad, Wilkins had only enrolled in a video narrative course out of desperation, to fulfill a college arts credit. But within five minutes of the first class, he was hooked. “When I went into it, I didn’t know that an everyday person could make a film. Movies were just things that I saw on the big screen. But I felt like it was something that came naturally to me—I saw things that other students weren’t seeing.” His first documentary, “100 Percent Live,” about a black-owned barbershop in the predominantly white area where his college was located, was a sold-out hit at the school’s first-ever African Arts Studies conference.

As an intern at 40 Acres, he joined the editorial department, where he had direct access to Lee and his filmmaking process. “One of the smartest things I’ve ever done in my life was taking an internship with the editorial department, and not being on set,” he says. “I basically saw the entire filmmaking process from beginning to end. I was in intimate settings with the great Barry Brown [Lee’s collaborator of more than 30 years] and Spike. I could hear their creative conversations, I could hear their thoughts behind making certain choices, watching their process unfold in real-time. If I were a PA on set, it would have been fun, and I would have interacted with more people, but I wouldn’t have really understood the filmmaking process.”

He also got to see all the footage, which led him to his current mantra, “Footage is Queen.”  “Whatever the footage tells you is where your story’s gonna head. That’s something I learned working with Spike, and I always take it with me.”