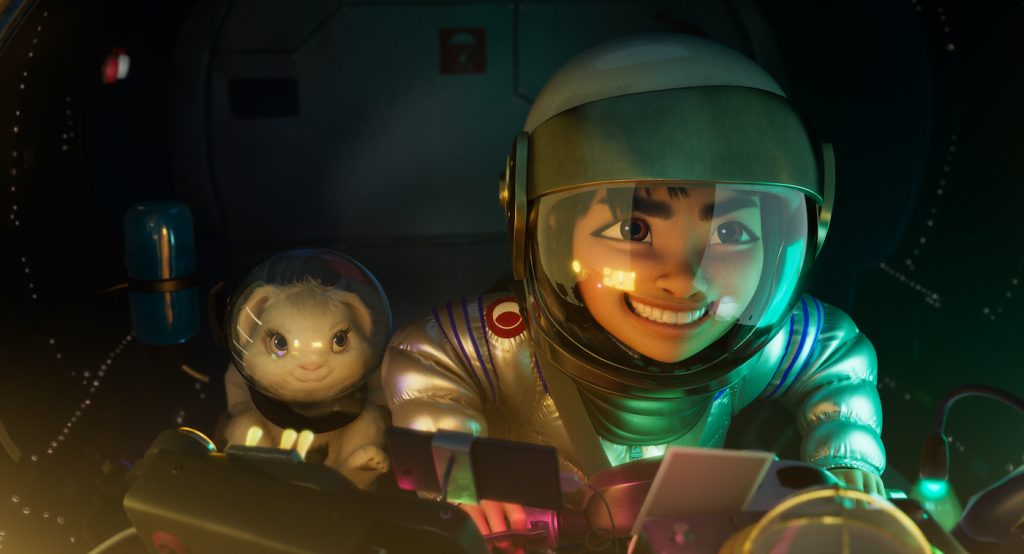 There are trailers, and then there are trailers. The first glimpse at Netflix’s Over the Moon definitely falls into the latter category. While one can never be totally certain about these things, it sure does feel like the streaming giant has an absolute smash on its hands here.

Directed by animation legend and Oscar-winner Glen Keane (you can read our two-part interview from a few years back with Keane here and here), Over The Moon tracks the story of a brilliant young girl who builds a rocket ship in order to fly to the moon and prove the existence of the mythical Moon Goddess. She’ll bring along her trusted best pal, Bungee (her pet rabbit), and, unfortunately, a stowaway in the form her of her little brother, and what she’ll find is a world unlike any she could have possibly dreamed.

The trailer is, in a word, gorgeous. Keane is a master illustrator, having helped create The Little Mermaid‘s Ariel, Beauty and the Beast‘s titular Beast, and a lot more. Over The Moon is his directing debut, off a script from the late Audrey Wells (The Hate U Give). Oscar-winning Gravity composer Steven Price is on hand to score the film, with musicians Christopher Curtis, Marjorie Duffield, and Helen Park creating songs.

Netflix has partnered with Pearl Studios in China, the folks who produced DreamWorks’ Abominable, as well as with Sony Pictures ImageWorks. The animation looks ravishing. and is the product of deep research in China.

Over The Moon is set to premiere on Netflix this fall. Check out the trailer below: