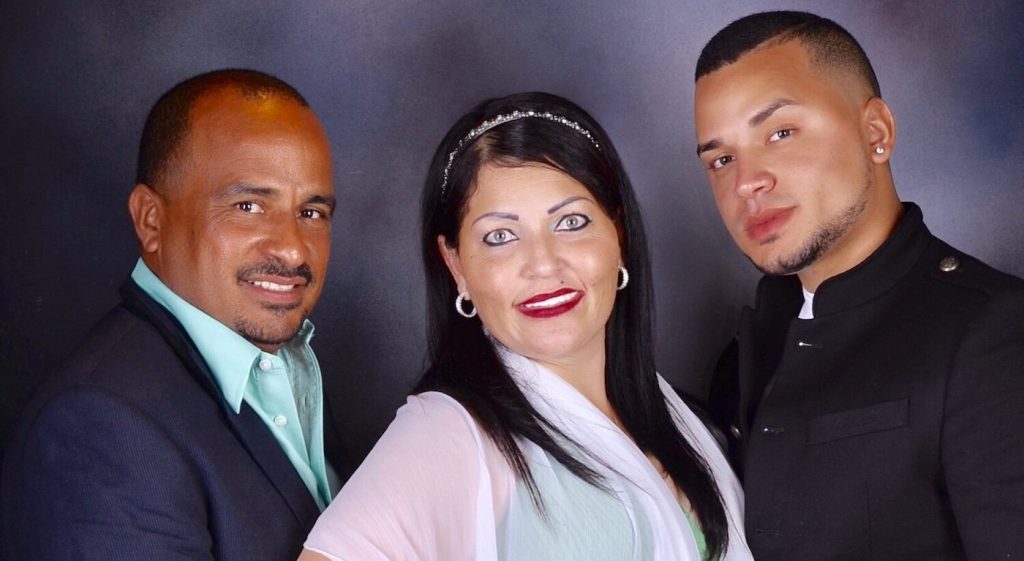 Documenting the contemporary gay and transgender experience of young Americans and their families through the lens of religion isn’t easy. First, there’s the matter of finding interview subjects. For the follow-up to his Oscar-shortlisted documentary For the Bible Tells Me So, which focused on the homophobia of the religious right, filmmaker Daniel Karslake met with about thirty different families before matching with the four subjects and their parents at the center of For They Know Not What They Do, which begins streaming on June 12. Karslake alternates their experiences coming out or transitioning with testimony from progressive religious leaders like Bishop Gene Robinson and Reverend Dr. Jacqui Lewis, while showing what his protagonists are up against via ample footage of anti-LGBTQ religious services and political rhetoric delivered in the name of the so-called religious freedom movement. Why only footage? Nobody from the movement would agree to be interviewed. Which leads us to Karslake’s most pressing imperative: getting a range of familial experiences on camera, as they relate to different approaches to Christianity, and coming out the other side with an empathy-inducing portrait. For They Know Not What They Do accomplishes this feat in a deeply moving way.

With a shared focus on contemporary gay and transgender experiences against the backdrop of a right-wing backlash, Karslake’s interviewees include: Sarah McBride, the first transgender person to address the Democratic National Convention, and her Presbyterian parents; Vico Báez Febo, a young gay Latinx man and his loving, Catholic Puerto Rican parents; Elliot Porcher, a non-binary rising college student from a multi-racial household; and finally, Rob and Linda Robertson, evangelicals who advocated for conversion therapy for their son, Ryan, a decision that would prove deadly. For They Know Not What They Do is heartbreaking, but it’s also full of warmth, with Karslake elegantly demonstrating that the arc of a Christian family with a gay or transgender child can turn out tragic or triumphant, but the outcome will strongly hinge on individual interpretations of faith.

For every exquisitely painful moment wherein the Robertsons relive how their beliefs led Ryan to conversion therapy, addiction, and overdose, you have the Báez-Febos, whose religious faith comes across just as unshakeable, but who never doubt their son, just as he is, as a child of God. While for a secular viewer, it’s easy to simply wish away the parental religion in support of their children, Karslake’s achievement is to benevolently convey how difficult wholesale religious divestment would be for most of his subjects. Instead, contrasting families like Sarah’s, Elliot’s, and Vico’s with the Robertsons’ growth and redemption, the film is an insight into how faith and LGBTQ acceptance can fully co-exist. The message is paramount to the director’s intended audience. “You can’t make a movie that changes hearts and minds of those people who are not yet with us unless you meet them where they are,” Karslake says. “I made the movie for the Robertsons of the world, who don’t yet know they have a gay or trans son or daughter, so that they won’t make that same choice. Because it happens so much more than we know.”

For its audience as a whole, For They Know Not What They Do is also an effective warning about the U.S. political and religious right, which, having lost their battle against marriage equality, have refocused their attacks on transgender rights. While raising money within the gay community to make the documentary, Karslake faced some skepticism. “Why do we need another film about this?” was the general question, but that moment of complacency has already passed. “The good news is that a lot of that has shifted back, and people get that the fight for equality on a lot of levels is not over by far,” he says.

Several of Karslake’s upcoming projects expand into less-explored areas of that fight. He is executive producing Robert, a documentary about Robert Biedron, the first openly gay man to run for president in Poland, where about a third of the country has declared itself an “LGBTQ-free zone.” He’s also on the producing team for 1946, the titular year that an error led to the word “homosexual” being added to the Bible for the first time, leading to unquantifiable wreckage. Karslake’s projects have a tendency to resonate with the fight for social justice today, whether they reflect on contemporary battles or shed light on lessons from history. We’re particularly looking forward to Hitler’s Man in Hollywood, the director’s first narrative project. The subject? Georg Gyssling, a Nazi envoy to Los Angeles who, from 1933 through 1940, successfully repressed anti-German sentiment and positive portrayals of Jewish characters in every major studio film to come out of the U.S., the supposed land of the free.

To see For They Know Not What They Do, you can access the streaming link through supporting a local theater here.