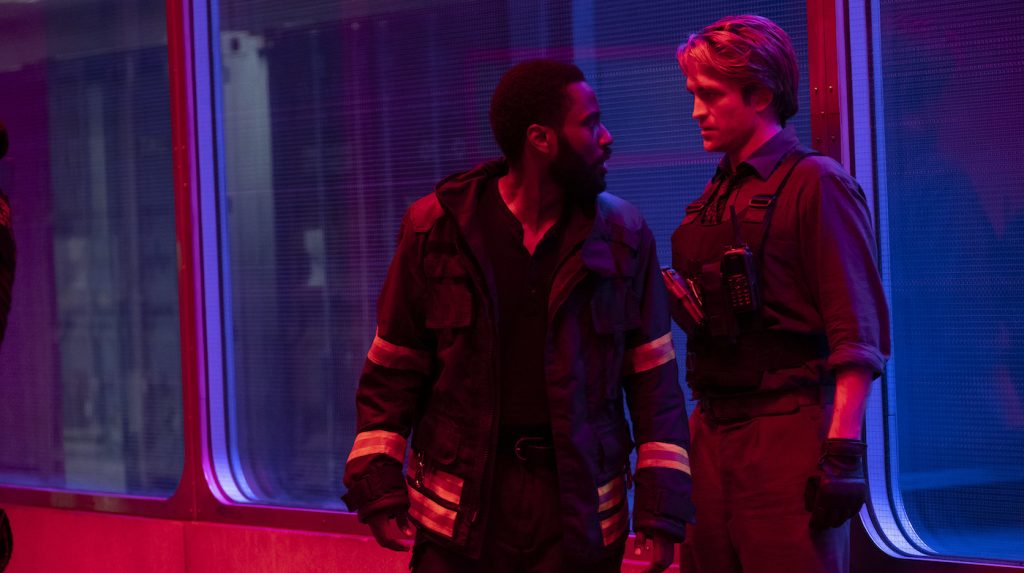 When Warner Bros. dropped the new trailer for Christopher Nolan‘s Tenet last Friday, we were, to put it mildly, enthused. Nolan’s latest is a sci-fi epic on the scale of his brilliant, beguiling 2010 dreams-within-dreams caper Inception. In fact, according to star John David Washington, Tenet is even bigger. In an interview on Twitch TV on the gaming platform Fortnite, Washington said Tenet was far ahead of even Nolan’s past features:  “We’re familiar with [Nolan’s] films, but this seems like something different. It seems like this is where he’s about to take us for the next 10, 15 years of filmmaking,” he said.

In the new trailer, there’s a ton of intriguing stuff happening and all very quickly. We’ve got Washington’s character, simply called Protagonist, joining an elite team of special agents to take part in some time-inverting international espionage. Their goal is to try and stop armageddon from happening. “You’re not shooting the bullet,” Clémence Poésy’s Q-like character says at one point in the trailer, handing Protagonist a pistol, “you’re catching it.” And that’s precisely what happens; Protagonist re-shells a bullet that flies out of a target and back into his gun. It was awesome.

Yet the biggest moment in the trailer belonged to the film’s biggest prop—a 747 jet, which Robert Pattinson’s character explains to Washington’s Protagonist that they’ll need to blow it up in order to pull off their plan. When Protagonist asks him, “how big a plane?” the answer he gets from Pattison is, “That part is…a little dramatic.” We then see a glimpse of this moment—a massive 747 is driven into a hangar at night, and the glories of CGI make it all seem so real.

But wait, what if it was real? Nolan revealed to Games Radar that when they were prepping the scene, they had initially planned on pulling it off via a more traditional route: “I planned to do it using miniatures and set-piece builds and a combination of visual effects and all the rest,” Nolan says, until he discovered a bunch of older planes on location in Victorville, California, “We started to run the numbers… It became apparent that it would actually be more efficient to buy a real plane of the real size, and perform this sequence for real in-camera, rather than build miniatures or go the CG route.”

Working with special effects supervisor Scott Fisher and production designer Nathan Crowley, the Tenet team pulled off one colossal practical effect. “It was a very exciting thing to be a part of,” Nolan said. Yeah, we bet.

Tenet will be in theaters soon. Or we should say, eventually. The original release date was July 17, 2020, but we’ll let you know more about that when we do.

Armed with only one word—Tenet—and fighting for the survival of the entire world, the Protagonist journeys through a twilight world of international espionage on a mission that will unfold in something beyond real-time.
Not time travel. Inversion.