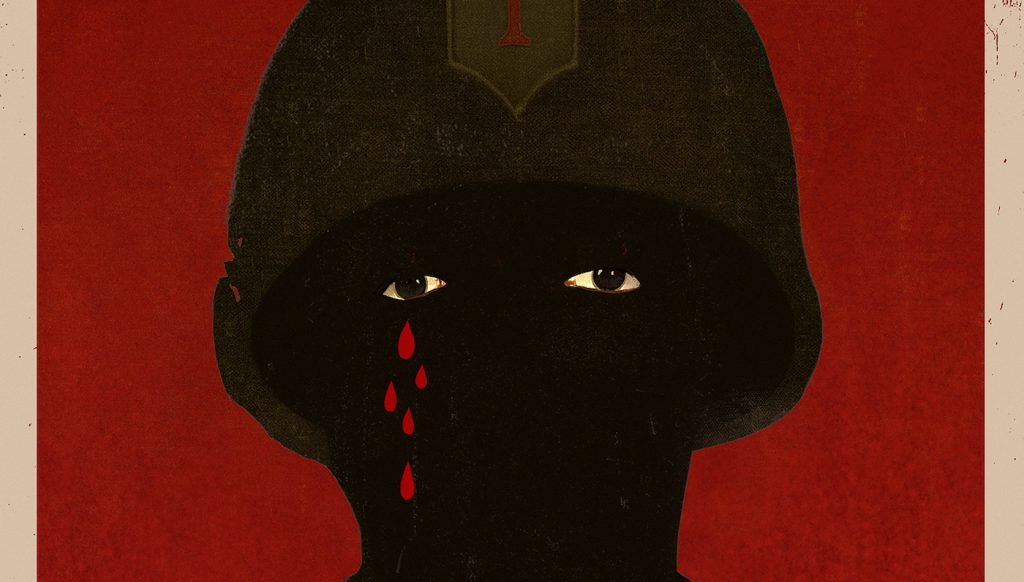 You have to love a surprise Spike Lee film announcement, which is what the news of Da 5 Bloods will be for most folks. Lee teased his new Netflix film in a Tweet, revealing both the poster and the June 12 release date. The film tracks four African-American Vietnam veterans who return to the country to search for the remains of their squad leaders. Also, to try and track down some buried treasure.

The cast, as is always the case in a Spike Lee joint, is excellent. Chadwick Boseman, Delroy Lindo, Clarke Peters, Isiah Whitlock Jr., Norm Lewis, Johnathan Majors, Paul Walter Hauser, and Jean Reno are on hand here. Lee’s been working on Da 5 Bloods for a while now, and he directs from a script he co-wrote with Paul De  Meo, Danny Bilson, and Kevin Wilmott. It was with Wilmott that Lee co-wrote, and won an Oscar for, the script for the excellent BlacKkKlansman. They shared that best adapted screenplay award with fellow scribes Charlie Wachtel and David Rabinowitz.

From Academy Award® Winner Spike Lee comes a New Joint: the story of four African-American Vets — Paul (Delroy Lindo), Otis (Clarke Peters), Eddie (Norm Lewis), and Melvin (Isiah Whitlock, Jr.) — who return to Vietnam. Searching for the remains of their fallen Squad Leader (Chadwick Boseman) and the promise of buried treasure, our heroes, joined by Paul’s concerned son (Jonathan Majors), battle forces of Man and Nature — while confronted by the lasting ravages of The Immorality of The Vietnam War.