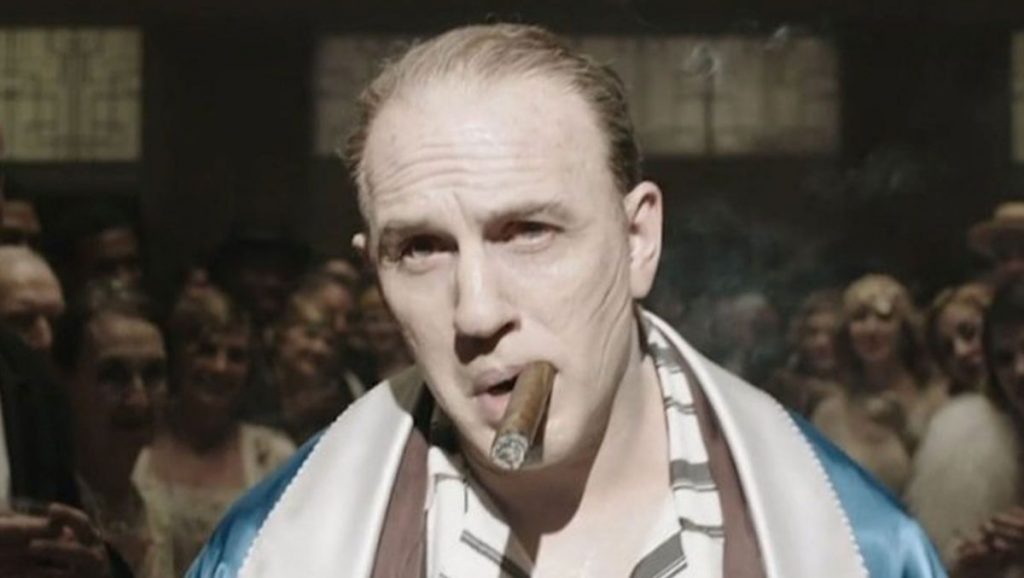 The title may have changed, but director Josh Trank and star Tom Hardy are still delivering their long-awaited Al Capone film. Formerly called Fonzo, Trank took to Twitter to reveal the trailer for his newly titled film Capone, with distributor Vertical Entertainment releasing this look into the gangster’s later years on digital on May 12.  Trank revealed the trailer yesterday, on Tax Day, a fitting date considering the crime that eventually took Capone down was tax evasion.

The Capone trailer looks appropriately gritty, bloody, and intense. It also has one of the most compelling actors of his generation in a role that demands charisma. “You know what the difference is between Adolf Hitler and Al Capone?” one of the G-Men tasked with taking Capone down asks. “Hitler’s dead.” Okay then!

Capone will offer another take on one of cinema’s favorite gangsters. You can trace Capone’s pull on filmmakers all the way back to 1932, with director Howard Hawks’ Scarface, which was based on a novel of the same name that was inspired by Capone’s crime career. Joe Muni played Antonio “Tony” Camonte in Scarface, the stand-in for Capone, but for film buffs, when you conjure Capone you usually think of Robert De Niro, who played him in Brian De Palma’s iconic 1987 crime drama The Untouchables. More recently, Stephen Graham gave an electric performance as Capone in HBO’s excellent series Boardwalk Empire. Hardy has more than enough gravitas to play one of America’s most infamous crime bosses, and in Capone, he’s surrounded by a fantastic cast.

The cast includes the always fantastic Linda Cardellini, Matt Dillon, and Kyle MacLachlan. Capone will look at the life of the legendary Chicago mobster after his 10-year prison bid when his mind starts failing due to dementia. If the trailer is any indication, this looks like a tasty treat for your early May watch list.

Once a ruthless businessman and bootlegger who ruled Chicago with an iron fist, Alfonse Capone was the most infamous and feared gangster of American lore. At the age of 47, following nearly a decade of imprisonment, dementia rots Alfonse’s mind and his past becomes present. Harrowing memories of his violent and brutal origins melt into his waking life. As he spends his final year surrounded by family with the FBI lying in wait, this ailing patriarch struggles to place the memory of the location of millions of dollars he hid away on his property.